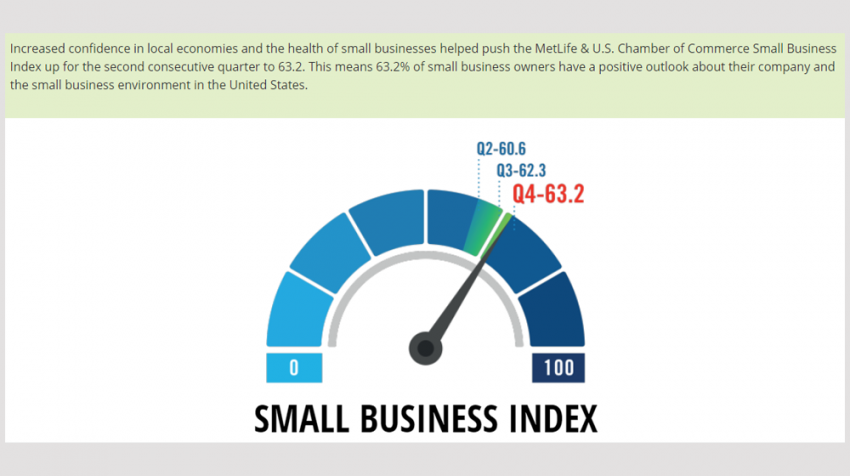 For the second consecutive quarter, the MetLife (NYSE:MET) and Chamber of Commerce Small Business Index revealed an increase in optimism aong entrepreneurs. The second and third quarter of 2017 showed the index at 60.6 and 62.3 respectively, with the fourth quarter coming in at 63.2.

According to the index, the majority of small business owners in the US, or 63.2 percent of them, have a positive outlook on the business environment and their company. The confidence also extended to the financial health of their company, 61 percent stating it was good this quarter.

The phone survey was carried out from September 18, 2017 to October 16, 2017 with 1,000 small business owners and operators. The participants were from the continental US, as well as Alaska and Hawaii.

The index highlighted several points, beginning with disaster preparedness. This was especially important this year because of the number of catastrophic natural disasters throughout the country. In the survey, one-third of small businesses said they had a plan in place to deal with a natural disaster, while one quarter revealed they didn’t have a plan for any type of catastrophic event.  When it came to cybersecurity, less than half had a plan in place.

James W. Reid, executive vice president for Regional and Small Business Solutions at MetLife, said in a press release announcing the survey results, “The number of recent disasters across the United States underscores the importance of planning ahead. Small business owners told us they are not prepared for natural or man-made disasters, and we want to make sure they will have the help they need when the time comes.”

Outside of the disaster issue, the outlook is overall positive.

More than half of small business owners or 57 percent expect revenues to increase next year, and 25 percent plan to increase investment in their business. Unlike in the past, two-thirds of all small businesses said holiday sales are not “make-or-break” for them.

When it comes to national and local outlooks, local economies are looking “increasingly rosy,” according to the survey.

The survey also scored different regions in the US with assessments of the strengths of their small businsses. The South came in first at 63.7, with close to 7 out of 10 small businesses responding the health of their business is “somewhat good” to “very good”. This was followed by the West at 62.5, Midwest at 62.4, and the East at 61.1. 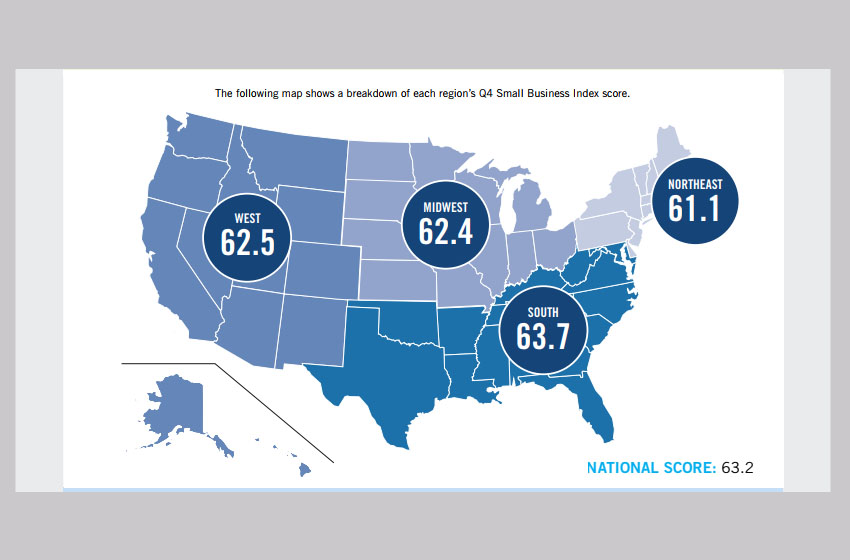 The MetLife and Chamber of Commerce Small Business Index is the latest survey to paint an overall positive picture of small business owners’ sentiments. The Capital One Spark Business Small Business Growth Index which was also released this month came to a similar conclusion.