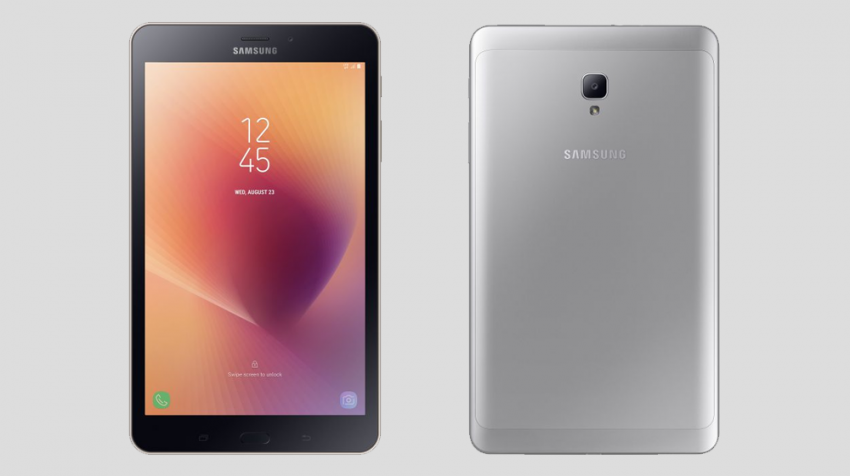 Samsung Electronics (KRX:005930) this week introduced its newest Android tablet, the Galaxy Tab A, which appears to take on Amazon’s low-cost tablets like Amazon Fire. If you are looking for a budget tablet that delivers enhanced performance and everyday usability, the Galaxy Tab A could be it.

According to the South Korean multinational electronics company, the Samsung Galaxy Tab A tablet lets you do more, faster, whether at home or on the go. It features a long-lasting battery (5,000mAh) that lets you power through emails, movies, games, and more, all from a single charge that lasts up to 14 hours.

Small business owners who travel a lot and need a multi-functional device for working on the go may like that the Galaxy Tab A comes with 16GB of built-in storage with up to 256GB of expandable memory for additional files storage. And if you need more screen size than your phone screen to work from, the Tab A features an eight-inch, 1280 x 800 display that looks good in any light, while still keeping the device portable, the company says.

“It’s the tablet that’s just as easy to take on the go or curl up with on the couch, with long-lasting battery life to get the entire family through the day,” wrote Sangsuk Roh, Vice President of Tablet Product Strategy for Mobile Communications Business at Samsung Electronics, on the company’s NewsRoom blog.

Similar to Amazon’s Fire tablets, the Galaxy Tab A also packs family features that allow kids to have their own accounts with parental controls set up beforehand, such as available content and time limits. A handy “kids mode” populates the tablet with games and apps from Samsung partners, including Lego.

Tab A has a sleek metal body and smooth rounded edges that make it comfortable to hold. It became available for $229.99 on November 1, offered in WiFi or LTE models in Black, Silver and Gold.