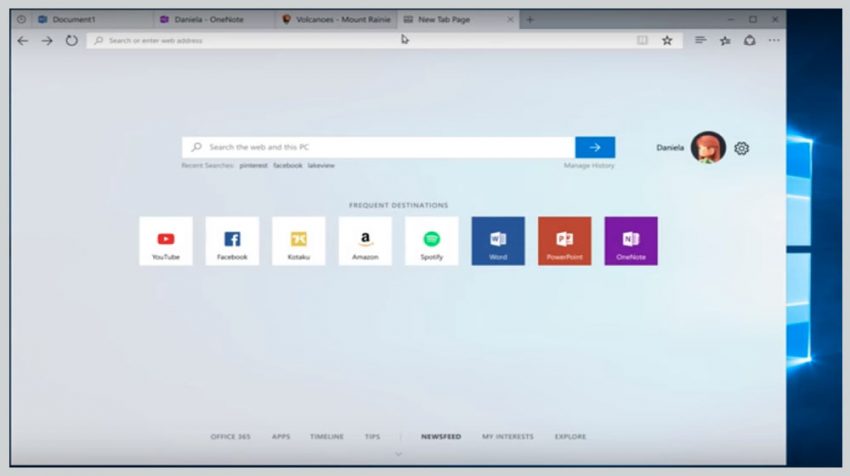 Microsoft (NASDAQ: MSFT) just announced Sets, a new feature which will make your workspace more efficient and the apps you work with easily accessible.

Microsoft is tackling the task of bringing all of the apps together with Sets. This is one of those features that will have you saying, “What took so long?” Sets puts the applications and files of a project in a single tabbed window, and you will be able to access it across devices and platforms.

Whenever you work on a project, you might use Word, Excel, PowerPoint, Photoshop, YouTube, browse on the web and much, much more. While your browser might have your history, you will have to retrieve the other apps one at a time. This is a time consuming process, and one the new Microsoft feature was created to streamline.

What does this mean for your small business?  Sets will save you a lot of time when you are working on projects. Whether it is writing a report using only Word, or a complex project with multiple applications, you can now access them with just a click, even if you started weeks ago.

In an email sent out to Windows Insiders, Terry Myerson, Executive Vice President for Windows and Devices at Microsoft, describes the objective of Sets, “The concept behind this experience is to make sure that everything related to your task: relevant webpages, research documents, necessary files and applications, is connected and available to you in one click.”

What is Sets Doing?

The best way to explain it is, Windows is turning its interface into a kind of browser. Just as you can open multiple tabs on your browser and it will keep the history, Sets is essentially doing the same thing. It will work along with Timeline to organize the different apps into Sets.

While the end result might look simple, Microsoft is having to overhaul its Desktop Windows Manager within Windows 10 so apps can be switched using tabs.

When Will You See Sets?

Over the coming weeks select users part of the Windows Insiders Program will be first to experience Sets. It will roll out as an A/B test limited to Universal Windows Platform apps, such as Mail and Calendar. Other apps will become available in early 2018, including Microsoft Office 365 and others.

Microsoft will announce availability based on feedback from the test.