The A to Z of Bitcoin, Cryptocurrency and ICOs for Small Businesses 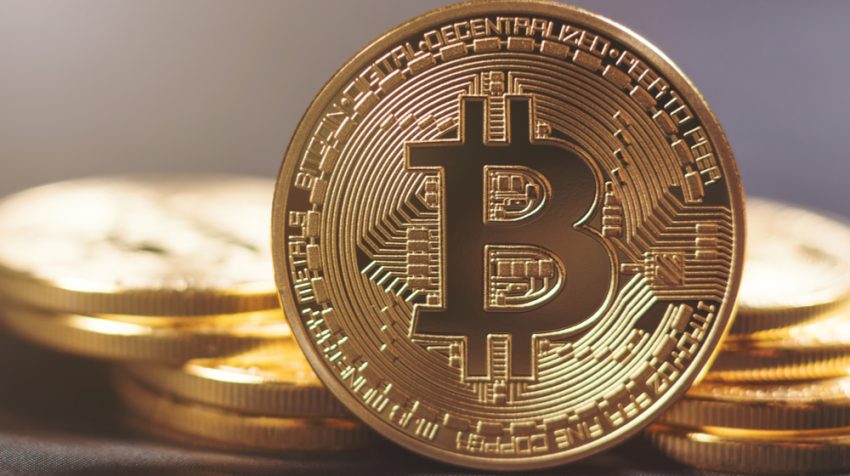 Cryptocurrencies such as Bitcoin and Ethereum and Initial Coin Offerings (ICOs) have been a hot topic in finance circles this year.

Bitcoin skyrocketed to almost $20,000, causing some businesses to get involved in bitcoin primarily to ride the hype.

It then lost 30 percent in one day which led to suspended trading. 16+ million Bitcoins valued at more than $213 billion are now circulating with 21 million left to mine.

Speculators are causing extreme price and valuation volatility. There have been many dramatic losses in value along the way as well as gains.

Should Small Businesses Accept Bitcoin or Other Cryptocurrencies?

Small businesses should seriously consider accepting Bitcoin as payment because very little is necessary to make that happen.

There are third party payment companies such as Stripe supporting Bitcoin payments. Check to see if your merchant account provider has added that ability.

Forbes reported back in 2015 that shoppers could buy gift cards for over 150 different stores using eGifter. That number is up to 250+ retail stores today.

Any small business could choose to offer gift cards to expand its market base to shoppers using cryptocurrencies without actually having to accept them on their ecommerce site or in their stores.Offering any method of payment in Bitcoin or other cryptocurrencies can get you mentions on social media as well as free, positive press from bloggers and possibly even in the mainstream media.There is minimal risk if you are only providing a method for someone to spend bitcoin they hold in their electronic wallet while you accept it in dollars or another mainstream currency.

Pros of accepting cryptocurrency payment include:

Cons of accepting cryptocurrency include:

Holding Bitcoin or any cryptocurrency is very different than enabling people to spend their currencies with your small business. Unless you are a speculator and willing to risk your investment, convert payments immediately to dollars or your local mainstream currency.

According to CNN in December, 2017: “Major exchanges are getting into the game. Starting this month, investors will be able to trade Bitcoin futures on the Chicago Board Options Exchange and the Chicago Mercantile Exchange, and the Nasdaq could join the list next year. ”

Understanding what Bitcoin is makes it easier to understand cryptocurrencies. The fast way to do that is by watching this documentary on the Bitcoin phenomenon.

Bitcoin has become a popular way to send money between countries, but that value is typically quickly converted and can even be withdrawn from 1,957 bitcoin ATM machines in 61 countries.

Withdrawing immediately reduces the risk of the value going down. Some may choose to hold them instead, hoping to cash in on increases.

The next logical step in the digital currency evolution is for blockchain-based companies to offer blockchain investment services.

That’s where ICOs come in. Initial coin offerings are a new way for startups to raise capital as investors benefit from the growth potential of early stage businesses.

The idea was born in 2013 when Mastercoin, a protocol of the Bitcoin blockchain, raised $500,000 selling tokens.

Perhaps the most famous ICO so far is Ethereum, which raised $18 million in 2014 by selling tokens that facilitate o­nline contracts.

Momentum kept building from there, and many companies are now raising millions of dollars in minutes. ICOs had raised $1.2 billion to surpass early stage VC funding back in August, 2017.

“We’re seeing about 30 new ICOs launching per day,” Miko Matsumura, co-founder of the Evercoin Cryptocurrency Exchange, told Business Insider. “Year to date we’ve seen about $3 billion go into the ICO market. So, we’re seeing companies raise as much as $200 million USD per ICO. And what’s interesting they’re raising it in bitcoin and ether. The value of which also continues to rise.”

So Just What Is an ICO?

Buyers can either keep and use the tokens or sell them later, speculating that they’ll be worth more after the launch.

Every ICO is a little bit different, but they usually sell a set number of tokens within a predetermined time span.

The sale ends once either of those limits is reached. The buyers can use their new tokens as they choose.

“Imagine that a friend is building a casino and asks you to invest. In exchange, you get chips that can be used at the casino’s tables once it’s finished,” the New York Times’ Kevin Roose explains. “Now imagine that the value of the chips isn’t fixed, and will instead fluctuate depending on the popularity of the casino, the number of other gamblers and the regulatory environment for casinos.

“Oh, and instead of a friend, imagine it’s a stranger on the internet who might be using a fake name, who might not actually know how to build a casino, and whom [sic] you probably can’t sue for fraud if he steals your money and uses it to buy a Porsche instead.

Is an ICO Right for You?

Before even considering an ICO, ask yourself how you can integrate digital currency into your business model.

If there’s not a logical use for them, digital tokens don’t yet offer significant value to your buyers and potential customers.

ICOs are for the most part still relegated to the blockchain world and online businesses that deal in cryptocurrency transactions.

Still, with the rapid evolution of digital currencies, each day sees more entrepreneurs and businesses experimenting with innovative ways to sell and redeem some type of utility tokens.

Think you have a genius idea for integrating digital tokens in your small-business model? Before further considering an ICO, ask yourself the following questions:

ICOs raised over a billion dollars in the first half of 2017. Many have raised insane amounts of money in days or even hours.

But, 99 percent of ICOs will fail because they fail to deliver on what the funds were raised to do.

The crash will lead to a reevaluation of the market and greater scrutiny of future cryptocurrency investment projects. Companies will have to start jumping through extra hoops to launch a successful ICO.

In fact, Ethereum founder Vitalik Buterin believes 90 percent of current ICO projects will eventually crash, leading to the emergence of superior “tokens 2.0” between 2018 and 2019.

“This, basically, is tokens 1.0,” Buterin recently said as part of a panel on how decentralized technology will impact society. “There are some good ideas, a lot of very bad ideas, and quite a few out and out scams as well.

“I expect that tokens 2.0 and the kinds of things that people will start building in 2018 and 2019 will generally be of substantially higher quality. Especially once we start seeing what the consequences of the first wave of tokens are in the medium-to-longer term.”

To host a successful ICO in the future, companies must be sure it features certain necessary elements that establish confidence among potential buyers and protect the interests of all parties:

ICO fraud has been an issue to token investors, largely due to lack of regulation. But that is rapidly changing as the U.S. Security and Exchange Commission, as well as other global government agencies, evaluate what type of security laws apply to cryptocurrencies and ICOs.

According to Forbes, “In recent months, ICOs have become the target of growing scrutiny in many jurisdictions, including China, South Korea and the United States.” Uncertainty about ICOs may be part of why the price of Bitcoin is increasing so dramatically.

In 2018, digital ID may be required to validate a company’s compliance. Entrepreneurs even considering a future ICO should look for cryptocurrency networks that meet the ICO 2.0 criteria.

Companies like Swissborg are responding to these stricter demands, introducing networks legally structured to align with this new phase of ICO integrated with a community using votes as “proof of meritocracy”.

Making it possible for customers to buy from you using Bitcoin and other cryptocurrencies should be fairly low risk and does not require changes to your site or how you do business.

Carefully analyze the risk prior to investing or holding any cryptocurrency. It should be obvious by anyone reviewing the changes in price that Bitcoin is highly speculative.

Launching an ICO is extremely complex. Only create your own ICO after undertaking much research and obtaining expert advice.