Why Blockchains Matter to the Future of Small Business 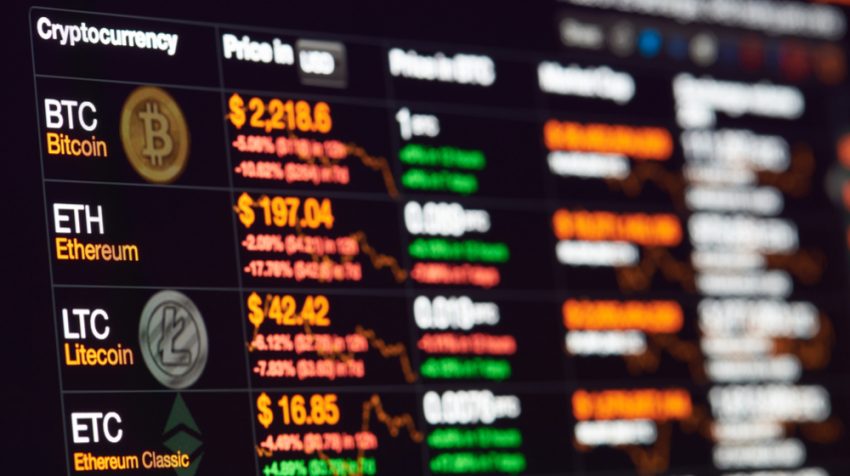 When asked about trusting governments in 2017, the majority of people surveyed in 28 major countries didn’t answer positively. Civilizations have been built on trust, but the survey (named the 2017 Edelman Trust Barometer) paints a bleak picture. And according to the Pew Research Center, only 2 in 10 Americans have “a lot” of trust in news media. It’s hard to imagine things getting worse.

What can we look to? The Economist thinks it’s helpful if we think of blockchains as a “trust machine.”

In 2017, the everyday person came to associate blockchains with cryptocurrencies (such as Bitcoin), but that’s not the entire picture. On blockchains, encryption guarantees the trustworthiness of a transaction, whether that’s a Bitcoin transaction or some other type. Most importantly, you’re trusting multiple sources, along with more than one form of encryption.

This is very different than the current way of trusting one central body. We’ve come to accept flawed systems, even though many are vulnerable to breaches and other nightmares. Think of the Equifax fiasco around the summer of 2017. When you hear blockchain enthusiasts talk about “centralized systems”, they’re referring to the old systems people are growing tired of. Jeremy Epstein, Sprinklr‘s former marketing Vice President, says there’ll come a time when customers will demand the transparency and security made possible by blockchains’ goal of “decentralization.”

If blockchain goes mainstream, proponents believe customer experience would improve so much that we’ll see more innovation — and competition and disruption — leading to even better and better customer experience. And a key to that is a mass increase in trust. Even now there are startups experimenting with blockchain innovation, but most of it goes under reported or not given any media attention at all.

Small Business Trends interviewed Epstein because he’s written and spoken about blockchain from a marketing perspective. One takeaway from the interview: While “shiny new things” are usually a distraction and insignificant to the big picture, blockchains represent a seismic shift — they aren’t the latest shiny new distraction. Proponents say blockchains could have as much global impact as the advent of the world wide web.

Small Business Trends: How can blockchain “protect democracy” and privacy rights? Is it just because it’s decentralized? I’m sure I’m in the same boat with many small businesses who simply aren’t connecting the dots: ledgers, democracy — they seem strange to include in the same discussion. 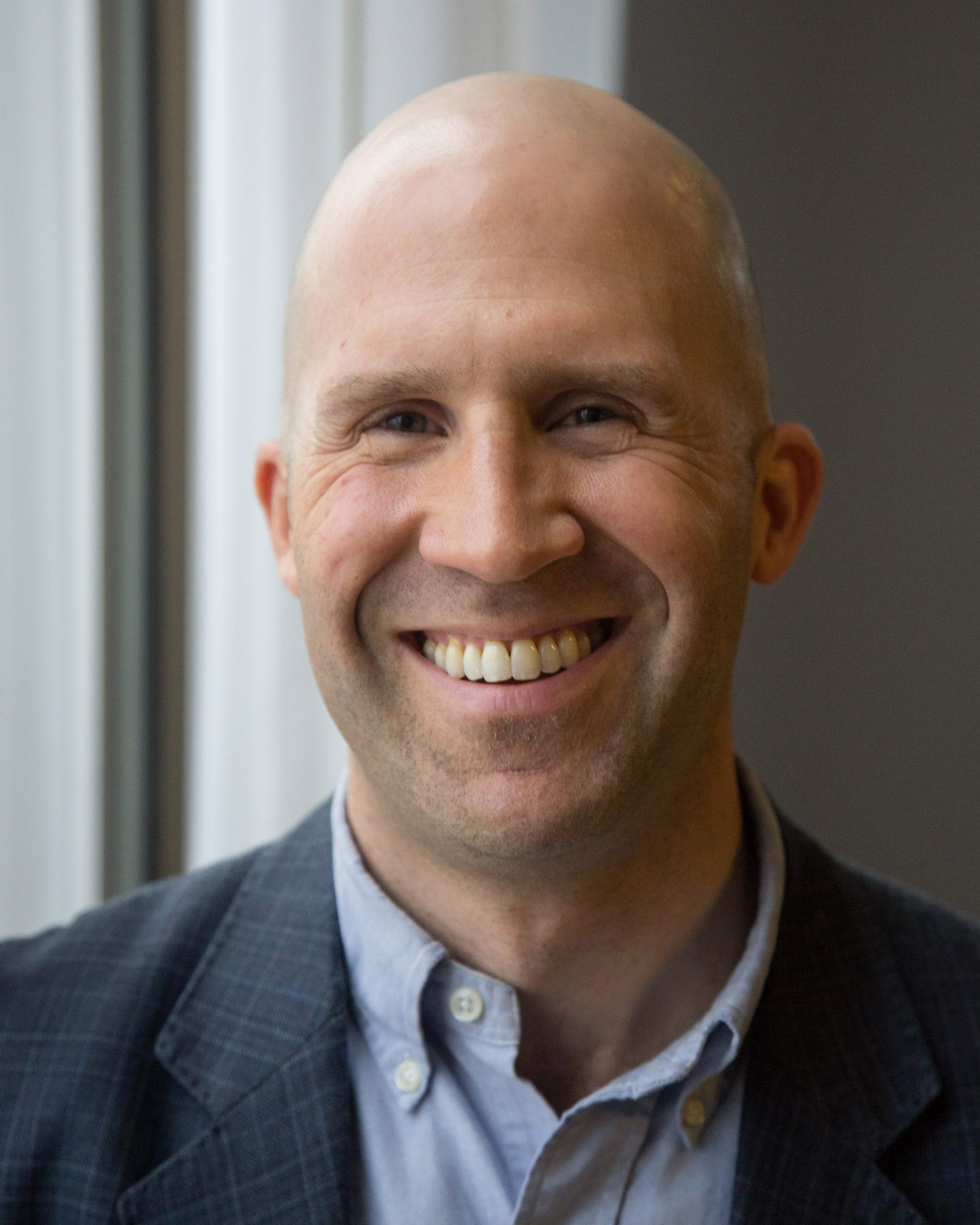 Jeremy Epstein: I have spent my entire career as a marketer in the technology industry. I’m as big a technophile as you are going to find out there. At the same time, I understand the inherent dangers of the technology systems that currently sit at the center of our lives and the power they potentially have to limit civil liberties, freedom of speech and stifle innovation. That is not okay with me.

It’s been a challenging year for many Americans, but I still believe in things like democracy, freedom of speech, the right to privacy and civil liberties. That’s why I am so intensely focused on helping people understand that the arrival of blockchain or, better said, distributed ledger technology, is ultimately going to have a very positive impact on society by ensuring that many of these these values can be protected.

Beyond that, as a Type A personality, I like efficiency. The fact that blockchain has the potential to eliminate third-party intermediaries who are toll-taking middlemen is very, very appealing. I think this is partly why the first book I curated, “Blockchains in the Mainstream: When Will Everyone Else Know?” was received so well by people in the industry. In it we had blockchain leaders explain their visions of why this tech is important. It resonated.

Small Business Trends: At the end of 2017, it’s far from mainstream. Marketers and especially the everyday joe have lots to try to understand about blockchain, or is it more about practical apps versus understanding?

Jeremy Epstein: One lesson from business history is VHS-Betamax. The best technology doesn’t always win. Betamax is the classic example. The entrepreneurs who are building the next generation of technology are brilliant engineers. However, they aren’t marketers. In order for the decentralized future to get here faster, we have to build products people will use. I am very fortunate to work with top tier blockchain projects like OpenBazaar and Zcash among many others who are paving the way.

I’m a lifelong student of marketing. What we’ve seen over time is that, while the fundamentals of marketing don’t change over time, the how of marketing does change. TV changed the nature of reach. Internet made marketing faster and digital. Social made it two-way and mobile made it location independent. Blockchain will impact marketing, too. I wrote the “CMO Primer for the Blockchain World” which includes forewords by the CMO of Nasdaq and the CMO of Dun & Bradstreet. In the 70 pages, we cover topics like advertising, loyalty, brand and customer experience. I want to help marketers understand the massive change that is about to happen so they can prepare.

Small Business Trends: What kinds of companies do you help?

Jeremy Epstein: I work closely with start-ups who are inventing the business models of the future. OpenBazaar is a decentralized marketplace. Zcash gives people the right to protect their own privacy. Gladius allows people to re-sell their bandwidth and makes it cheaper for companies to avoid DDoS attacks, which are costly.

KickCity will lower customer acquisition costs for events. WishKnish is building community-driven marketplaces. Papyrus is seeking to eliminate the huge waste in digital advertising and Kudos will make it easier for people who participate in the sharing economy to have their hard-earned reputation move with them across various services.

I also speak at corporate events for Fortune 2000 companies who want to understand the “mind of the disruptor” in terms they can understand.

Small Business Trends: You were vice president of marketing at Sprinklr, from the time it was valued at $20 million and now it’s got a $1.8 billion valuation. But now you’re all-in on blockchain? They’re so different.

Jeremy Epstein: Sprinklr is an amazing company and still going gangbusters. I am proud of my time there and love the people and experiences. I am passionate and excited about helping new technologies get into the mainstream. With social media, that mission was accomplished. Once I got my head around decentralized technologies, I knew I had found my next calling.

Small Business Trends: Should small businesses, or anyone for that matter, be wary of crypto fans who say they have expertise? They’re all over Facebook and Twitter during bull market trends — It’s like an echo chamber, but between blockchain and crypto, the latter seems to have more bad actors.

Jeremy Epstein: Anyone in this industry who says he has figured it all out is a liar. It’s a huge paradigm shift and we’re all trying to get our heads around it. I blog five days a week (neverstopmarketing.com) with the sole purpose of engaging my thousands of subscribers with the things I am trying to understand. They offer their feedback and, together, we’ll figure it out.