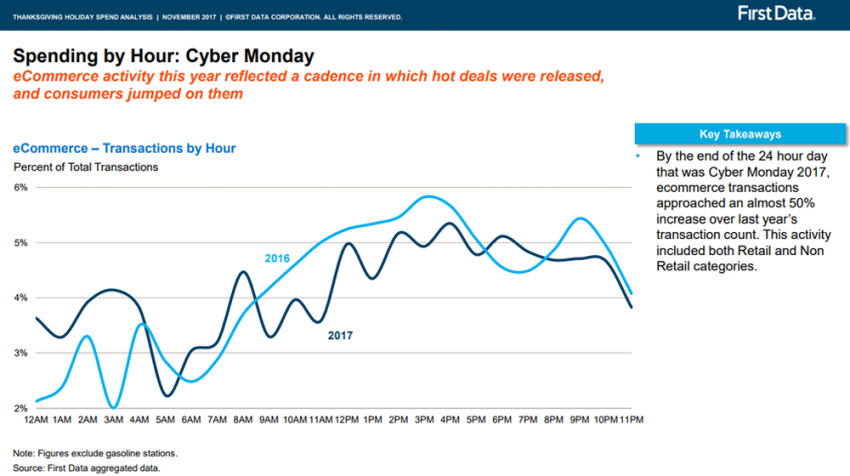 People started to wonder if Cyber Monday was worth all the fuss this year. Dead, even. If holiday sales start before Thanksgiving and extend almost a week after Cyber Monday, what’s the point in even having a Cyber Monday?

The point is people can’t wait for Cyber Monday, according to fresh figures from First Data (NYSE: FDC).

According to their information, more than 20 percent of all online sales on Cyber Monday happened between midnight and 6 a.m. That represents a 92 percent increase during that same time of day in 2016. For that figure, First Data tracked the times customers clicked a “Complete Purchase” or similar button on an ecommerce site.

Check out how sales increased for online stores on Cyber Monday all day long, including the nearly 50 percent increase in sales over 2016. 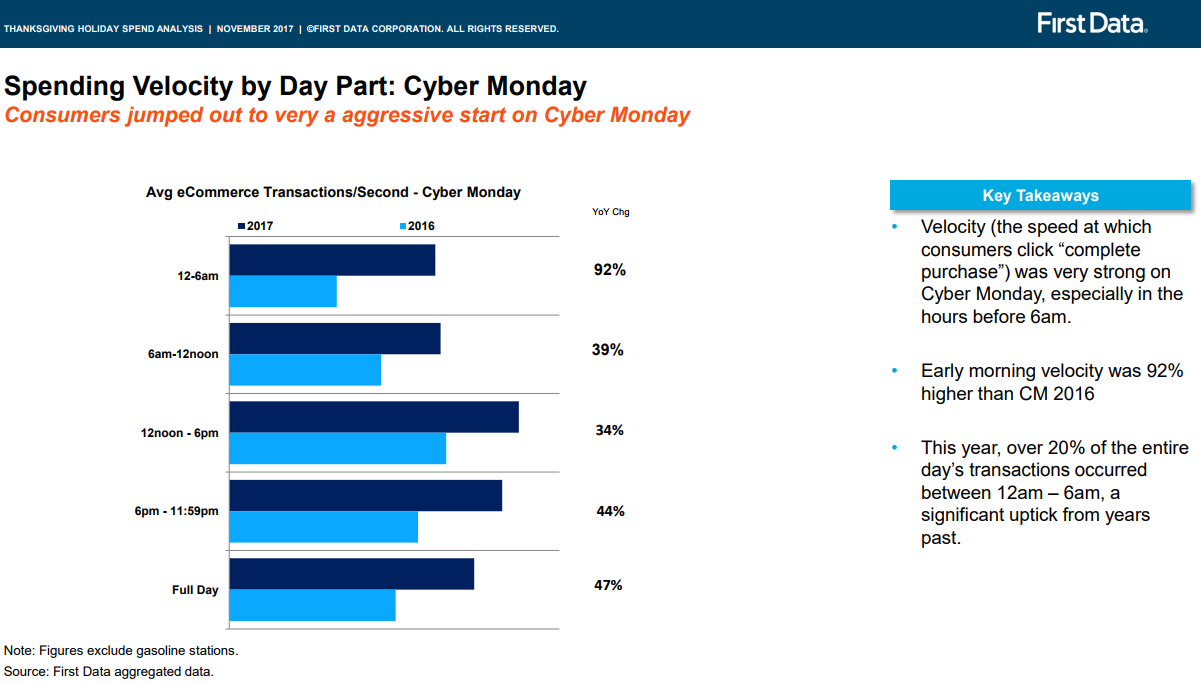 This is good information to put away for the next holiday shopping season, even if it’s not Christmas. Any holiday sale your business might run should probably start as soon as possible that day. And why stop at a day? Cyber Monday, for a lot of online retailers, has turned into cyber week.

Best Buy is just one online retail location that’s embraced the idea of extending sales from Monday into the next weekend. Check out the promo for 20 Days of Doorbusters: 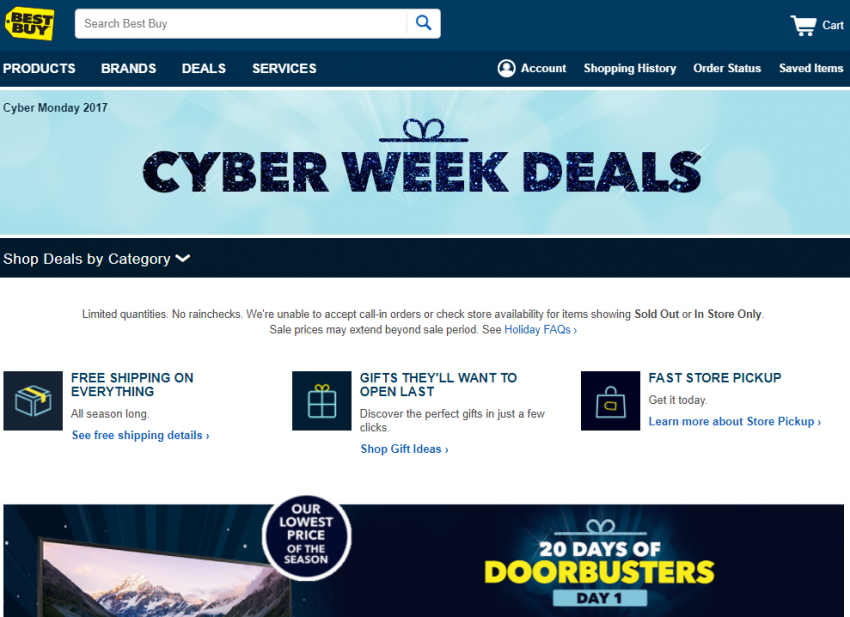 “By the end of the 24 hour day that was Cyber Monday 2017, ecommerce transactions approached an almost 50 percent increase over last year’s transaction count. This activity included both Retail and Non Retail categories. eCommerce activity this year reflected a cadence in which hot deals were released, and consumers jumped on them,” First Data shared via email with Small Business Trends.

It may be presumptuous to suggest any of these special shopping holidays are dying or already dead. After all, Thanksgiving shopping is also relatively new as a mainstream retail idea. It seems the increasing popularity of ecommerce is forcing a shift in the shopping season.

Whatever it is, it’s resulting in higher overall sales for retailers, according to First Data’s information. 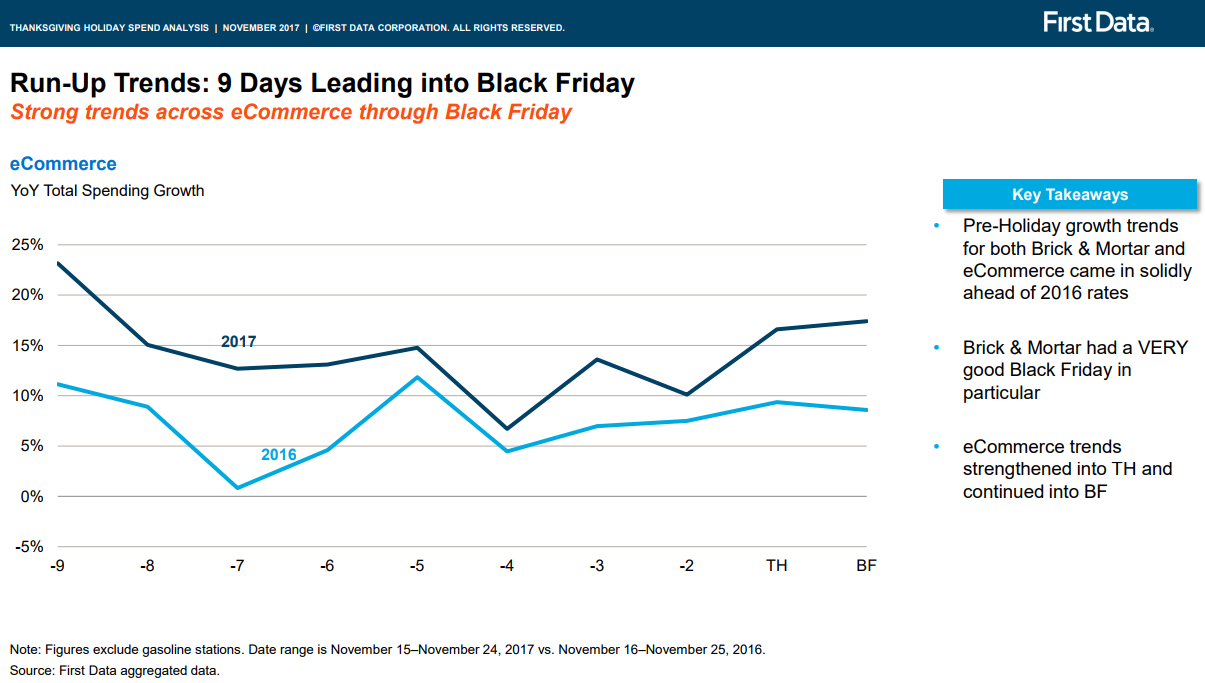 This information, off the bat, shows that it may not be too late to jump in with a special pre-Christmas sale or New Year’s promotion for your online store. And for next year, it’s best to think of a new holiday shopping season, one that starts far sooner than Black Friday and extends well beyond Cyber Monday.