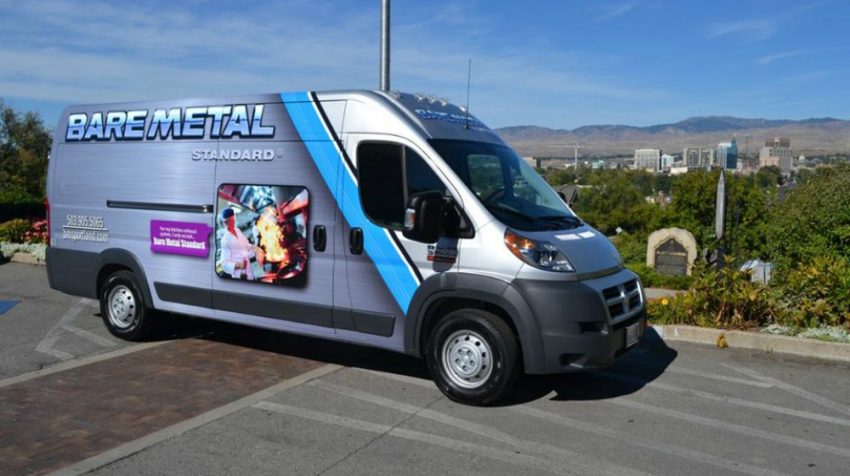 Commercial kitchens can accumulate a lot of grease and contaminants. And while removing that buildup is important, it’s not always something that business owners or managers want to handle on their own. That’s where Bare Metal Standard comes in.

The company works with commercial kitchens around the country through a franchise program. Learn more about the business and its story in this week’s Small Business Spotlight.

Taylor says, “It’s all in our name, we remove fuel (grease) in the commercial kitchen exhaust system down to the “Bare Metal”. Our process allows us to service 100% of each system. Our network of franchises affords us the unique ability to have a “standard” that is available in all markets, so large regional and national customers can have much more than just a single vendor they can have a single standard of quality, the Bare Metal Standard.”

By helping out a friend.

Taylor explains, “The business began in Boise, Idaho in 1964. My father, Jay Taylor, bought a steam cleaner, now known as a power washer, to make some extra money. The first job he had was for one of his friends who owned a drive-in restaurant. He used his power washer to clean out the hood and duct system. As local businesses began to see the efficiency of his method, more restaurants hired him. Jay Taylor Custom Cleaning, as it was known then, was a first-of-its-kind company and “mom and popped” around the Boise Valley for more than a decade. In 1999, my brother Jeff and I took over the company and changed the name to Taylor Brothers, Incorporated. In an effort to expand into a national company, we then formed Bare Metal Standard, Inc.”

Taylor says, “Our franchisee, Sam Okafor arranged a quick meeting, so we could present our service program to the Portland Trailblazer management…. And 6 months later we started on the 1st kitchen exhaust system there until we completed the 21st system 6 months after the 1st.”

Converting the business to a franchise model.

Taylor says, “Teaching others how to do what we do and with the tools and knowledge we spent a lifetime gathering. We need to raise a significant amount of capital to market and sell our franchises throughout the country. Failure is not an option; however, we may need to adjust the growth model based on the amount of capital we raise.”

Taylor explains, “We would have done the franchise model in 2006 not 2009 so we could have our national footprint today.”

Taylor says, “We would use it to expand our footprint by selling more franchises in key markets that have already been identified.” 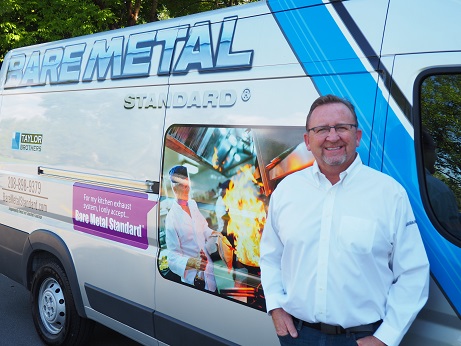 Taylor explains, “We actually could complete an entire kitchen system, without speaking to the other crew member, but by only knocking or banging on the ductwork to communicate to each other regarding the next step in the process.”