Is It Any Surprise Who Is Buying All the AI Tech Startups? 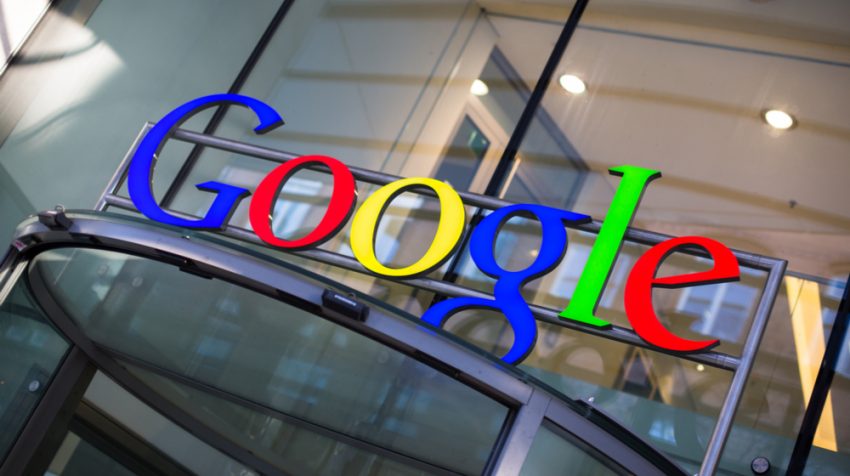 There is a heated debate taking place as to how Artificial Intelligence (AI) will impact the workforce. While these two sides battle it out, some of the giants in tech as well as other industries are gobbling up AI startups at a record pace.

A new infographic by UK RS looks at which companies are making the largest investment in AI startups. And not surprisingly, the usual suspects are the biggest tech companies in the world.

This bodes well for startups in the AI segment, which often times begin with a great idea, a few people, and total anonymity. Argo AI was practically unknown until Ford paid $1 billion for it in August of 2017, and industries across many segments are also bidding to find the right AI firm to snatch up.

The data for the infographic was compiled from many different sources including, CrunchBase Acquisition Listings, AI Acquisitions Timeline by CBInsights as well as articles in the business and tech news media. The Wall Street Journal, Tech Crunch, VentureBeat and Business Insider to name a few.

According to one of the sources, CBInsights, in the first quarter of 2017 alone, 37 private companies using AI algorithms across different verticals have been acquired. Since 2012, the total number of purchased companies is more than 250.

So if you are wondering whether you need VC backing to be purchased, the answer is no. The total number of AI companies with VC backing is around 47 percent, according to CB Insights. This means 53 percent are going at it alone or using other forms of funding to get their startups rolling. What determines the success of these startups is developing a solution to address the needs of a particular industry or a specific task.

Which Companies Have the Most Artificial Intelligence Startup Acquisitions?

Here is a rundown of the acquisitions from the top 10 tech companies for the past 19 years as compiled by RS Components from highest to lowest.

The CB Insights image below shows who has been buying what in the past five years. 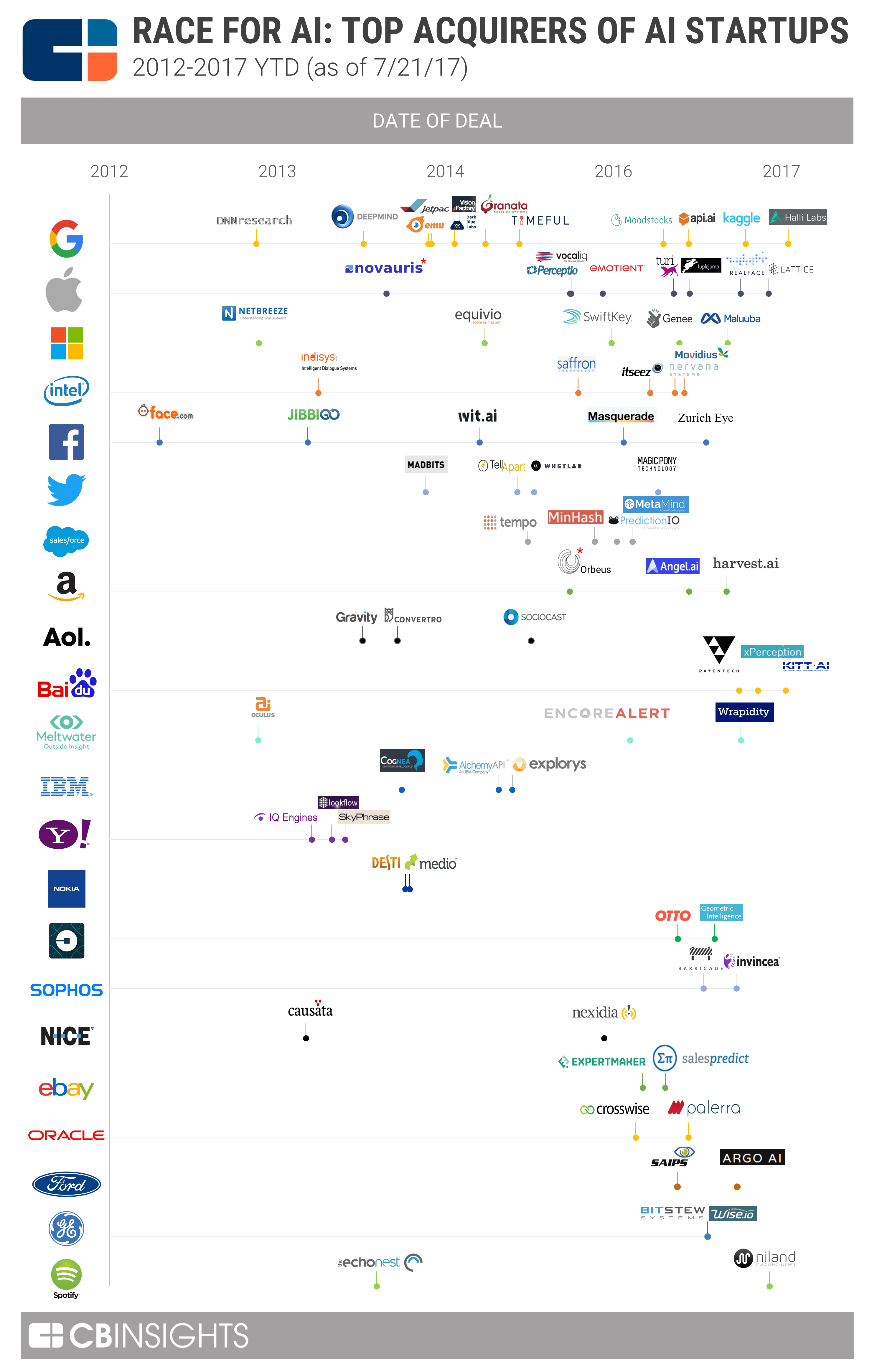 Why All the Interest in AI?

When properly applied, AI is able to maximize the resources of an organization from top to bottom. Everything from customer service to identifying prospects, marketing, manufacturing, scheduling and much more can be optimized using AI. And the technology can be deployed by businesses large and small in virtually all industries

As a small business, you can deploy AI to perform a single task or automate entire departments within your company. The key is to find the right balance with smart automation. You want to compete in your industry, but without getting rid of the personalized and human interactions and services customers still want.

If that wasn’t enough, Accenture says its research on the impact of AI in 12 developed economies could double annual economic growth rates in 2035. The firm says this is going to be achieved by changing the nature of work and creating a new relationship between man and machine.