The Pence Rule Will Not Protect Your Small Business, and Could Cause More Trouble 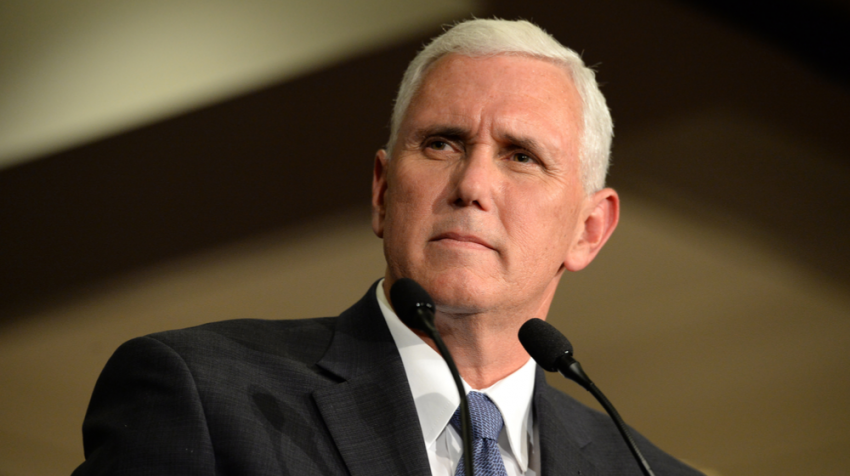 The rash of sexual harassment accusations across the country is raising a lot of questions.

Claims are made and in a lot of cases, employers move swiftly with knee-jerk responses. Fire first, ask questions later.

These claims are not limited to high-profile cases like Harvey Weinstein, Matt Lauer, Judge Roy Moore and Sen. Al Franken. Small business may face this issue as well.

And small business owners must be wondering what they can do, if anything.

“The #metoo movement is growing daily, as high-profile celebrities, politicians, and leaders of industry get called out by alleged victims. It’s critically important for employers to react, but not overreact, to the movement,” says John Alan Doran, a partner at the law firm of Sherman & Howard. Doran has 25 years experience, including a past with discrimination litigation.

One idea being floated is known as the Pence Rule. It’s named after Vice President Mike Pence, who refuses to be in a room alone with a woman that’s not his wife. That’s not restricted to personal time, either. It includes any business meetings. Further, Pence will not be in the same room where alcohol is being served without his wife.

The Pence Rule is based on Evangelical Christian beliefs and is also called The Billy Graham Rule — because the famous evangelist was another well-known proponent.

On its face, the Pence Rule would make sense. Harassment in the workplace can’t occur if women and men aren’t allowed in the same room together. But the rule actually creates more division, potentially in an illegal way.

“What works for Billy Graham — or even Mike Pence — could get you in a lot of legal trouble. The Pence Rule does not provide any legal protection against a harassment or discrimination claim. To the contrary, it would more likely be used against you in court,” says Tom Spiggle of the Spiggle Law Firm in Washington, DC, in a LinkedIn post.

Spiggle says the Pence Rule, by definition, is discrimination against someone because of their gender. If all are equal in the workplace, there’s no reason a woman or man should be left out of any meeting simply because their gender or what another person believes.

So, for small business owners considering adopting the Pence Rule as a blanket policy to prevent sexual harassment claims or worse, think again.

“This prevents women in the workplace from getting opportunities to talk with decision-makers, provide input on important projects and handle sensitive topics. And it implicitly defines them by their sexuality, foreclosing any opportunities to be treated simply as professionals,” Spiggle adds.

If the men in your company all begin following the Pence Rule, it would likely lead to situations where only men get together to discuss important business matters. And, of course, the same would be true if you are a female small business owner who adopts a similarly discriminatory practice against your male employees.

In addition to the rule discriminating against employees based on their gender, it doesn’t prevent claims of sexual harassment or assault anyway.

For example, the rule doesn’t prevent claims of harassment online or via smartphone. And, of course, it doesn’t protect you from claims made by others of the same gender — as in the cases of high profile accusations against actors Kevin Spacey and George Takei.