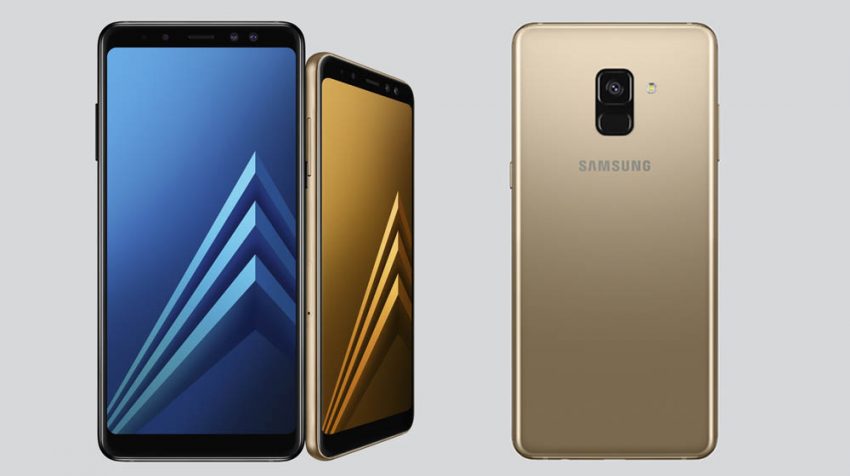 The announcement of Samsung’s Galaxy A8 and Galaxy A8+ should be a relief for small businesses suffering sticker shock over the price of other popular flagship phones. Samsung (KRX: 005930) and Apple both have phones costing $1,000, but for small businesses and freelancers not looking to finance a phone, the new A8 and A8+ have come just in time.

These phones have specs which might lead one to believe they are flagship phones. Everything from the screen size to the memory, storage and battery size makes them a viable alternative to their $1,000 counterparts.

And for individuals and businesses looking for a price friendly, but fully capable device, Samsung might have just struck the right balance. The Infinity Display and the first Dual Front Camera with Live Focus are just some of the features Samsung has brought over from its flagship phones.

It is important to remember, freelancers, remote workers and many other small business owners greatly rely on their smartphone. They communicate, collaborate, carry financial transactions and more on these devices.

Junho Park, Vice President of Global Product Planning for Mobile Communications Business at Samsung Electronics, explained the company’s goal of delivering what its customers want in a press release announcing the new phones. He said, “The Galaxy A8(2018) and A8+(2018) exemplify our continued dedication to meeting the needs of our consumers by providing them with greater choice and convenience.”

The Galaxy A8 and A8+ have many specs that are similar to the flagship Galaxy S8. It starts with an Octa-core processor, with two cores at 2.2GHz and six at 1.6GHz. The only difference is the Galaxy S8 uses Qualcomm and the A8s uses Samsung’s Exynos.

The memory comes in at 4GB or 6GB depending which model you get, and the storage is also model dependent at 32GB and 64GB (expandable to 256GB).

The one downside is both cameras are running on Android 7.1.1 when Android Oreo 8.0 is the go-to OS for high-end, flagship phones. 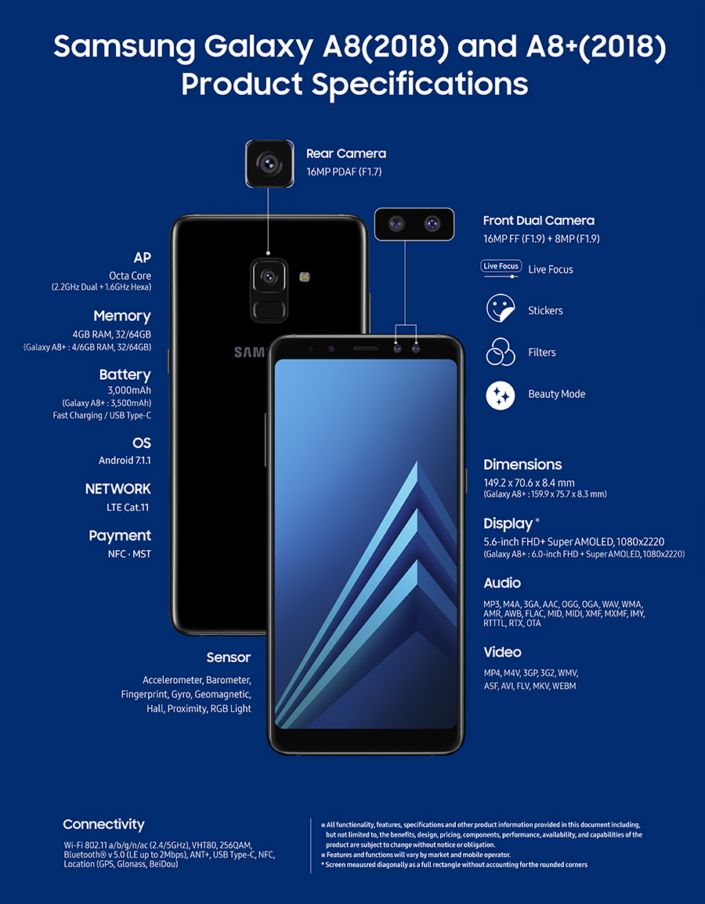 When Can You Get It?

Samsung said the Galaxy A8 and A8+ will be available in early January 2018, but the company hasn’t announced the price for the phones. If you want to gauge what it might be, the 2017 Galaxy A7 is currently selling around $400.