These 5 Factors will Change Your Approach to Startup Success 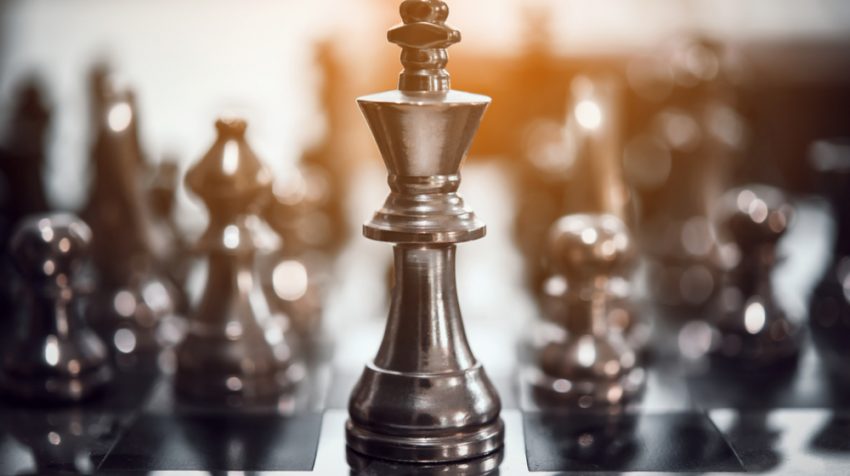 It’s virtually impossible to predict whether or not a startup will be successful with any accuracy, but there are a few telltale signs you can look at when seeking clarity in this area.

Success, Failure and the Bleak Truth

There’s something to be said for optimism as an entrepreneur. When launching a startup, you don’t really have much of a choice but to be hopeful. Unfortunately, the odds are stacked against you and the data shows that you have an uphill battle towards being successful.

Data from the Bureau of Labor Statistics shows that 50 percent of small businesses fail within the first four years. You can take the glass half full approach and take solace in the fact that half of businesses last longer than four years, or the pessimistic approach that says you have a 50 percent chance of failing over this time frame.

Or perhaps you’ve heard the study that says 9 out of 10 startups eventually fail? Or what about the one that reports 80 percent of startups crash and burn within the first 18 months?

All of these statistics serve as nice little tidbits of information that you can sink your teeth into, but you can’t let them control the way you think. Take, for instance, the statistic about 80 percent of startups failing. This data point has been referenced thousands of times across the internet — often attributed to a Bloomberg study, or the Forbes article that claims the statistic comes from Bloomberg — but the only problem is that the Bloomberg study doesn’t exist!

“Statistics can easily be doctored, made up out of thin air, or even serve as reference articles in massive business publications that didn’t thoroughly fact-check,” entrepreneur Paul Jarvis writes. “This isn’t a slam against Forbes (who I write for sometimes) — it’s a slam against the way news happens now.”

This isn’t to say businesses don’t fail. They overwhelmingly do, but you’ve got to do your own research and figure out what actually makes businesses fail and what makes them succeed. If you want to have an accurate picture of what it takes to be successful in the world of startups and business, you have to dig around and apply some critical thinking to the issue.

Is the startup success rate bleak? Yes. Are there plenty of startups that beat the averages and enjoy overwhelming success? Yes. The less you focus on the failure aspect and the more you pay attention to the successful startup, the greater your chances are of thriving.

While there’s no secret formula that explains exactly what it takes to be successful, there are plenty of signs and indicators that point to common factors. In order to help you better predict the likelihood of success for your startup (or someone else’s), let’s unpack a few of these elements.

Perhaps you’ve heard people say something like, “If you can’t lead your own family, how can you expect to lead a company/country/etc.” You’ll typically hear sentiments like this arise after a prominent figure has been linked to a family scandal (usually involving a child making a dumb mistake). While perhaps unfair to a degree, it’s true. If you can’t lead your own family and keep them on a responsible path, what makes people believe you’re fit to lead others who are further outside your circle of influence?

The same could be said for finances. If you can’t manage your own personal finances well, who’s to say you’re fit to manage the finances of an entire business? On the flip side, if you’ve proven yourself to be a good steward of your money, then you probably have a sound financial “head” on your shoulders.

If you’re currently struggling with something like poor credit, now’s the time to get a grip and solve the issue. (Here are some reputable credit repair companies.) If you have large amounts of personal debt, it’s time to dig your way out. (Dave Ramsey provides 25 practical tips.) As you deal with your personal issues, you’ll pick up the skills needed to address business finances.

2. Diversity of the Team

Venture capital firm First Round Capital recently conducted a research study in which they analyzed information on more than 300 companies and nearly 600 founders. Among their many findings, they discovered that one of the biggest predictors of startup success is a diverse team.

Then there’s the issue of age. While conventional wisdom would say more experience is better, startups with older founders (40-plus) don’t always perform better. The First Round data shows that founding teams with an average age of under 25 perform 30 percent better than the average startup. And while the average age of all founders in the study was 34.5, the average age of the top 10 startups was 31.9.

Most people think about diversity in terms of race, religion, and gender, but age is a factor too. In order to give your startup the best chance of being successful, make sure you’re accounting for age diversity.

“Ideally, a business model is always in complete alignment with the current market trends and plays a definitive role in creating growth platforms that align with the company’s vision,” entrepreneur Rose Martin explains. “With a good business plan, an entrepreneur maps the company’s future course of action, along with sources required to achieve the goals.”

Identifying your startup’s business model is obviously one of the first responsibilities you’re faced with, but do note that investors are much more attracted to business models that align with current market needs and trends, rather than dated models that might appear more stable on the surface. Investors don’t want safe investments. In most cases, they want investments that have the potential for big returns.

“Teams with at least one founder coming out of Amazon, Apple, Facebook, Google, Microsoft or Twitter, performed 160 percent better than other companies,” First Round explains. “And while school didn’t have any real impact on pre-money valuations, company alma maters did. Founding teams with experience at any of those marquee companies landed pre-money valuations nearly 50 percent larger than their peers.”

In other words, the Halo Effect comes into play. If you want to predict the success of a startup, you can tell a lot by studying who the founders know, where they’ve come from, and what sort of connections they have outside the startup’s inner circle.

See Also: Measure Your Startup's Success Beyond the Bottom Line

Of startups that fail, 29 percent report that they run out of cash. Clearly, if you can avoid cash flow issues, you’ll have a far better chance of being successful. Specifically, you should ditch the mindset that debt is good and adopt the mentality that positive cash flow is healthy.

One of the most important things you can do is encourage clients to pay on time (or even early). The sooner clients pay up, the less likely it is that you’ll find yourself in a position where you can’t pay off your own debts.

While most startups aren’t profitable in their first year, you should at least set a goal for when you want to break even. Having this goal — and creating checkpoints that keep you on track — will demonstrate that you’re committed to staying in the black.

If Success Isn’t Likely, Perhaps You Should Fail Fast

When studying the numbers and reviewing reputable research studies, it becomes clear that most startups won’t survive for more than a few years. In other words, failure is quite common. The key, from an entrepreneurial perspective, is to let these failures shape you.

While conventional wisdom might tell you to hang on for as long as you can, financial expert Keith Speights subscribes to the theory that it might be better to fail fast (if you’re going to eventually fail anyway).

As he explains, “Drugmakers have many more failures along the way than they have successes. But they don’t quit developing new drugs. They simply realize that’s the reality of the business and adjust accordingly. If they didn’t fail quickly enough with experimental drugs that aren’t safe or effective, their overall success would actually be much lower.

It doesn’t matter who you are, what your track record looks like, or what sort of idea you have. There is no way to predict startup success with 100 percent accuracy. There are simply too many factors involved in the equation. Having said that, you can certainly get a better idea of what it takes to be successful and how different issues come into play.

As this article shows, a great deal of weight is placed on the people involved. While you need money and a strong idea, it’s the people that make a startup tick. The sooner you realize this, the brighter your future will be.