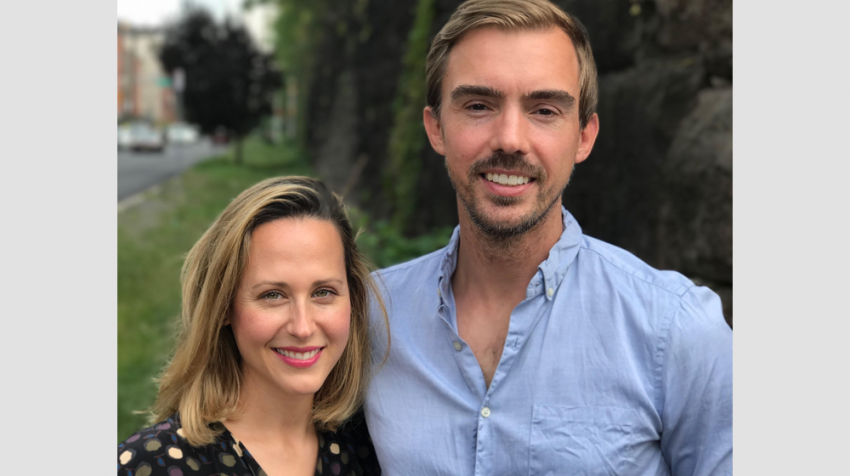 What startup entrepreneur hasn’t dreamed of borrowing Cinderella’s fairy godmother or Aladdin’s genie to make their every wish come true? While they weren’t necessarily wishing for it, that’s exactly what happened to Will and Erica Messmer of Jersey City, New Jersey.

Before the couple got married earlier this year, they decided to pursue their dream of entrepreneurship. They had just moved to Jersey City and were looking for an opportunity to start a business that would add value to the community. They both shared a “passion for food” and realized their new home would be the perfect place to open a butcher shop, Darke Pines, named in honor of Will’s grandfather who was a butcher years ago in Darke County, Ohio.

They started putting together a business plan. Will quit his job in New York City to devote more time to the startup. Of course, they needed startup funds and like many entrepreneurs, hit up their family for a loan. Will read an article in Wired magazine about crowdfunding and they decided to raise money on Kickstarter.

Will and Erica realized one of the secrets to crowdfunding success was not presenting a business plan, but telling a compelling story. So, they rethought their priorities and created a battle plan that included using videos and articles to better present themselves and a rewards component to attract funders (and future customers).

They explained how creating a butcher shop “dedicated to locally-sourced, sustainably-raised meat,” was personal to them, connected, not only to Will’s grandfather, but to Erica’s memories of her childhood in Alabama.

Erica says the process was “challenging, but good for us, [in that we learned] to pitch the right way.” If you’re thinking about crowdfunding, Will says, you have to do your homework. “It’s not just about ‘I have an idea,’ but about how everyone will benefit from that idea.

The couple admits putting it all together — developing a marketing plan, branding and designing a logo — was more work than they originally anticipated. Erica stresses the challenge of using video to “show the heart of the business — what it will be.”

Opening a butcher shop is no easy task. Will and Erica spent two years checking out butcher shops in New York City and across the country. They toured farms and slaughterhouses. They even volunteered to work behind butcher counters and moonlighted in restaurants.

And then on October 22, the magic happened. It was the last day of their Kickstarter campaign and they hadn’t quite met their goal. And then, with minutes to spare, Will says, “out of nowhere, the money was there. We got a notice we hit our goal — and it was such a good feeling.”

The money, they found out, came from Backed by QuickBooks, a program Intuit launched this fall, where a panel of small business experts scours crowdfunding sites, such as Kickstarter, Go Fund Me and IndieGoGo, looking for worthy businesses to spontaneously fund. They evaluate the crowdfunding campaign, look at the funding needs and then select the winning businesses.

Winners get more than money. They also receive:

Erica likens the whole process to winning the lottery. But she adds, getting funded was more than that. It was validation “that maybe it is a good idea. We were inspired and encouraged by it.” Will adds, getting funded by QuickBooks “made us believe this is going to work. We can — and will — do this.”

Image: Erica and Will Messmer