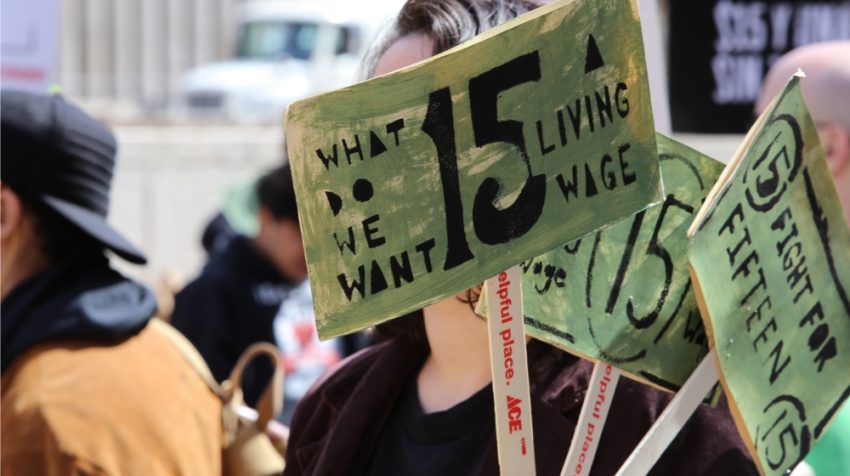 These state and local governments are acting on their own as the federal minimum wage stays at $7.25 per hour.

The local changes, however, are having an impact on small businesses in each location. And it probably won’t be long before other cities and states follow.

Small Business Trends spoke with Michael Schmidt, vice chair of the Labor and Employment Department at Cozen O’Connor in New York City about the top 6 things every small business should keep an eye on this year regarding wage increases and what they mean to your future and bottom line.

Keep an Eye On Local Legislation

“The challenge is really minimum wage isn’t just a federal issue,” Schmidt told Small Business Trends. “We’ve had the same federal minimum wage since July of 2009. The movement has been on the state and local side.”

That means small businesses need to keep an eye on the minimum wage issues that crop up in their own backyards.

Setting up a Google Alert or staying on top of the local news can help you get a feel for what’s going on. Attending municipal council meetings and keeping up with your state representatives is also important.

“You need to be concerned about what your state and local governments are saving about minimum wage,” Schmidt says.

It’s especially important to watch all the different minimum wage hikes because the higher of the local or federal bumps becomes the law.

Just as minimum wage requirements change by state and even municipality, they can change by industry too. Certain industries like fast food restaurants tend to be targeted by local and state governments. Same goes for restaurants.

Monitor Laws Where Ever You Have Offices

This is especially important for small businesses that have employees spread out over several locations. Schmidt explains:

“You could be a small business with only 15 to 20 employees, but those employees could be spread out across several states.”

Consider the Size of Business the Law Covers

Size does matter when it comes to minimum wage. The number of employees you have will dictate what your minimum wage rate will be. For example, in New York State, generally, and New York City, specifically, the minimum wage changes if you have 11 or more employees.

There are some add-ons that come with minimum wage legislation. One of these is what’s called predictive scheduling. That’s where the employers in some industries will need to give advanced notice of what their employee’s schedules are going to be.

“Depending on where you are, you could be the retail or hospitality industry, or even in the construction and building industry and your particular state or jurisdiction might have different rules,” he says.

This is another element being added to some minimum wage legislation and it could cost small businesses money. Paid family leave is another significant trend that’s picking up momentum.

“As of January 1, New York State enacted a paid family leave scheme that’s going to increase based on the average weekly income in New York until 2021,” Schmidt said.

“The big takeaway for small business is to have these pro-employee initiatives on your radar,” he added.