81% of Manufacturers – Including Smaller Companies – Are Expecting Growth 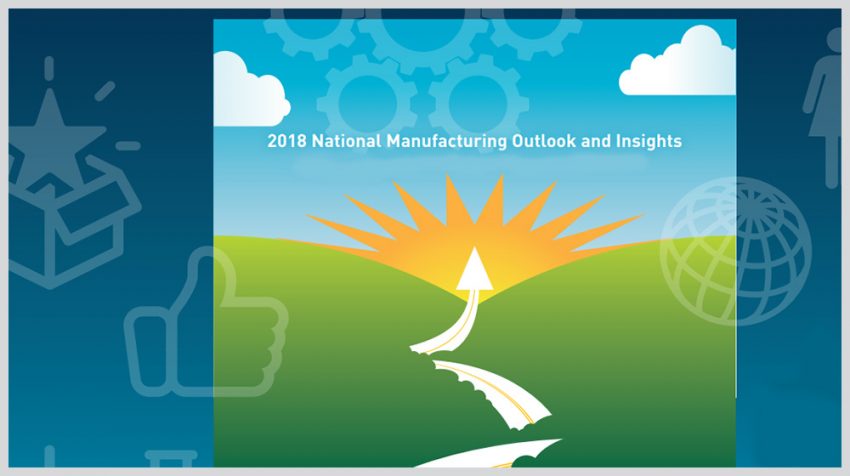 The LEA survey gives manufacturers strategic insights into the economic climate so they can address challenges and take advantage of opportunities. Overall, the 2018 survey revealed “significant optimism” among manufacturers for their business, industry and the economy.

Although the median annual revenue from respondents was in the $50 to $100 million range, seven percent of them were made up of companies with revenue of less than $1 million. So even small manufacturing businesses were optimistic about 2018.

In addressing the priorities for manufacturers, LEA Global President, Karen Kehl-Rose, said in the report, “Regarding priorities for 2018, growing sales, cutting costs, attracting and retaining talent and utilizing technology to reduce risk and build a competitive advantage remain critically important.”

The LEA Global is made up of 220 independently owned accounting and consulting firms focused on accounting, financial and business advisory services. It is the second largest international association in the world. The LEA survey involved 455 participants, and was carried out in October 2017. Manufacturers in the US made up the bulk of the companies, but organizations in Germany, Japan, Sweden and Switzerland also took part.

Results From the Survey

As to how they expect to grow sales, 72 percent said they plan on organic growth in domestic markets while 44 percent indicated they hope to develop new products and services.

The sector with the biggest growth was food and beverage at 71 percent, followed by construction at 69 percent. Other sectors, including machining, industrial, and automotive and transportation, came in at 64, 59, and 52 percent respectively.

Even though most manufacturers are optimistic about growth, labor shortages and increased compensation packages will be a challenge. Sixty-one percent of respondents said they will spend more on personnel expenses, including wages and training.

In looking ahead, LEA Global highlighted the optimism manufacturers are feeling about their own performance and the economy as a whole for the coming year. The growing US economy, fewer regulatory hurdles and consumer confidence are all playing a role in this sentiment.

Some of the challenges the survey pointed out were competition due to wage differential between American and foreign workers, cybersecurity threats, identifying opportunities and managing losses of eliminated credits and deductions with the new tax reform.

Which Business Structure Should You Choose? Picking a business structure is a big legal decision for a new business owner. Yet it is essential to protecting your personal assets. In this webinar, Nellie Akalp of CorpNet.com shares insights to help guide you to the best decision.  Register today!
Get Featured