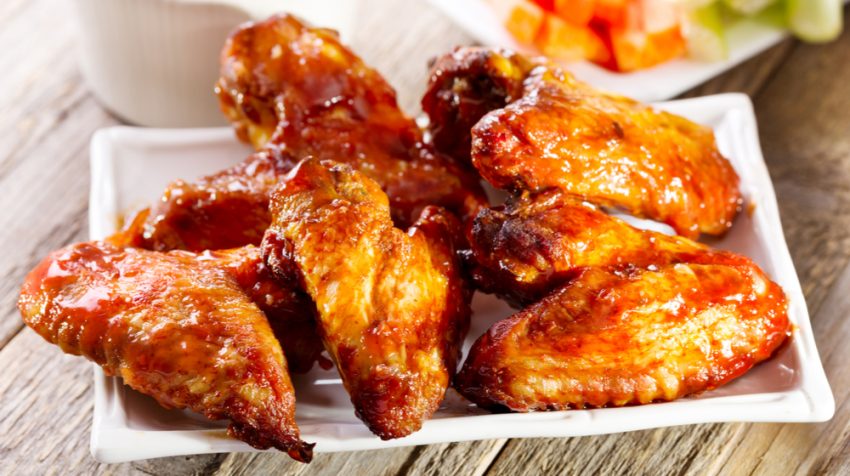 Serving mouth-watering chicken wings is one business that perpetually flourishes in the United States. The enduring popularity of chicken wings among the American population has encouraged many restaurant franchises, which specialize in serving the popular menu item. Indeed, demand for the food once reserved for football fans has sent the prices for this fun favorite skyrocketing.

If you’re interested in running your own chicken wing restaurant, take a look at this list of 10 of the best chicken wing franchises operating in the United States today.

The award-winning Wing Basket franchise is currently focused in Nashville, but has the potential to expand beyond Tennessee. The franchise keeps its menu simple by featuring just chicken wings and tenders along with an assortment of sides.  The franchise offers support and training, and has a total estimated start-up cost of between $150,000 and $250,000, which includes the necessary liquid capital.

Starting out in New York, the Atomic Wings franchise has kept expanding along the East Coast and even into Mexico with its proprietary sauces and entrees. Franchise requirements include a $1 million net worth, $500,000 capital available to invest, and a minimum 3-unit commitment.

With 108 units (and counting) around the United States, Wing Zone is fast becoming one of the most popular chicken wing franchises in the country. The franchise also undertook a design overhaul of its restaurants in 2017, as well as simplifying the menu which is famous for its jumbo-sized wings. A downloadable Wing Zone franchise kit is available from the company’s website.

Korean chicken wing specialist Bonchon has recently opened up another unit in Chicago and has another one coming soon to New York to add to their many other units around the United States and Southeast Asia. With secret sauces and unique frying methods, Bonchon is a very attractive franchise opportunity for price conscious entrepreneurs with a start-up fee of $40,000 and an initial investment of between $400,000 and $700,000, dependent on a variety of factors such as restaurant size and location.

With over 1,650 locations across 29 states, Church’s Chicken is one of the most popular fried chicken franchises. They feature a menu that incorporates more than just boneless chicken wings, but they are particularly renowned for their special offer bone-in wings which feature a tie-in with the Texas Pete Sauce brand. A Franchise Opportunity Guide can be downloaded from the Church’s Chicken website.

With over 12 years of same-store sales growth and over 900 locations worldwide, wing-only specialists Wingstop is another option for a food entrepreneur considering entering the chicken wing business. To open a Wingstop location, a minimum net worth of $1.2 million is required, with half of that needing to be liquid.

The menu of Buffalo Wild Wings features a wide selection of flavored and sauced wings to choose from and the brand has proven to be very popular around the world. Current franchise opportunities within the United States are limited, but the situation is in flux and usually a minimum of $1 million in liquid assets would be required per restaurant.

The people behind the Wings Over franchise make no apologies for their desire to eat chicken wings like a ‘caveman pulling the meat off of the bone’. They offer sweet or spicy options for their food, and franchising opportunities for entrepreneurs who are a good fit for their brand. Interested entrepreneurs  should contact Wings Over via their website to arrange a meeting.

This is another chicken franchise that features a wider menu than just wings, but the brand is particularly famous for offering fifteen different chicken wing options including unique flavorings such as Bourbon Molasses, Honey Mustard and Mango Habanero. Franchise opportunities requires a minimum of $75,000 in cash or liquid assets, plus a minimum net worth of $300,000. Franchise applications can be made via the Brewster’s Chicken website.

Starting out in 1985 and franchising just four years later, Wings to Go is one of the longest-running chicken wing franchises in the world. The company originally specialized in five different wing sauces with varying degrees of hotness, but have since added the super hot Homicide sauce option which promises to make even the bravest hot wing eater cry. Contact Wings to Go via the company website for more franchise information.