Larry Augustin of SugarCRM: AI’s Hype Cycle Ahead of the Technology, Blockchain is Ready Now

It’s been way too long since my last conversation with SugarCRM CEO Larry Augustin for this series.

But with artificial intelligence, smart speakers, blockchain and  so many technologies capturing our collective attention, I was happy to catch up with Larry to ask him how CRM/customer engagement will be impacted by any or all of these areas.

Below is an edited transcript of our conversation.  To hear the full interview, check out the video or Soundcloud embedded player below. 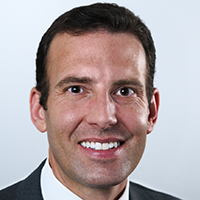 Brent Leary: The behavioral changes that have come from Alexa, people ask it questions throughout the day. They can be anywhere in their house. Have it play music, have it set up a to do list.

Now you’re seeing things like, it actually starting to affect business applications and at CES, what the big take away for me was, the battle between Google and Amazon for “voice supremacy”, for lack of a better way of putting it.

What’s driving this and what are the implications for CRM and customer engagement?

Larry Augustin: First of all I think it’s an incredible time to be involved in any of these things because watching that technology advance, it’s just amazing. It’s a little bit like the science fiction world of voice control of everything and voice interaction. You can see it now.

Now we’ve talked about it literally for decades. People have been talking about that, but now the distance, the gap is closing immensely.

My daughter’s away at college. She has an Echo Show, and that’s how we communicate. It’s been very nice. There’s a lot of opportunity for that in the world of engagement of customers and customer experience.

When you have a device sitting there like an Echo Show, the ability to interact with the customer over that remotely, and use that device as a point of engagement — I mean think about the possibilities.

You know we do that today with voice and phone and Skype and other technologies but when you make it so easy that it’s just sitting there on the kitchen counter and you say, “Alexa, connect me to whoever. Connect me to support for this question. Or connect me to this product or service that I’m using.”

See Also: How To Monetize Your Online Video Content on the Blockchain

Another thing that Amazon has done well, they have this box that connects into the landline, phone line. So the Echo becomes a speaker phone for your house as well.  So, you start to think, well gee that old phone device can completely go away. It’s not going to replace my cell phone because I carry that around but just as I said, it sits right there on the counter.

You can get video conference to people. You can connect to anyone who has a speaker phone. You can start to see it becoming a true point of customer experience and customer engagement, particularly on the consumer side.  I think we are going to see a lot of things develop there and I really like where Amazon is going in terms of ultimately building that into their engagement model with customers.

Brent Leary: So let’s talk about the blockchain. We’re not going to talk about bitcoin, which is probably a good thing since it’s been tanking.  How important or impactful or disruptive do you think blockchain technology could be to CRM and customer engagement?

Larry Augustin: I think blockchain is going to form the basis for many forms of commerce transactions in the future, because of the ability to create a distributed agreed upon general ledger.

That’s a very powerful technology concept and it’s just, it has lots and lots of use cases. Now currency just being one of them. I actually think it’s all the other use cases that will end up really defining blockchain in the future and I can give you some examples.

Then you have various rules about how you can exchange those, how you can share those, convert them to other people. You can see economies developing around those.

Some vendors may say, you want to sell those to a friend? Great. You want to give them to a friend? Great. With technologies like blockchain, that all becomes easily manageable and you can create exchanges and the mechanisms for doing that, that were very hard to do in the past. It limited what you could do, with say customer loyalty or rewards programs.

So I think that’s one example where it’s going to directly come in to the customer/vendor relationship, but any of those cases where there’s some virtual currency like thing that you need to share. I think we’ll see it there.  You can see it potentially coming up in licensing because your license is a kind of virtual currency.

Maybe you have a license for a certain number of seats in something you’re offering, right? You can see that and you want to be able to move those licenses around or share them.  Again, it’s just a distributed general ledger. So I think there are a lot of places that we’d potentially see blockchain coming in and I know we at Sugar have been thinking more and more about ways to utilize that technology in sharing of information.

Brent Leary: If you had to guess, what timeframe do you see blockchain really starting to hit the mainstream of what we do?

Larry Augustin: I think blockchain is going to hit very fast. Start with my first example, customer loyalty programs, loyalty rewards programs. Any place where you have some kind of credit with a customer, if you look at consumer or consumer apps, where you have in store credit, in game credits, loyalty programs, all of those.  Blockchain technology is great for managing that. They’re all sort of forms of currency if you will. I think blockchain is going to impact those things very quickly because the technology’s out there.

It’s become fairly mature. I think there’s still some maturity to be developed, but it’s mature enough certainly for those applications. People know how to use it, so I think we’re going to see it impact that stuff very fast.

Brent Leary: How about AI? Where are we with AI today? Has it hit the mainstream? Are we there yet?

Larry Augustin: If you would ask me the time frames for AI, I would definitely put it out there a little bit longer, because I think there’s a lot to be learned. I think AI is hitting a big part of the hype cycle a bit ahead of the technology today, as opposed to blockchain.

I think there’s still a lot of work on AI in those places. I’ll say I’m an AI optimist, and the way I see AI is in human assistance. Take away mundane tasks from us and help us be more human. Let people communicate with people and let me spend less time filling in forms or organizing data.

Let AI do those kinds of things for us. So have it help me. I think that’s what we’ll see at first and see it really work its way in out there. You know we’re already starting to see AI take some tasks and do them and help us with them.

Well, on some level, I don’t know about you, I can’t read all of Wikipedia. It’s too much, right? The fact that an AI can do reading comprehension better, actually what’s valuable there is they can read a lot more stuff than I’ll ever be able to read.

Then it can summarize and tell me, well here’s what you care about. Here’s what’s important for that, as you look at all of the information that’s out there, content that’s generated, everything generated on the internet.

Having an assistant who can read that, comprehend it and say, okay there’ve been 50 articles on blockchain but here’s the one that actually matters or three of them combined and let me synthesize that for you.  Let me give you the Reader’s Digest version if you will of those three so you don’t have to spend as much time to really understand things or become an expert.

I have this feeling there’s going to be this, “I’m sick of talking to your AI, I want to talk to a person” cycle that will hit. That also pulls me back a bit to that notion of the AI is the assistant to that human.

So I can see the AI being the assistant of the call center rep, handling mundane tasks for the rep and the customer but not replacing the customer talking to a person so they feel there’s a human; that’s a human connection and can understand them, not just quantitatively but emotionally.