Warning: 5 Signs an Employee Plans to Start a Business to Compete With You 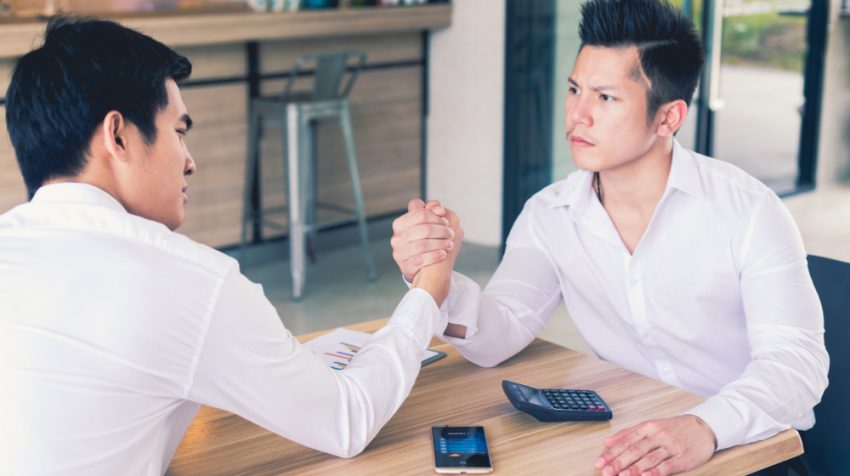 If you’re hiring super-sharp people (and you should be), you’re eventually going to have it happen:  One of your superstars is going to start a company that competes with yours.  When that happens, you stand to lose customers and even employees, so it’s critical that you have as much advance warning as possible.

Signs an Employee Is Leaving to Start a Competitor

Let’s take a look at some indicators one of your employees is considering becoming your competition.

1. Loss of productivity.  It makes sense, of course, that when an employee is focused on starting a new company, your company is no longer their primary concern.  When you notice an employee who used to consistently deliver at a high level is slacking off, that could be a sign their attention is focused elsewhere.

2. A lousy attitude.  One of my former employees who ended up leaving to start his own business had always been super positive…right up until the end.  He started finding fault with goals and requirements.  He nitpicked the work of other employees.  It was almost like sabotage, but I realized after he left that he felt a little guilty about what he was planning.  He was probably just working through some conflicted emotions, knowing he was about to start trying to poach my customers.

3. Heightened interest in all aspects of your business.  Once I realized that my employee was about to become a former employee, all the pieces started to fit together.  I’d been puzzled by a sudden interest in things that had nothing to do with his role at my company.  He was asking about what kind of insurance I had, wanting to know how much time I spent managing social media.  He was simply mining me for information so he’d be able to ramp up his own company that much quicker.

4. Avoiding long-term projects.  Another sign that an employee is striking out on his or her own is a tendency to decline projects that will extend past their intended leave date.  Even though a staff member may be planning to become your competitor, they still might not want to leave you or your clients in the lurch.  When you find an employee who would ordinarily be thrilled to pick up a project, but who is suddenly reluctant, they may be trying to move on without you.

5. Ramped-up networking.  With my former employee who started his own company, another tip-off was that he suddenly became more outgoing and careful about recording names and contact information.  He’d always been a bit lax in his approach to creating important connections among my vendors and clients, but he was instantly transformed into Mr. Networking when he was contemplating going it alone.  He realized he had a big opportunity to connect while he was still with me.

So what do you do when you suspect an employee is about to become the competition?  You have the talk.  It’s business, and I’ve found that the best practice is to be direct.  In my case, I asked my employee, he owned up right away, and I let him go.  Neither of us was angry or upset, but you simply can’t allow a competitor to stay in your midst.  He ended up starting his own company but in a slightly different niche than mine, so we’ve even collaborated a couple of times.

But when you find out for sure that an employee is starting their own competing company, you must let them go right away.  Don’t continue to give them access to clients and staff to poach.  Be wary, but not paranoid, and you’ll be better prepared.

Mike Michalowicz is a globally recognized entrepreneurial advocate and is the author of Profit First, The Pumpkin Plan and The Toilet Paper Entrepreneur. Mike can be seen as a segment host on MSNBC where he leads business makeovers, and frequently on news channels as a small business expert. He is a former small business columnist for The Wall Street Journal, Entrepreneur and American Express Open Forum.
One Reaction
Subscribe
Follow @smallbiztrends
RSS LinkedIn Pinterest iTunes