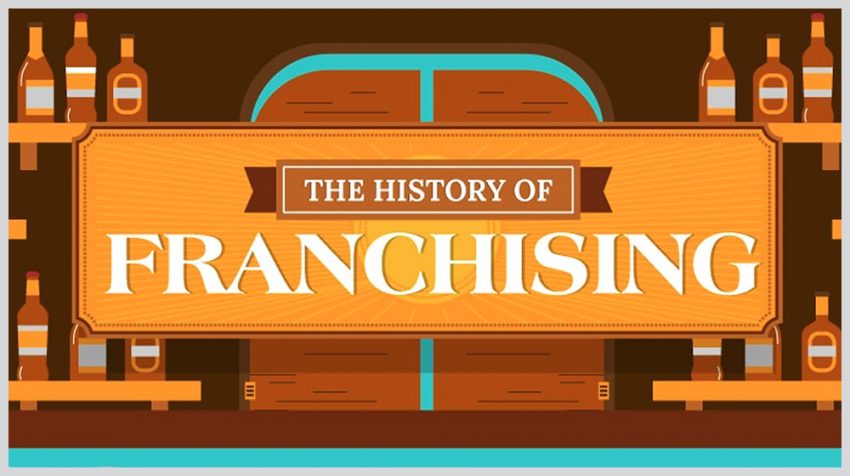 Did you know one of the first franchises in America was between Benjamin Franklin and Thomas Whitmarsh to establish a printing press business in South Carolina in 1731? But the franchise business model goes back even further, according to the highly revealing infographic by Franchise Creator.

Titled, “The History of Franchising,” this infographic highlights the early days of franchises all the way forward to the current well-oiled machine the business model has become. While in the beginning it was dominated by royalty and churches offering their land to farmers, it would later branch out to other entrepreneurs and ventures.

Even when franchises were being developed, they gave the small entrepreneur an opportunity to grow. For farmers, it meant working lands they couldn’t afford to buy and for explorers, it meant getting the financing to discover new goods (such as spices).

Today you can get a franchise for anything from gas stations to pest control services to some truly weird industries.

As the inforgraphic explains, “… Franchisors have always provided franchisees with the resources they need to make more money for both parties. Franchising helped America find Independence in the Colonial era. During the industrial revolution, franchising models helped manufacturing plants proliferate throughout the country.”

Franchising Facts That May Come in Handy When Watching Jeopardy

The agreement Benjamin Franklin signed led him to partner with dozens of other franchisees to spread his printing operations across the colonies.

The first commercial franchise business was carried out in 1851 between Singer Sewing Machine Company and local owner/operators in exchange for a share in the profits.

General Motors sold its first auto manufacturing franchise in Detroit, Michigan in 1898, and the first Coca-Cola bottling plant was franchised in 1901.

After World War II, things pick up with new emerging franchises of brands everyone is familiar with now, including Midas Muffler, 7-Eleven, H&R Block, Pearle Vision and many others.

When it comes to fast food chains, Dairy Queen was first to become a big franchise. The company offered franchise opportunities in 1940 and the growth was spectacular. The company grew from 10 locations in 1941 to 2,600 locations only 10 years later. In 1952, McDonald’s franchised its second restaurant and by 1954 Ray Kroc started licensing the brand and made it what it is today.

You can look at some of the other interesting facts about franchising history in the infographic below.