Entrepreneurs Can Find Inspiration in Obama, Rowling Others (INFOGRAPHIC) 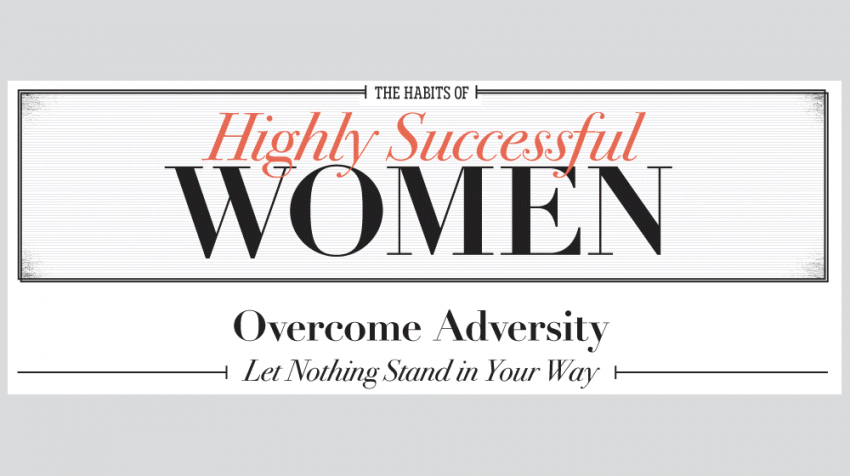 Want to know the habits of highly successful women who certainly haven’t let gender inequality or adversity stand in their way? Check out the enlightening ‘Habits of Highly Successful Women’ infographic presented by BusinessStudent.com.

Chairwoman, CEO and CCO Winfrey, who is worth a staggering $2.9 billion, believes there is no such thing as failure and urges others to remember that “failure is just life trying to move us in another direction.”

Writing the first Harry Potter instalment when she was a single mom living on benefits, author, J.K Rowling had 12 different publishers reject her novel. The creator of a $15 billion brand, who is worth $1.2 billion, is an inspiration to women and living proof that with determination and resilience, anyone can succeed.

Facebook COO, Lean in Foundation Founder, author and activist Sheryl Sandberg, ranks high on the infographic. Sandberg advises writing ‘to dos’ down, believing handwritten schedules and to do lists are more effective than keeping a digital calendar.

Iconic singer, songwriter and businesswoman Dolly Parton also believes writing down goals has been positive in helping her meet her ambitions and keep a positive mindset.

TV personality and actress Ellen Degeneres also hails the benefits of meditation, crediting the practice of transcendental meditation with her ability to still her mind.

Former First Lady Michelle Obama, PepsiCo CEO Indra Nooyi and singer Beyonce Knowles, urge women to recognize that success is a balancing act. According to the former First Lady, Obama allows motherhood to define her, even though it’s only one of her many achievements.

Take a look at BussinessStudent.com’s full infographic below to discover the four habits of successful women.