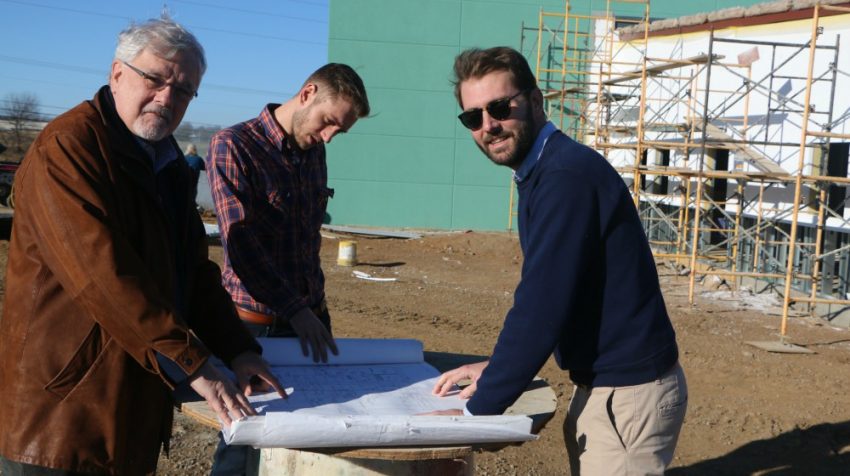 About 95 percent of the world’s bourbon is made in Kentucky. But now there’s a new distillery in town — and it’s specializing in something totally different.

AMBRAbev is named for the mix it creates between Brazilian and American culture in its spirits. The company specializes in making cachaça, a traditional Brazilian spirit made from sugarcane, as well as its own variety of vodka also made with he same key ingredient.

AMBRAbev’s founder Zachary Baeker originally became acquainted with Brazilian spirits when his sister married a man from Brazil. His new brother-in-law introduced him to many interesting facets of Brazilian culture, including cachaça, a spirit that the whole family came to love.

The idea behind the business was initially to take advantage of the opening for cachaça in the U.S. market. The spirit has already been made popular around South America and parts of Europe. But in the U.S., it’s mainly just known as a subset of rum, a spirit that Baeker says is similar, but unique enough to warrant its own category.

But Baeker and his team thought that introducing a completely new type of beverage to the U.S. market could be a challenge. So they decided to also offer a unique variety of vodka — something that people were already more familiar with. The idea was that this product line would buy them some time to educate the public about cachaça so they didn’t have to count on people jumping right into something totally new.

“We saw the vodka brand as an extra revenue stream that would allow us to grow the business from day one,” Baeker told Small Business Trends, “But we were a little surprised. Our instincts served us well in that we’ve found people have had tremendous interest in cachaça. That’s been helped in large part by the growing enthusiasm surrounding cocktail culture. In the last decade, people have gotten a lot more adventurous in how they approach consuming cocktails. They like to experience things that are out of the ordinary. So that curiosity has served us well in that regard. They actually took to the idea of cachaça earlier than we thought.”

Now, the company is opening up its own distillery and production facility in the heart of bourbon country. The company already started by distributing its products around Kentucky, and then expanding to markets in 15 other states. But it did so to this point by outsourcing parts of the production process. The new Danville, Kentucky distillery will make production more cost effective for the company in the long run, as well as provide a place where the public can visit to learn more about the spirits.

The Importance of Location in Manufacturing

So why Kentucky? Aside from the fact that Baeker already made his home in the area, there were plenty of practical reasons to choose a business community that’s very familiar with distilleries, including easy access to services for bottling, distribution and plenty of other behind-the-scenes type services necessary to run such a business.

That doesn’t mean that starting a vodka and cachaça distillery in Kentucky is without its challenges. But the company has found ways to appeal to bourbon die-hards in the area by using bourbon barrels for some special varieties of its products and by communicating with distributors to share some of the commonalities in the distilling and aging processes between the different spirits.

The company still has some work to do before cachaça becomes as well-known throughout Kentucky as bourbon is. But that isn’t really the goal. Baeker and his team simply saw an opportunity to share an existing cocktail with a market that wasn’t really familiar with it. And that’s the concept that has so far led to some growth and early success for AMBRAbev.