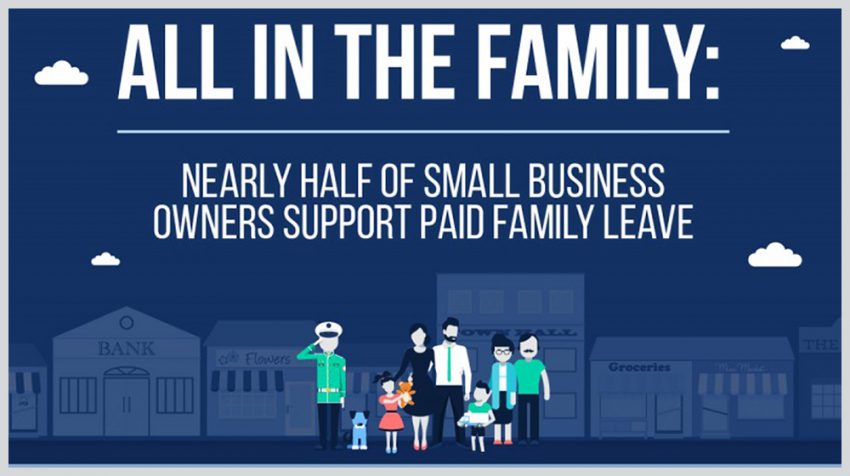 The issue of mandatory paid family leave by small businesses is being addressed in a new survey by Paychex. In it, 71 percent of millennials showed support, but there is no clear consensus as to how it should be implemented or funded by everyone.

In the survey, almost half or 47 percent said they support mandatory paid family leave, while 35 percent were neutral and the remaining 18 percent didn’t support it at all. A further breakdown of the survey shows there is disagreement about the regulation, implementation and funding of the plan.

For small businesses, the term “mandatory” has grave consequences. With limited capital and resources, paying for yet another government mandated program can mean closing their doors forever. The Trump executive orders to eliminate these regulations are helping, but state and local governments are now implementing their own laws to counteract what the President is doing.

This is not to say small businesses don’t want to provide paid family leave. Martin Mucci, Paychex president and CEO, explained the issue in a press release.

“No matter how large or small the organization, most employers want to create a workplace culture that supports employees in times of need,” Mucci said.

However, for some small businesses, family leave and other mandates present real challenges, he said, adding “Whether it’s having a key member of a small team out of the office for an extended period of time or the back-end administration of such a program, mandatory paid leave will introduce new dynamics small business owners will have to navigate.”

The Paychex survey was conducted between November 14, 2017, and November 23, 2017. It included the participation of US companies with 2-500 employees, with 257 principals (owner, founder, co-founder, CEO) of these companies taking part.

Paid Family Leave in the US

The U.S. is the only developed country in the world without mandatory paid family leave. But as companies and some states implement their own policies and laws, it seems to be affecting the national sentiment on the subject.

Results From the Survey

The size of a business plays an important role when it comes to support. Almost four in five or 78 percent of respondents with 20-500 employees showed support for mandating paid family leave. In companies with two-19 employees, the support went down to 45 percent.

The support was further segmented by age and geographical location. Millennials (18-34 years of age) were the biggest supporters at 71 percent. Of those who were 35-49 years old, the support decreased to 59 percent, and it went all the way down to 32 percent for those 50 years and older.

The most supportive regions in the country were the northeast and west, coming in at 55 and 53 percent respectively. The south saw 49 percent support, while the Midwest came in with the lowest number at 30 percent.

See Also: How to Get Paid Sooner in Business

The next obvious question is, how should it be funded? And the answers showed more disagreement. Respondents were trying to find a combination of private and public financing that would fund the program. Everything from tax incentives to pretax payroll contribution from employees as well as new or higher taxes on corporations were suggested.

There is more data on the Paychex survey, some of which are in the infographic below.