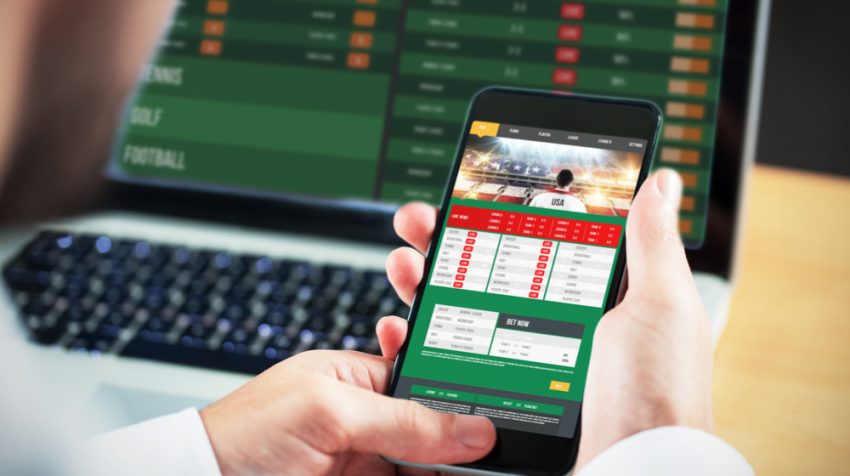 You’ve probably participated in or even organized a Super Bowl office pool for years and thought nothing of it.

These fun little betting games are a way for even the novice fan to gain a rooting interest in the game. For the most part, these pools can be harmless fun. There’s just one big thing to remember: They should almost never involve money.

We reached out to Aaron Holt, a board certified attorney specializing in labor and employment law for the firm of Cozen O’Connor, to get some expert insight into something that you’ll likely see floating around your small business office or workplace this week.

“Keeping money out of the pool will help avoid most of the legal issues,” Holt says.

There are few exceptions to the rule that office betting pools should avoid involving money, he added. Right now, just four states have outlawed sports gambling, per the Professional and Amateur Sports Protection Act of 1992. They are Delaware, Montana, Nevada, and Oregon.

This goes beyond this Sunday’s Super Bowl, too. It includes any professional sporting event and even amateur games like the Olympics (starting on Feb. 8) and the NCAA March Madness basketball tournament.

“Specifically, PASPA prohibits any private person from operating a wagering scheme based on a competitive game in which ‘professional or amateur athletes participate. In addition, many states have criminal laws prohibiting gambling,” Holt says. “Because each state is different, participants and organizers should consult their respective laws before creating a pool.”

In states where office betting pools are outlawed (and that’s most of them), if money is involved, the person collecting the money is most likely to be in the hottest water if they’re caught.

“Each state has different gambling laws with different penalties, but John Bovery from New Jersey is  a good cautionary tale,” Holt says. “Bovery ran an online office pool that was worth $837,000 in 2009. He was eventually arrested by a SWAT team and charged with illegal gambling under state law. Bovery never accepted a cut of the pool (also known as a vig or vigorish), but instead asked the winners for a “gift” of 10 percent of their winnings if they were happy with the experience.

“He spent 25 days in jail after being indicted before posting bail,” Holt added. “Police seized all of his bank accounts, including his life savings. This seizure was recently upheld by a New Jersey Court of Appeals. In the end, Bovery pled to pre-trial intervention (a type of probation which doesn’t stay on your record if successfully completed) and a $125 fine. Employers and would-be organizers should think hard about the risk-reward before going down this road.”,

If you still insisting on creating an office pool centered around the game on Sunday or any sporting event in the future, Holt suggests contacting an employment attorney first. He says this is an especially important step if your company extends beyond a single state.

While it sounds like a dangerous situation in which to get involved, an office betting pool can actually be a good team builder and a fun way to connect your employees, if done correctly. Instead of giving away cash, there’s nothing wrong with some other prizes with no real monetary value.

Holt says, “Pride is always an acceptable wager. Non-monetary prizes or work-specific benefits come to mind as well. For example, a prime parking spot, additional paid time off, or other work-related perks.”

Besides, if money does get involved, there’s a better chance of the pool consuming your employees’ time and distracting them from the work you’re paying them to do. And the pool losers are less likely to snitch on another employee or you, the business owner, for condoning an illegal pool if no money is on the line.

“If (your) goal is team-building,” Holt says, “Consider alternative pool ideas like who dies next on Games of Thrones or Oscar winners.”