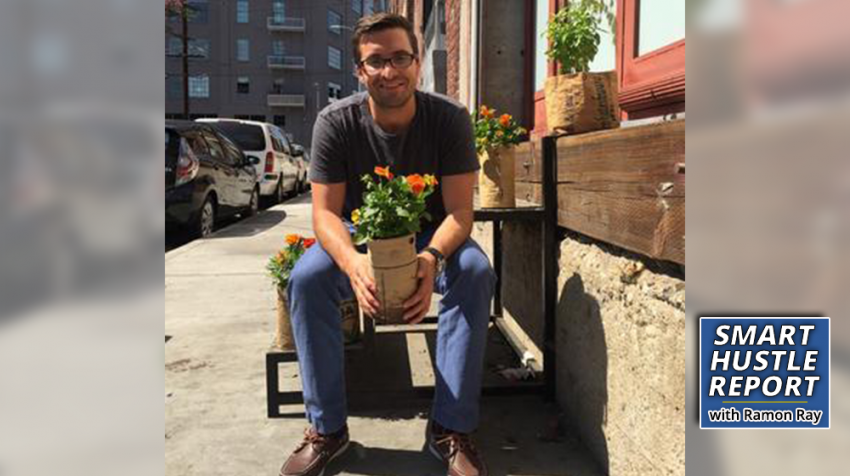 Chad Corzine didn’t set out to start a business. He simply wanted to start a small garden in his apartment and couldn’t find a product that fit his needs. Even after he did start his business, he had to constantly make adjustment and change his thinking based on things he learned from customers.

Corzine is the founder of Urban Agriculture Co., a business that sells grow kits aimed at making gardening easier for everyone, even those who don’t have a ton of space. Corzine recently spoke with me as part of Small Business Trends’ Smart Hustle Report, where he discussed the idea behind the business and multiple factors that led to the company’s early success.

You can hear the full interview here:

Corzine said, “Our company did not invent the grow kit. We just reinvented it, in my opinion.”

The idea originally came to him when he was trying to grow plants in his apartment. He used other grow kits, but every option on the market only included a seed starter kit, which requires customers to transplant the plants once they start growing. The process led to Corzine killing a lot of plants.

His simple idea of a grow kit that didn’t require transplanting blossomed as a result. Here are some of the main factors that led to the company’s success.

Early on, Corzine mainly sold the grow kits at farmers markets. And he was surprised by the people who seemed to gravitate to his products.

He said, “When we came up with the idea, I thought I was my own target audience.”

But instead of young city dwellers crowding his booth, the crowd was mainly made up of women with families. So Corzine asked them about why they were drawn to his products, and found that many bought them to give as hostess gifts, teacher gifts and small tokens. That information became paramount as he began marketing the business.

Use Kickstarter as a Way to Test an Idea

Later on, Corzine and his team created a crowdfunding campaign both to raise money and to test the viability of the idea. He thinks it’s a great way to test your idea even if you don’t need a huge influx of cash.

Corzine said, “Kickstarter is an emotional roller coaster. You get a sale, your heart flutters. You don’t get a sale one day, you’re just in the gutter. It’s an up and down experience. But we ended up getting funded. And it wasn’t a tremendous amount of money. I think it was like six or seven thousand dollars. But it was enough to take all of that and invest it into inventory.”

Own Up to Mistakes

The business hit a major snag early on when stores that carried the products found that the grow kits included gnat eggs and led to an influx of bugs. But Corzine used that as an opportunity to get out and speak with those clients directly.

He added, “I explained to them what happened. I explained to them how I solved it. But you would be shocked by the repore you can build with a customer, at least in our world, as an owner of a startup if you just go put yourself out there and be honest with them.”

Ramon is an entrepreneur, best selling author and global speaker. He is the founder of Smart Hustle Magazine. You can read more about Ramon.
One Reaction
Subscribe
Follow @smallbiztrends
RSS LinkedIn Pinterest iTunes