How to Use the Super Bowl to Promote Your Business – Not! 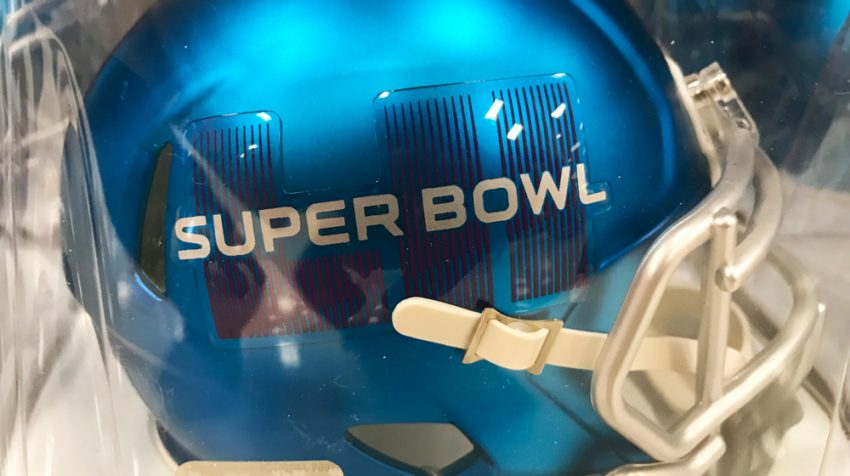 It’s the advertising day of the year, too. Some might say, it’s the Super Bowl of advertising.

You may be thinking of running a special promotion for your small business that ties in with the game. Maybe you’re near one of the teams in the game or the game itself (this year, in Minneapolis). Maybe your business is sports-themed — like a bar,restaurant, or a collectibles shop — or maybe you just like the game. And maybe you know the power this one game has as far as promotional power goes.

For the sake of your small business’s future, whatever you’re thinking, think again.

What You Need to Know About the Super Bowl Trademark Rules

Don’t ever use the words Super Bowl, Eagles, and/or Patriots in any of your potential promotions ahead of the game. That’s because the National Football League has serious restrictions on uses of these terms for advertising and they WILL pursue action against you if you violate these trademarked terms.

Aaron Holt is a board certified attorney in labor and employment law at the firm of Cozen O’Connor. He answered a round of questions from Small Business Trends this week regarding Super Bowl advertising and your small business.

His one simple piece of advice is to avoid using these protected terms at all costs.

“Not without written consent from the NFL,” Holt says. “The NFL owns at least eight trademark registrations containing the words SUPER BOWL. It has even trademarked SUPER SUNDAY. The NFL gets commercial sponsors to pay handsomely for official sponsorship of their products i.e. soft drinks, trucks, beer, etc. In order to prevent confusion with its commercial sponsors, the NFL takes steps to prevent any unauthorized use of its trademarked terms in commercial advertising that could imply false sponsorship or affiliation.”

The NFL reminds viewers before every game that it’s illegal to promote the game without the written consent of the league … and they mean it.

In fact, about 11 years ago, the NFL went after a church that promoted a Super Bowl Watch Party because it mentioned the name of the game in its advertising.

The copyright protections the NFL has in place extend to all parts of the game, too. That includes using the name of the game, images of the Vince Lombardi trophy, the game logo, team logos, team helmet logos, player names, player images and more.

Rest assured, the NFL will throw a penalty flag if you violate their terms.

Holt says, “Typically the NFL will issue a cease and desist letter before the event. For example, in 2007, the NFL forced a church to cancel its watch party which was advertised as a “Super Bowl Bash.” If you are counterfeiting merchandise, (the laws impose) possible penalties of up to 10 years in jail and $2,000,000 in fines. For copyright violations, up to $150,000 per infringed work if the misconduct was willful and intentional. This type of infringement may also constitute theft, fraud and other criminal penalties.”

Obviously, businesses that can’t afford Super Bowl advertising still run promotions that are football-themed. That’s why you hear so many references to “The Big Game” instead of the Super Bowl. They’re everywhere and you certainly shouldn’t avoid promoting your business around the game entirely. Just don’t call it the you-know-what.

Holt offered up one other increasingly popular (and clever) acceptable alternative, The Superb Owl. It’s an idea floated on the old Colbert Report TV show on Comedy Central and has been bandied about this week on Reddit, too. 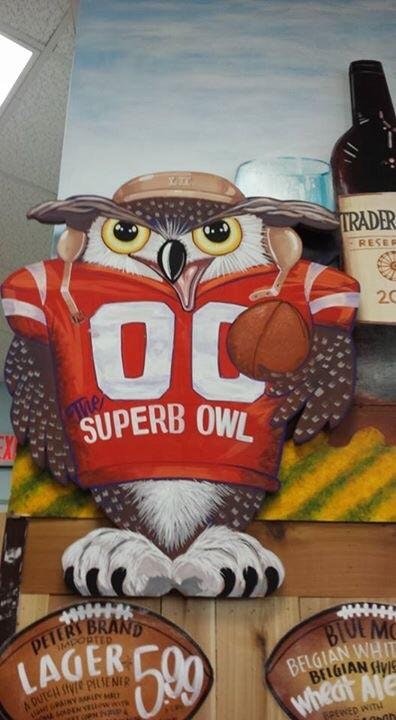 These restrictions extend to social media posts your small business creates ahead of the game, too. Holt says you can discuss the game in your social posts, but anything that borders on promotion of the game in conjunction with your business will likely end up with you hearing from the NFL.