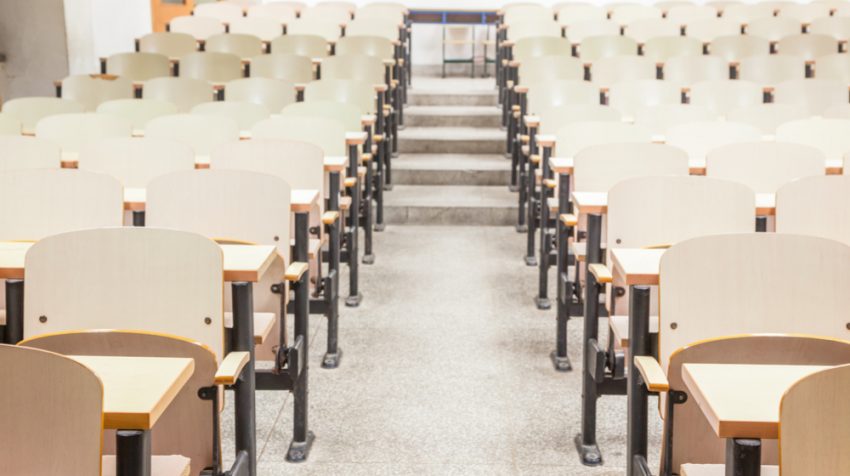 Becoming a founder of a unicorn company is a dream that many entrepreneurs hope to achieve.

To be considered a unicorn, the private business must reach a valuation of at least one billion dollars, and that’s no small feat.

People often attempt to break down what it takes to become a unicorn founder. While hard work and dedication are usually assumed requirements, along with a stellar concept, everyone knows that it takes more than that to reach the stars.

A recent chart was released that hoped to shed some light on the question, showing which universities can claim the most unicorn company founders as alumni.

Here’s what it had to say.

Statista used data from Sage to create an infographic showing which schools come out on top in regards to molding unicorn founders. The included educational institutions hail from all around the world including, but not limited to, the US, India, England, Israel and Canada.

The top school on the list, Stanford University, claims 51 unicorn founders as alumni while runner-up Harvard University has 37. Rounding out the top three is the University of California with 18. 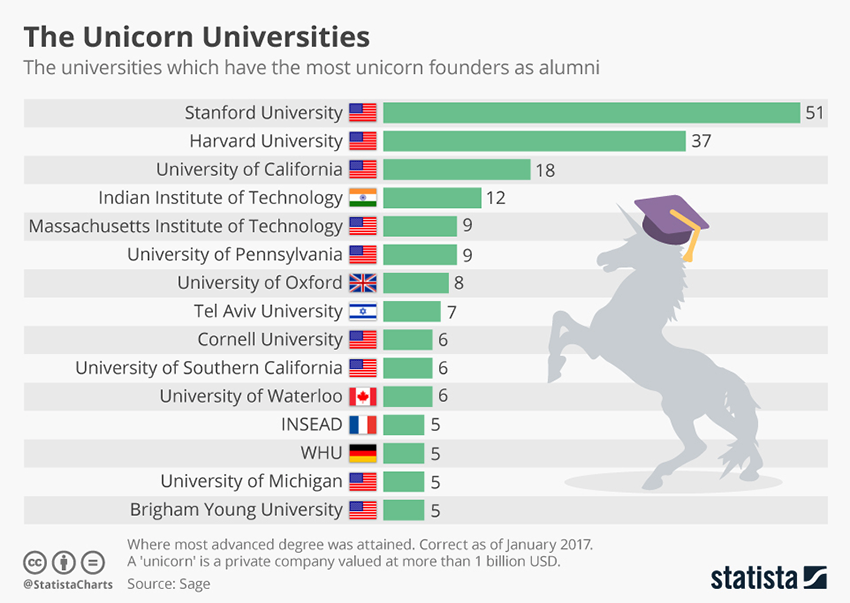 Stanford University’s unicorn founders include Elon Musk as well as Sergey Brin, Larry Page, and Evan Spiegel. Harvard was at one point home to Mark Zuckerburg, Jason Kilar, and Mark Pincus while Travis Kalanick, Nicholas Woodman, and Logan Green all spent time at the University of California.

It should be noted that the data focused on where the person achieved their highest-level degree or they participated in their most recent educational pursuits, so many of the people included in the analysis may have attended other institutions along the way. For example, Elon Musk attended Stanford but did not complete the program.

Additionally, there are other schools that have played a role in the lives of unicorn investors whose alma maters didn’t breach the top 15, so, even if you didn’t attend one of these institutions, that doesn’t mean you can’t achieve unicorn status.

I, myself, am a graduate of the University of Waterloo Faculty of Electrical & Computer Engineering, which is the 11th school on the list of unicorn universities. One day soon, I hope to be able to take my place as a unicorn founder, doing my part to bring the University of Waterloo up a bit in the listings and joining the ranks of other notable unicorn alumni like Ted Livingston and Christopher Best.