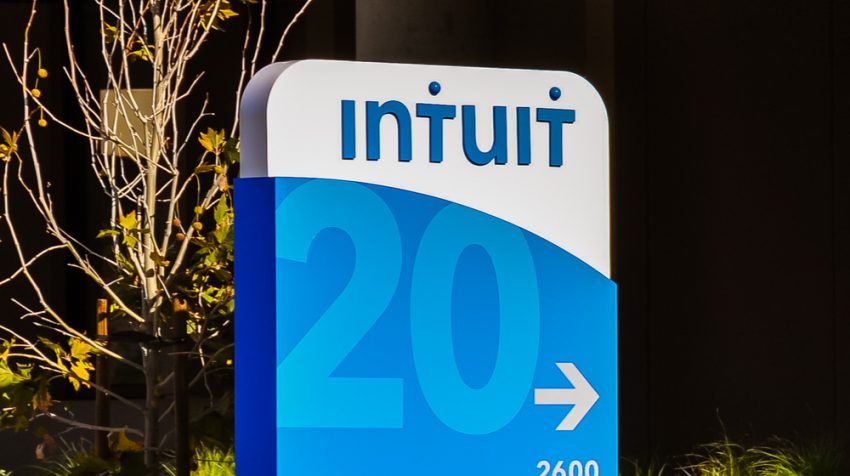 The gig economy is changing the way small businesses hire. And it has also led to more people making a career out of freelancing and contracting. Previously, tax season was complicated both for contractors and the small businesses that hire them. But a new Intuit tool aims to change all that.

In addition, the recent Trump tax plan could make a major impact on small business finances going forward. And Small Business Trends sat down with a CPA to better understand some of the nuances.

See both of those articles along with other small business headlines below in this week’s Small Business Trends news and information roundup.

Intuit (NASDAQ: INTU) today unveiled a series of new features for QuickBooks aimed at helping small businesses that work with freelancers and independent contractors. And it can potentially make life easier for those contractors as well.

The recent passage of the Republican tax bill could lead to big changes for small businesses. But some entrepreneurs are still unsure exactly which parts of the bill might have the biggest impact. So a financial professional could potentially shed some light on the specifics. Ryan Himmel is a CPA and head of financial partnerships in the Americas for Xero.

The BizBuySell 2017 Insight Report shows record annual small business transactions for the year, totaling 27 percent higher than those in 2016. The high numbers were the result of a strong second half in 2017, driven by a robust economy. This resulted in 9,919 closed transactions for 2017, compared to 7,842 in 2016.

Small businesses aren’t feeling especially optimistic about the Trump administration’s ability to enact policies that will help them, according to Rocket Lawyer’s 2018 Small Business Index. Or at least, the optimism that many of them were feeling last year has waned a bit.

Small Business Confidence Was Higher Than Ever in 2017

After analyzing consumer spending at more than 1.3 million merchant locations in the U.S over the holiday shopping season, FirstData (NYSE: FDC) has revealed it was the strongest in four years. First Data’s SpendTrend Report shows the overall growth for the entire holiday season was up 6.2 percent from the previous year, which was at 4.7 percent.

Small businesses looking to gain more government contracts could benefit from a new specialized incubator. The GovCon Incubator is a multi-layered program that provides curriculum to address every aspect of the federal government contracting process. OST Global Solutions is the company behind the new GovCon incubator.

The issue of mandatory paid family leave by small businesses is being addressed in a new survey by Paychex. In it, 71 percent of millennials showed support, but there is no clear consensus as to how it should be implemented or funded by everyone.

This year, the minimum wage will increase in 18 states. Another 20 local municipalities will enact their own minimum wage this year, too. These state and local governments are acting on their own as the federal minimum wage stays at $7.25 per hour. The local changes, however, are having an impact on small businesses in each location.

2 in 3 Employees Don’t Trust Your Process, Many Looking for New Jobs

There’s a good chance that your employees aren’t very happy with your business’s processes, according to a just-released study from Nintex, a workflow and content automation company. And that perception could cause many of them to seek employment elsewhere.

A business card is a piece of your company’s direct marketing plan. It typically includes a person’s name, phone number, email address, website and company. While the exchange of business cards might seem outdated in today’s digital world, it is still almost a ritual.

Yelp (NYSE: YELP) is yet again facing accusations that it’s creating a pay-to-play scheme to get more businesses to buy advertisements on the popular review platform. This time, Dallas area businesses are accusing Yelp of hiding five-star reviews when they refused to pay for advertising, according to a report from CBS Dallas/Fort Worth.

Fantasy, Space and New Minimalism Set to Influence Design in 2018

The seventh Creative Trends Report by Shutterstock (NYSE: SSTK) is forecasting 11 styles which it says will be influencing design and visual production in 2018. Fantasy, New Minimalism, and Space are the top three styles this year.

The new campaign builder from MailChimp has been improved to give you more flexibility so you can address each point of the campaign when you are ready. Unlike the step-by-step process of the past, the new check-off system allows for improved collaboration and the flexibility to go to different parts of the campaign at any given time.

How to Make Your Mobile Marketing Amazing in 2018

As a small business, mobile marketing has to be part of your overall campaign if you want to reach your customers. A new infographic by Filmora points out some mobile marketing statistics you should be watching out for in 2018 along with some valuable tips.

The new Verifone (NYSE: PAY) e280 mobile point-of-sale (mPOS) solution looks like a smartphone and it is just as portable. However for retailers, it means being able to accept payments in different locations throughout the store as well as outside of it.

The acquisition of Unata by Instacart will bring together two companies who are transforming online grocery shopping — and create plenty of opportunities for contractors in the gig economy and small independent grocers.

Nationally, December was a bad month for brick-and-mortar retail with sales dipping 5.5 percent below December 2016. Traffic also dropped 7.5 percent for these stores. Even transactions dipped 7 percent, according to the latest Retail Performance Plus Year over Year Report for December from RetailNext.

When HP (NYSE: HPQ) introduced the ElitePOS in August of 2017, it reimagined what a point-of-sale system could be. Now the company has expanded the system with more personalization and choice for retailers. The addition includes a white version of the ElitePOS, which was driven by customer request.

Video has become a powerful tool for a lot of businesses, whether you’re creating advertisements or looking for ways to explain a product or service. Platforms like YouTube give video creators a way to easily share their content. But a new platform, Truvid, goes a step further.

Online fraud attempts in the U.S. during the 2017 holiday shopping season increased by 22 percent. The insight comes from new ACI Worldwide benchmark data gathered from top U.S. merchants. The report reveals fraud attempts were highest on Thanksgiving day, Christmas Eve and and Dec.

Hackers  Will Target Small Business Through the Internet of Things in 2018, New Report Says

Google (NASDAQ: GOOGL) announced recently it is merging all the different payments services it offers, including Android Pay and Google Wallet, into a single brand: Google Pay. Small businesses that accept payments on its ecosystem will now reportedly have simpler, safer, and more consistent experiences.