Small Business Demand for Restaurant Food Workers Up 355% Over 2014 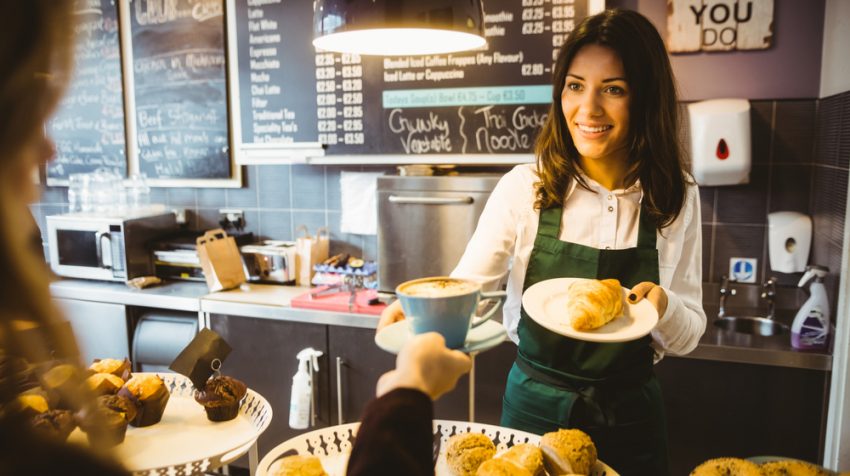 The food and hospitality industries are feeling the effects of the economic good times in the U.S.

And many of the companies in these areas are small businesses.

According to Indeed.com, there’s been a sharp uptick in the number of job listings at small businesses in the food and hospitality industries. The job-finder site has put together data to show which jobs at these small businesses are on the sharpest rise. Indeed.com compared the job listings on its site from the fourth quarter of 2014 to the fourth quarter of 2017. Only companies with less than 150 employees were included.

The data shows that “Food service worker” has seen a 355 percent increase over that time. “Dishwasher” saw a nearly three-fold increase in job listings, too, up 299 percent.

“The healthy economy continues to have a positive effect on the restaurant and hospitality industries,” explains Indeed Senior Vice President and head of HR, Paul Wolfe. “The top of this list reflects that, with ‘food service worker’ seeing a 355 percent increase in job postings this year. We also see a much higher demand for ‘housekeeper’ and ‘hotel housekeeper’, both of which did not appear in the 2014 findings.”

The other food and hospitality jobs that have seen extremely sharp rises in the number of listings at Indeed.com include “Hotel housekeeper” at 255 percent, “Kennel assistant” at 207 percent, and “Food runner” at 187 percent.

An increase in these types of jobs — especially at these rates — shows that many restaurants, hotels and bed-and-breakfasts, are seeing increased business. They’re hiring more employees to meet the demand for their services and products.

That’s good news on the surface but more employees means more costs. Nearly two dozen states and more local municipalities have enacted minimum wage increases this year. Check out the rest of the jobs seeing similar jumps in listings at Indeed.com in their chart below: 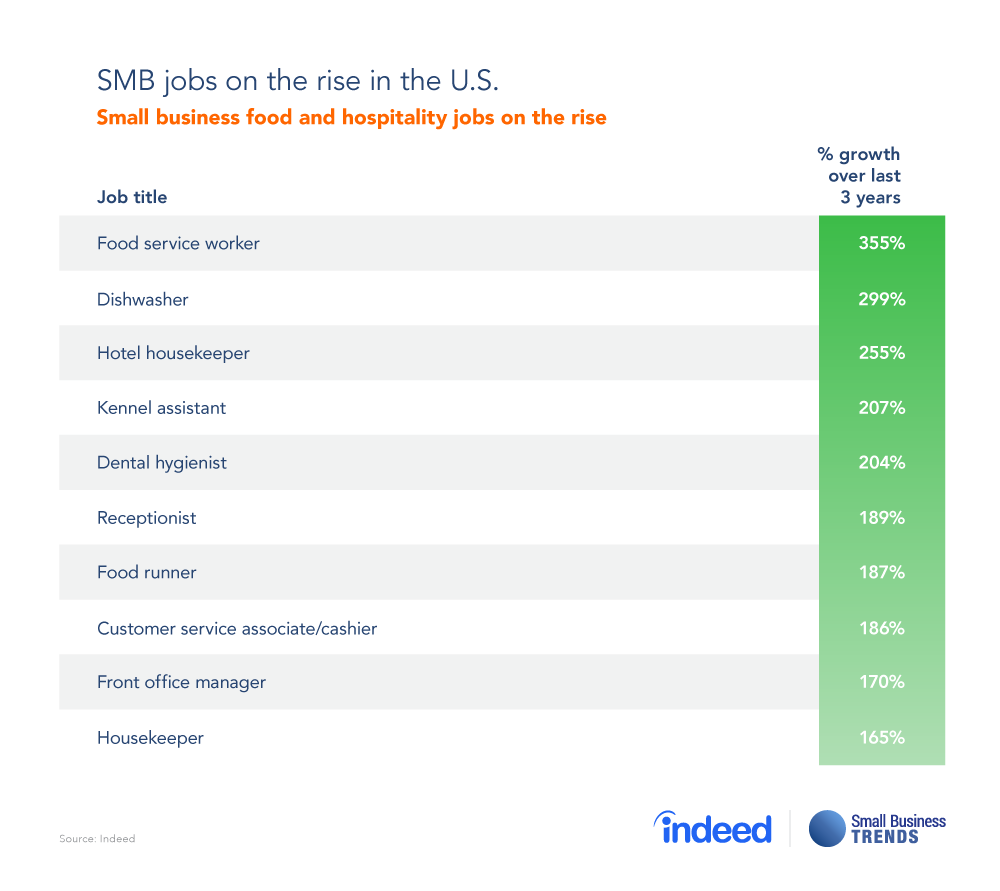