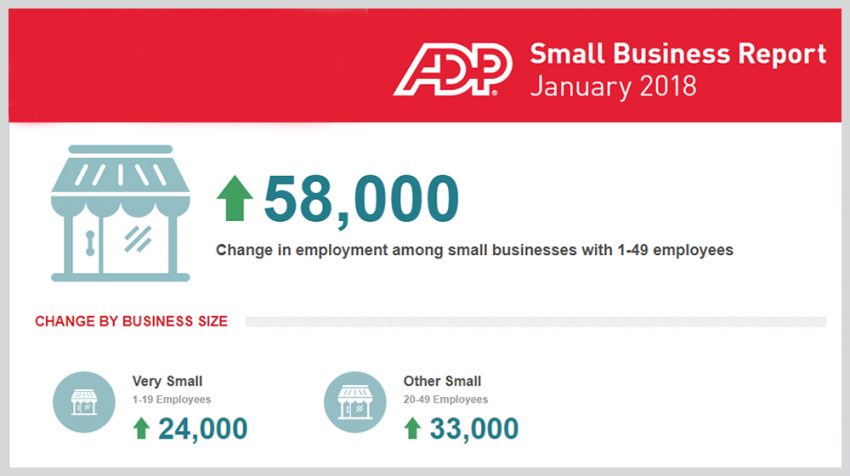 A report suggests growth of private sector employment beat projections by almost 50,000 jobs in January 2018 and small businesses were a big part of that growth.

Economists were projecting an increase of 185,000 private sector jobs for the first month of the new year. However, the ADP (NASDAQ:ADP) National Employment Report showed a growth of almost 50,000 more private sector jobs than expected — a total of 234,000 jobs in all. Significantly, small businesses contributed 58,000 of those.

So what’s the reason for this great performance?

The economy is firing on all cylinders with the New York Federal Reserve raising its estimate of U.S. gross national product growth by 3.98 percent for the fourth quarter. The unemployment rate is also at a 17-year low with the Bureau of Labor Statistics reporting it is now at 4.1 percent. And the stock market has been on a tear, increasing its value by trillions of dollars. Add fewer regulations and a more tax-friendly business environment and there is no telling how far this economy will go.

For small businesses, the current economic climate is providing new opportunities. According to the Biz2Credit Small Business Lending Index reports for December 2017, the approval rates at big banks and institutional lenders reached new highs at 25.2 percent.

Mark Zandi, chief economist of Moody’s Analytics, said in a press release on the ADP report, “The job market juggernaut marches on. Given the strong January job gain, 2018 is on track to be the eighth consecutive year in which the economy creates over 2 million jobs. If it falls short, it is likely because businesses can’t find workers to fill all the open job positions.”

Businesses in the service industry generated the most jobs at 212,000 followed by goods-producing industries with 22,000. 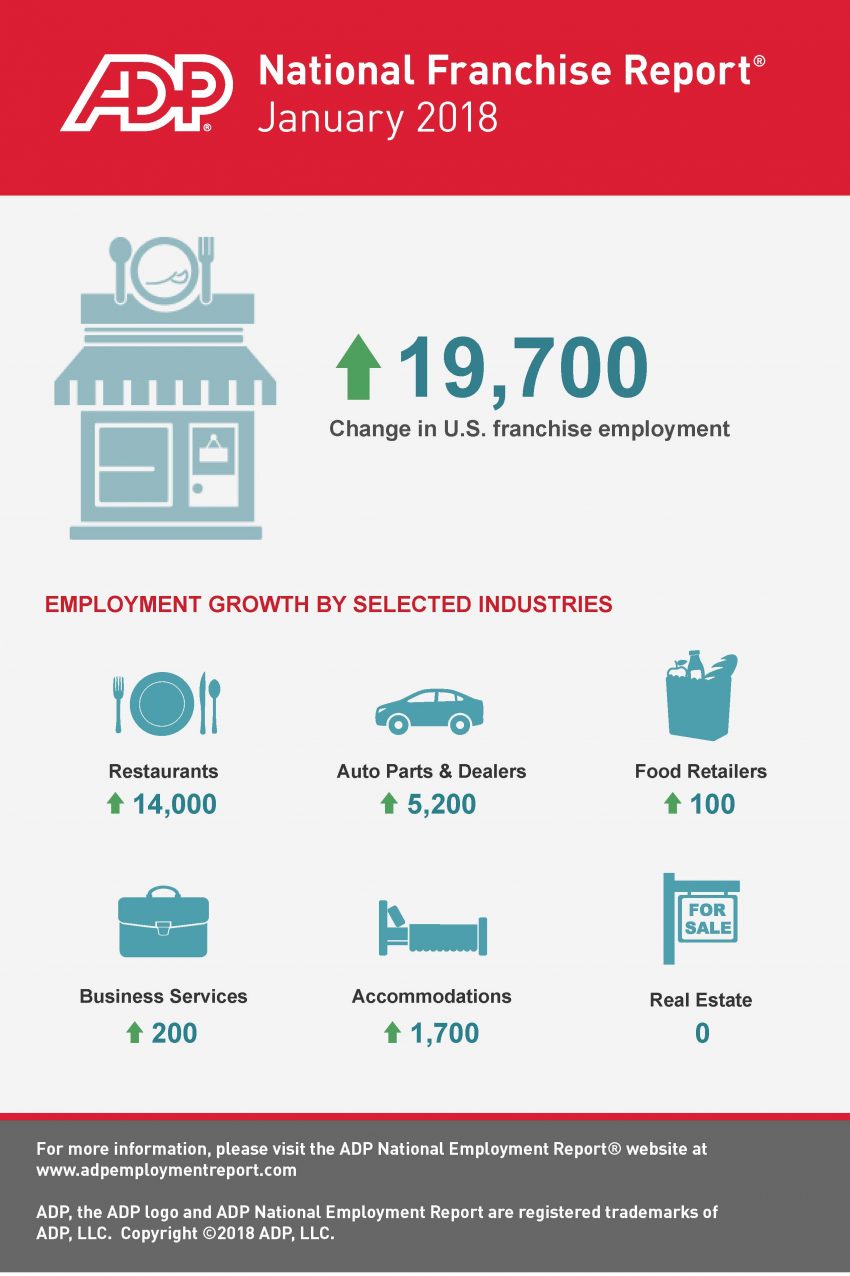 Ahu Yildirmaz, vice president and co-head of the ADP Research Institute, said, “We’ve kicked off the year with another month of unyielding job gains,” said. “Service providers were firing on all cylinders, posting their strongest gain in more than a year. We also saw robust hiring from midsize and large companies, while job growth in smaller firms slowed slightly.”