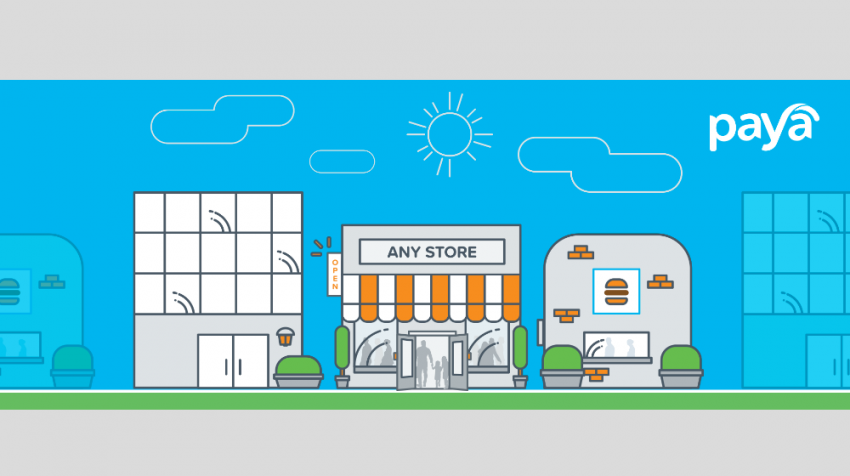 Sage Payments Solutions has already been providing finance options for small businesses. But that particular platform is now undergoing a rebrand, with the new tool going by the name Paya. In addition, Infusionsoft launched a new version of its own tool for marketing and consulting partners.

These are just a couple of the headlines from the past week that could have an impact on small business. Read on for more in this week’s Small Business Trends news and information roundup.

Sage Payment Solutions has undergone a rebranding and it will be operating with its new name, Paya (pronounced pie-ya). The name change comes after the acquisition of the company in June of 2017 by GTCR for $260 million. As part of the rebranding, Paya will be focusing on innovation in the fintech segment and expanding its channel partner program.

Infusionsoft just launched a new tool that aims to help marketing agencies and consultants that work with small business clients. Partner Edition, as it’s called, gives Infusionsoft partners a single platform to manage all their different clients and campaigns.

I’ve started four companies and sold one. Starting and growing a business is challenging and hard. We entrepreneurs spend late nights pouring over paperwork, spend days working on client projects and spend weekends catching up and getting ready for the coming week.

ThinPrint Cloud Services has a new solution called ezeep Dash which can move your entire print management system to the cloud. Printers and printer drivers can now be fully managed in one portal without a server while being able to print locally if there is no internet connection.

More than two-thirds of employees are charging their phones at work with their own chargers, potentially compromising the safety of the office. This was the finding of an independent survey carried out by the power module supplier, CMD. The survey asked 751 members of the UK public which electrical devices they bring from home and charge at work.

Small business job growth and wages increased in the first month of 2018, according to The Paychex | IHS Markit Small Business Employment Watch. While The Small Business Job Index was below the break even point of 100 at 99.88, it still marked a small increase over December of 0.18 percent. However, January’s job growth rate is down compared to this time last year by 0.74 percent.

U.S. negotiators are at last noticing some progress in trade negotiations with Mexico and Canada after months of work and six rounds of NAFTA talks. NAFTA Negotiations Update “We finally began to discuss some of the core issues, so this round was a step forward,” Robert Lighthizer, the U.S. representative, said during remarks after the talks concluded Monday.

Trump  Addresses Small Business in State of the Union Address, But Leaders Say More is Needed

President Donald Trump noted small business and even invited two small business owners and one of their employees to sit with First Lady Melania Trump to watch the speech. Trump delivered his first State of the Union address on Tuesday night and spent a large portion of that time focused on the economy.

Franchise businesses can look to 2018 with confidence and optimism, benefiting from a climate of tax relief and regulatory reform. This was the finding of the new Franchise Business Economic Outlook for 2018, which forecasts the franchise sector is strong and expected to grow at a faster pace than the rest of the U.S. economy.

Polarizing Brands Not Exactly Hurting, But Should Your Small Business Get Into the Act?

Morning Consult and its survey of 336,370 Americans has revealed the most polarizing brands in the country aren’t exactly hurting for business. The top 10 brands are directly or indirectly related to the President, with Trump Hotels taking the number one spot.

Grumpy Cat — or at least the company behind the internet-famous feline — just won a major copyright and trademark infringement lawsuit against a beverage company that used the cat’s name and image without permission. The family-owned beverage company, Grenade, actually had an initial agreement with Grumpy Cat Limited to sell a beverage called the Grumpy Cat Grumppuccino.

Are Costco, Sam’s Club and BJ’s Wholesale doomed? According to an article in the Washington Post, millennial and Gen Z shoppers –the future of retail — haven’t warmed to the warehouse superstores in the way baby boomer and Gen X customers have.

The integration of BigCommerce, Magento, and PrestaShop with Google Merchant Center is going to be terminated on March 20, 2018. The news was reported via an email sent to BigCommerce retailers, reports Sales & Orders.

In a move to manage payment flow and simplify the end-to-end experience for sellers and buyers, eBay has signed an agreement with the leading global payments processor Adyen. By intermediating payments on its Marketplace platform, eBay (NASDAQ: EBAY) intends to improve the customer journey.

Zoho CRM Blueprint Maps Out Process for Your Sales Team

More and more consumers are clamoring for products made with all natural ingredients. And when it comes to juices, smoothies and bowls, Main Squeeze Juice Co. obliges. The company fills an important need in a growing industry. Read more about it in this week’s Small Business Spotlight.

Online freelancer marketplace Fiverr just announced its acquisition of AND CO, a services platform aimed mainly at freelancers and sole proprietors. AND CO’s SaaS platform, which features invoicing, contracts and payments services, is now available for free as part of the acquisition. Previously, AND CO was available as a paid subscription.

Mastercard (NYSE: MA) is addressing the gig economy and next-gen workers with the launch of the Inclusive Futures Project. The project brings together digital companies to specifically generate products and services for this workforce, which now includes a wide cross-section of the population.

Facebook’s News Feed Armageddon Does’t Have to be Bad, 10 Things Your Brand Should Know

Recently, Mark Zuckerberg, CEO of Facebook announced the end of the Facebook News Feed as we know it. In a nutshell, public posts from brands, pages and publishers are being diminished in a substantial way from the Facebook News Feed. Here are 10 things you need to know about the impending news feed Armageddon.

About 95 percent of the world’s bourbon is made in Kentucky. But now there’s a new distillery in town — and it’s specializing in something totally different. AMBRAbev is named for the mix it creates between Brazilian and American culture in its spirits.

Thinking About the Cannabis Industry? Here’s some Data That May Be Helpful (INFOGRAPHIC)

Not too long ago, the marijuana business was considered illegal in most American states. Today, it’s a fast growing industry, legal in several states across US. Not surprisingly, the number of “potpreneurs” is growing every minute.

IT professionals can now participate in a new affiliate program geared toward their client’s taking online payments. PaymentSpring just announced the product whereby IT pros like developers can sign their clients up for the payment processing gateway. They then earn a share of every payment through the program.

Whether small or big, technology downtime is a concern for all types of businesses. Cost of a Tech Fail According to a new report by Ireland-based IT solutions company, ERS IT Solutions, on average IT downtime costs businesses $1.55 million every year. Businesses do not only lose money due to IT downtimes.

Meltdown and Spectre Bugs Could Threaten Your Small Business’s Computers

Nearly every computer manufactured in the past 20 years is affected by Meltdown and Spectre, two momentous computer bugs. And the rollout of the patches is not going well, leading an expert in the field to say it will take years for full implementation. One of those experts is Paul Kocher, who was part of the research team that discovered Spectre.