Just 39% of Employees Want to Negotiate Their Salary 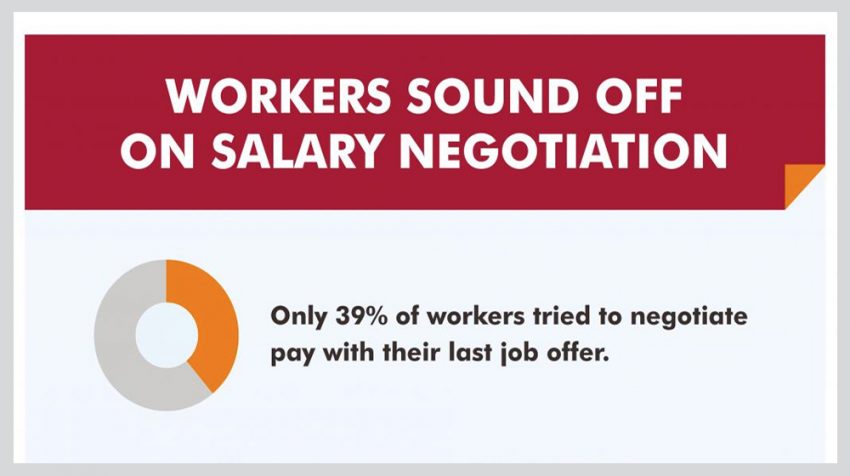 Staffing firm Robert Half (NYSE: RHI) just released the results of a survey about the negotiating going on with starting salaries. And only 39 percent of the respondents said they tried to negotiate pay with their last job offer.

The survey pointed out differences between genders and age group, as well as the many different cities across the country. The survey was carried out by an independent research firm with the participation of 2,700 workers across 27 cities in the United States. Male and female workers between the ages of 18-55+ in professional environments took part.

The survey didn’t identify company sizes, but for small businesses finding high-caliber talent and paying them the salary they want is a challenge. The good thing is for today’s employees, more specifically millennials, money is not the end all be all for them. Life-work balance, excellent working environment, upward mobility, charitable efforts and other factors go into considering a position.

The hiring process is also more complicated, as states have passed laws about discussing wages and past history.

Paul McDonald, senior executive director at Robert Half, addressed how employers and candidates should approach the subject considering the different laws, market conditions, and expertise. In the press release, he said, “Starting salary should be a factor of the job skills required and current market demand for those skills. That’s why it’s more important than ever for both parties to research market conditions thoroughly to pave the way for realistic, productive discussions.”

According to the survey, if you are from New York, Dallas, and San Francisco, you are more likely to ask for more pay. These cities came in on the top three at 55, 51, and 50 percent respectively, while Raleigh, Minneapolis, and Indianapolis came in the bottom three at 29, 26, and 24 percent. 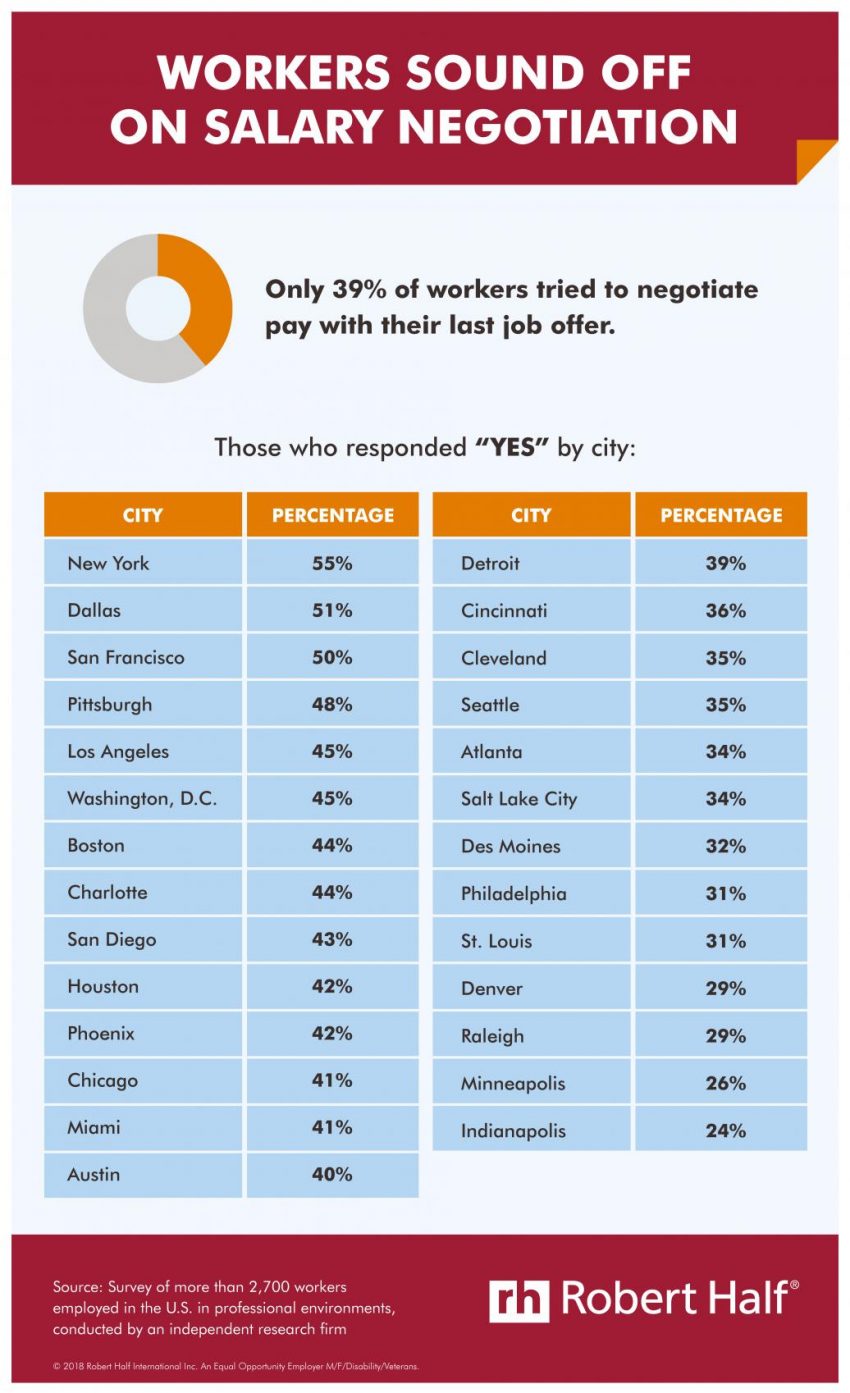 When it came to gender, 46 percent of males said they would negotiate salaries compared to 34 percent of females. And younger applicants were ahead of their older counterparts, as 45 percent of 18-34-year-olds said yes to having negotiated. The next age group which was from 35-54 came in at 40 percent and those 55 and over were last at 30 percent. 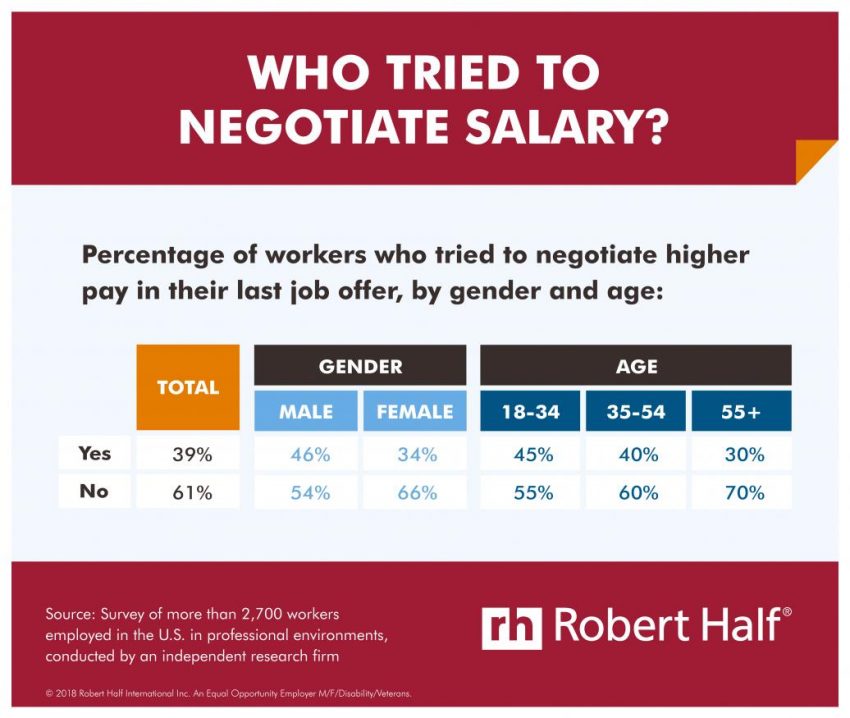 So does this data help you make hiring decisions and does it alter the process of onboarding and interviewing? First, it is important to be aware of the legislation in your state regarding what you can ask in the hiring process. This will dictate what you can and cannot ask so you can evaluate your approach. Based on the data from the survey, you can also prepare yourself for who is most likely to negotiate, so you can have answers ready for them.

At the end of the day, you are trying to get the best talent possible for the salary you can afford. You will not always get the person you want, but if you have other incentives and potential for growth, it might be what they are looking for. Good luck with your next hire!

See Also: Yikes! 97 Percent of Your Employees May Not be Able to Identify a Phishing Email (INFOGRAPHIC)
3 Comments ▼
Editor's Picks
Michael Guta