Brands Make Decisions on NRA Support, What Should Your Small Business Do? 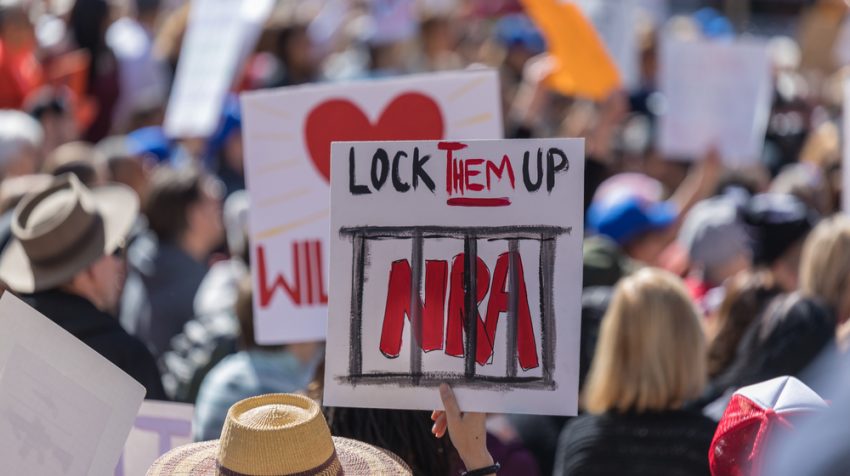 The data says your company should probably voice its opinion on the recent school shooting in Parkland, Florida.

If not that specifically, then at least the debate on gun control and gun laws.

In a recent survey from Sprout Social, 66 percent of consumers say it’s important for companies to take stands on issues like this.

In this case, brands are being urged to join the #BoycottNRA movement and drop any perks they offer to NRA members.

Other companies, like FedEx, have resisted the pressure to sever ties with the NRA.

Should Your Small Business Take a Stand on School Shootings and the #BoycottNRA Movement?

So, should your small business take a stand in some way in the wake of this school shooting?

Of course, the answer depends on the type of small business you own, where it’s located, and your thoughts on the subject.

The data from Sprout Social says there’s more reward than risk with getting involved. 28 percent of those responding say they’ll publicly praise a company that joins a movement like #BoycottNRA. However, just 20 percent who disagree with your stance will chastise your company in public.

Of course, some major brands — like FedEx — are less likely to avoid public criticism the longer they stay out of the debate.

If you’re opposed to any new gun laws being passed in response to the latest school shooting, then it’s likely you and your brand will keep quiet on the issue. Getting involved may only invite negative responses from those who oppose your views within your community.

Staying out of the debate likely won’t offend the audience more likely to agree with your message. The Sprout Social data shows that conservatives are rather indifferent on social movements like this. Getting involved or not likely won’t change their mind about your brand.

Only 52 percent of conservatives who responded to Sprout Social said they wanted brands to take stands on big issues.

However, those who call themselves liberal say they really do want brands to take a stand. In this case, that would be either joining the #BoycottNRA movement or at least coming out publicly in support of the movement’s message. A total of 78 percent of liberals want a brand to get involved in social movements.

If you’re so inclined to get involved in the debate, consider the consequences if you do.

First, not everyone will be thrilled with your statements. It may even cost you some customers. That’s especially true in some areas with different views on guns and gun ownership.

For other small businesses located in areas where their message is likely to be more well received, the stance you take on the gun debate may actually increase customers’ awareness of your brand.

Where should you get involved? In the survey, 58 percent of consumers said social media is a proper place for brands to express their thoughts.