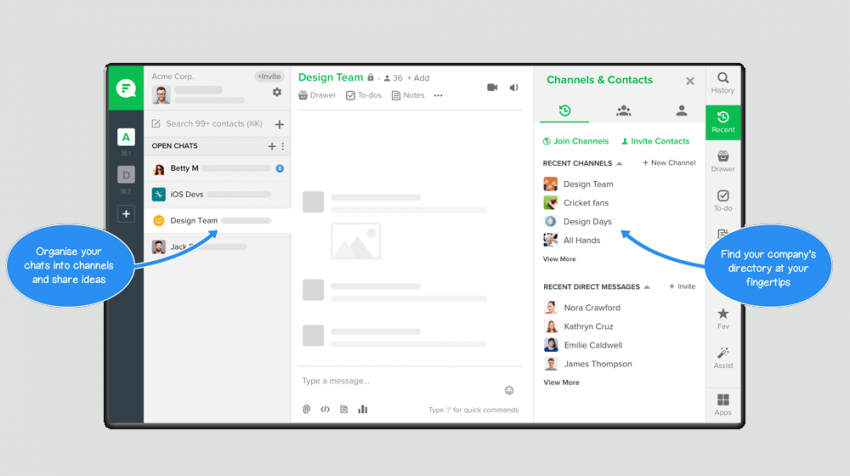 The Smart Channels feature simplifies team collaboration to Flock admins and members and is the first team messenger to automate channel creation and management based on custom fields.

In today’s constantly evolving and fast-paced environment, it is essential small businesses become agile and are able to communicate quickly and efficiently. Small businesses which are left behind in communications can find themselves struggling to compete with their more dynamic opponents.

Flock is designed to build strong, more agile teams. Its innovative features, including its two new ones, are aimed at enhancing organizational and team productivity and efficiency.

“As a newer, disruptive player in the team messaging space, we get asked this question all the time — how are we better than Slack?” Turakhia says.

“And we have a lot to share on it,” he added. “Since its inception in 2014, Flock has always had a customer-centric development approach. We have never added features and capabilities just because our competitors have them. Rather, we listen to what teams and people need and focus on giving them a great product. While Slack may have had the first mover advantage, the IT industry works in a cycle of innovation. And that’s where Flock has the edge over its peers.”

“Users become automatically organized into specific and added to select channels, such as announcement or auto-join channels, without waiting for an invite,” said Turakhia.

Flock’s CEO explained how with Guest Accounts, Flock users can invite those who don’t belong to their organization, such as vendors, customers or agencies, to work with them — without giving them access to their entire Flock universe.

“These new features greatly enhance what Flock already offers users that Slack does not,” Turakhia added.

Previously, with the exception of auto-join channels, admins were required to manually add team members to existing and new channels one-by-one. By offering the world’s first team messenger able to automate channel creation and management, Flock’s new features will help teams work even smarter and faster together.

The days of wasting valuable time manually adding members who can then join in team conversations and collaboration may be over thanks to Flock’s new Smart Channels feature.

Furthermore, with Guest Accounts, users can even invite individuals who aren’t members of their organization, thus enhancing the collaborative experience with everyone involved in the business or project.

Flock is competitively priced, offering plans to suit the budgets and requirements of different businesses and teams. The three plans are – Free, Pro and Enterprise. Flock says its Free plan offers many more features than Slack does, including unlimited messages, channels and users.