Experience your Very Own LG Gram, the Whole New Compact Practicality between your Fingertips for Free by Entering #likegram Event

Experience lightweight, dual channel memory, quad core CPU, ThunderboltTM 3, powerful battery, and MIL-STD-810G approved durability in your pouch. Participate in the #likegram event to have yourself your very own New LG gram! Sponsored by LG Global 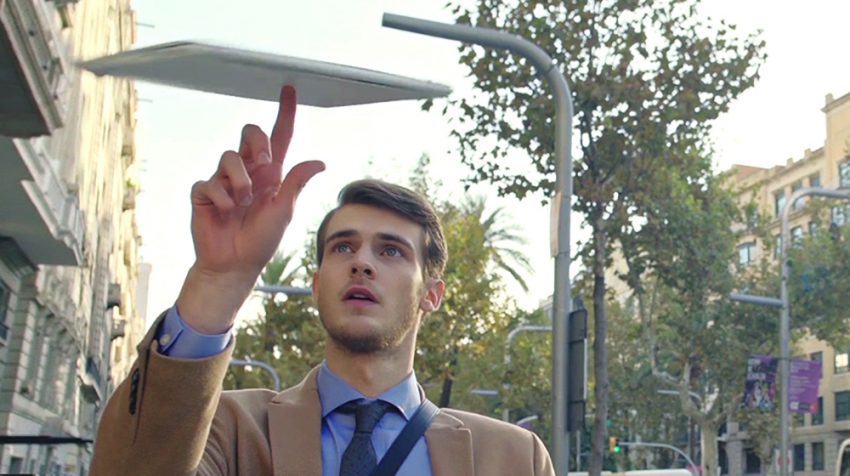 No matter the type of person you are, as a businessman — or woman — you have a morning routine getting ready for work. With only minutes left, your routine becomes a scramble as you frantically untangle and shove power chords, genders necessary to keep your laptop going for the full work day in your now bulky bag. During the process, you may find yourself muttering something about having sacrificed everything for the weight you initially tried to rid of.

But what are you to do? You just get on the train, shrug off the frustration of the morning haste and pull out your computer to get a head start to the workday. While working, you can’t help but become steadily nervous about the receding bar of the battery icon as you run several heavy-weight programs already slowing your workstation down because everybody knows – the lighter the laptop, the lighter the performance, and short lived. You scan around for an outlet you know isn’t there, the laptop continues lagging, and your bag is heavy, weighed down by yet another set of accessories with more design purpose than its functionality. 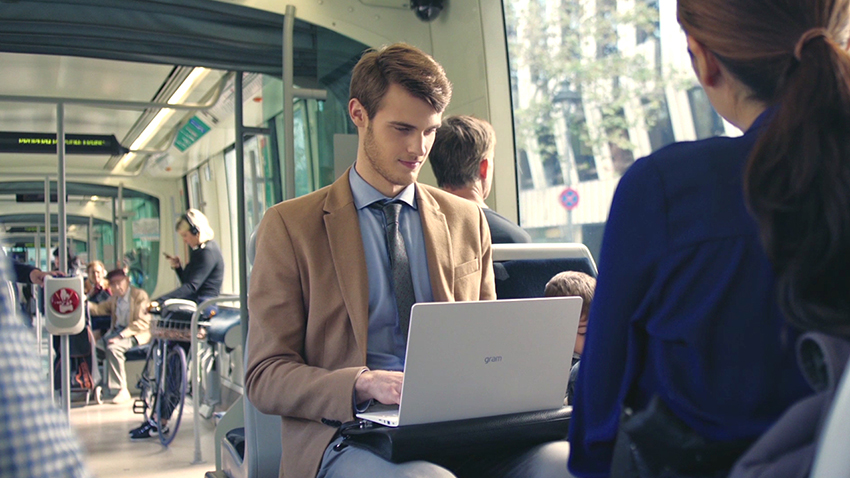 This morning commute becomes a one sentence description with the New LG gram Z980 — the ultra slim laptop with much awaited combination of more of better things that doesn’t ask you to compromise performance for portability and vice versa.

So exactly what aren’t we sacrificing because of the thin and lightness from now on?

First, Speed. The 8th generation Core i7-8550U and 16GB RAM makes the leap – by 40% to be exact — compared to dual core. Simply put, your laptop will take less than 10 seconds to boot. On top of its brain power, data tunnel size matters. ThunderboltTM 3, evolutionary port capable of transferring data 8 times faster than USB 3.0, and DDR4 also adds more speed to your workflow. For perspective, picture transferring data up to 40Gbps while connect two 4K displays/one 5K display while charging and powering another device – all possible with a single ThunderboltTM 3 connection. As for DDR4, it is a whole 50% faster than DDR3, doubles the memory bandwidth while maintaining its slim design, and adds 8GB of additional memory on top of its basic 8GB. In short? It’s faster than fast. 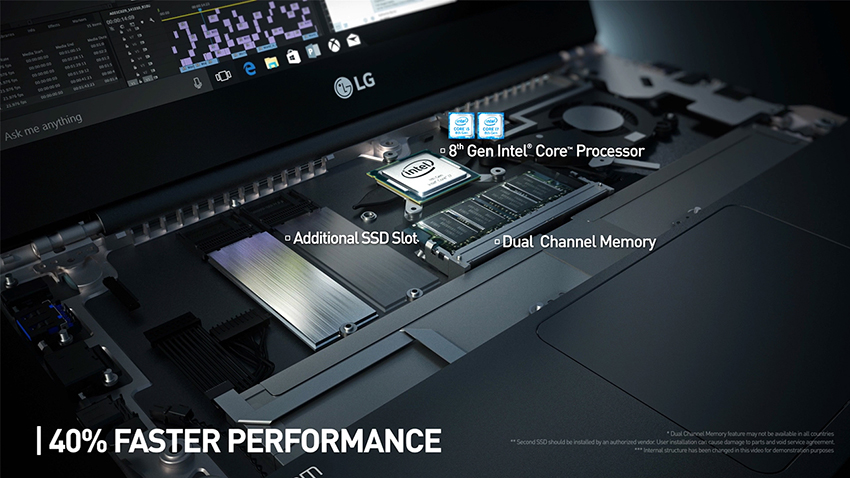 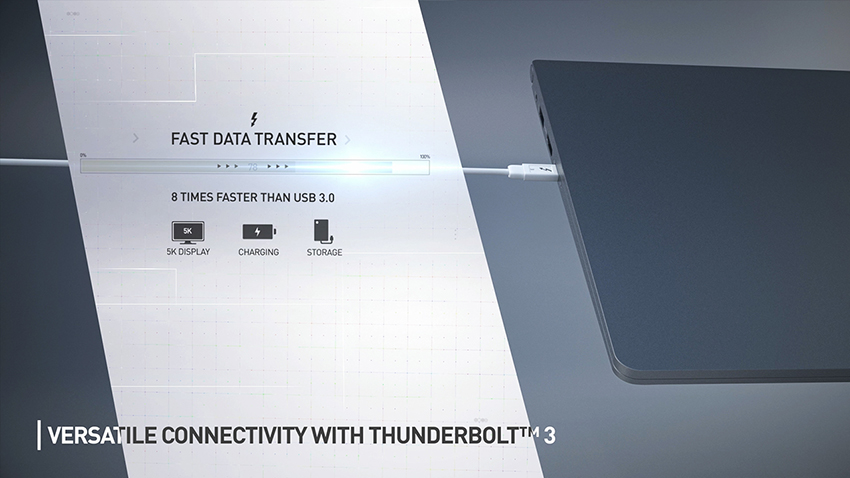 All of its speed and performance could be overshadowed if users have to rely mostly on the laptop adaptor. Slim laptop by design fell victim of underwhelming battery power due to its physical limitation. LG made a breakthrough not just increasing its battery power by 20% from its 60Wh predecessor to 72Wh (making it top of its slim laptop class) but also the charging speed. Imagine using heavy applications for hours and being pleasantly surprised to find it still has plenty of battery power left, and it only took three hours to fully charge it to last 22.5 hours(when tested on 13” LG gram Z980). So with just two fingers you can carry your laptop around all day minus everything else. 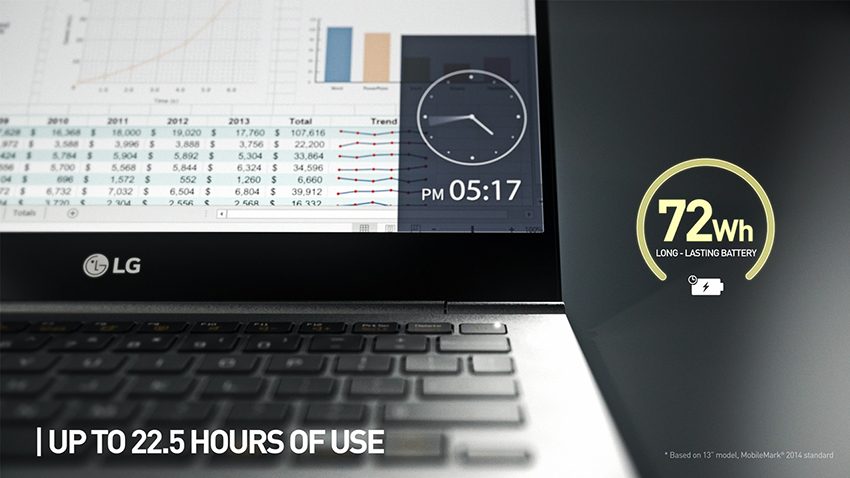 Just from the looks alone, the New LG gram takes a generous nod toward portability within its weight, lifespan, and large display.

“Laptop” defeats its original purpose if it is not light. And light is not light if you end up carrying extra weight to support the light laptop in reality. Think about the recent hip and slim laptops that people ‘like’ to carry in a nice pouch. Sure, they do carry the laptop in such pouches, but they also make sure the adaptor, extra external battery, genders are also along for the ride in their shoulder bag or backpack.

Enter the New LG gram Z980 featuring an ultra-slim bezel surrounding the IPS screen allowing more visibility in a more compact form contributing to the dazzling picture quality in exquisite manner with minimal distraction. With this, the laptop’s specifications are of a 13 inch display, total weight of 2.1 pounds, and thickness of a mere 1.6cm. In other words – the pouch, only the pouch, and nothing but the pouch.

The last but most important question: how tough is it against daily bumps on the road?

Whilst thinner and lighter generally goes hand in hand with fragility, Nano carbon fiber protected LG gram is practically a shield against an array of attacks from nature and your daily routine.

This laptop, light and thinenough to be held with just two fingers, passed the seven categories of the Military Standard (MIL-STD-810G) test with ease. The MIL-STD-810G is a barometer of sturdiness of any items that would be used by US military forces. The New LG gram Z980 is set to survive all conditions of pressure impact, exposure to high and low temperature, salt fog, sand and dust exposure, low pressure, gunfire vibration, and random vibration. So no more wear and tear by train rattle, rush hour battle, other unexpected conditions you may encounter. 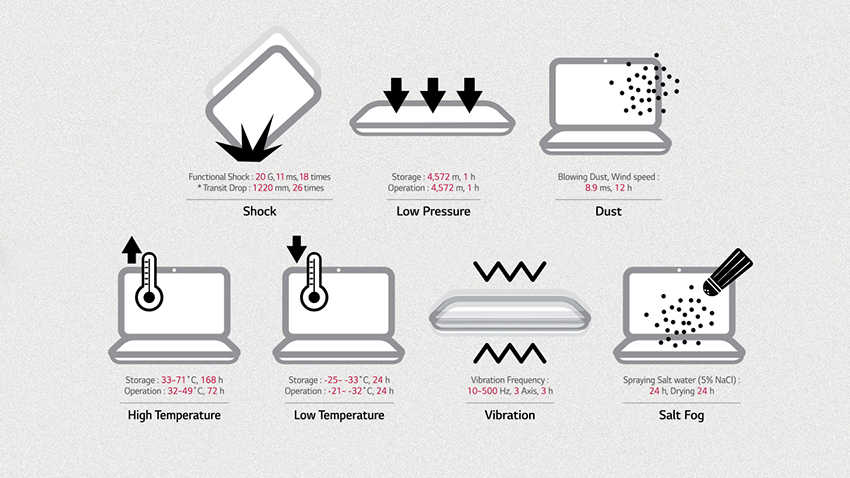 Going through your entire day with nothing but your laptop does not have to feel like navigating through an uncharted land of if’s and can’ts. With LG gram — powerful, slim, and sturdy — leave for your meetings without constantly checking off your mental checklist — you’re not going to need that anymore.

Intrigued? Jump at the chance of winning the New LG gram Z980 for free by checking out our video and participating in the #likegram event across social media.