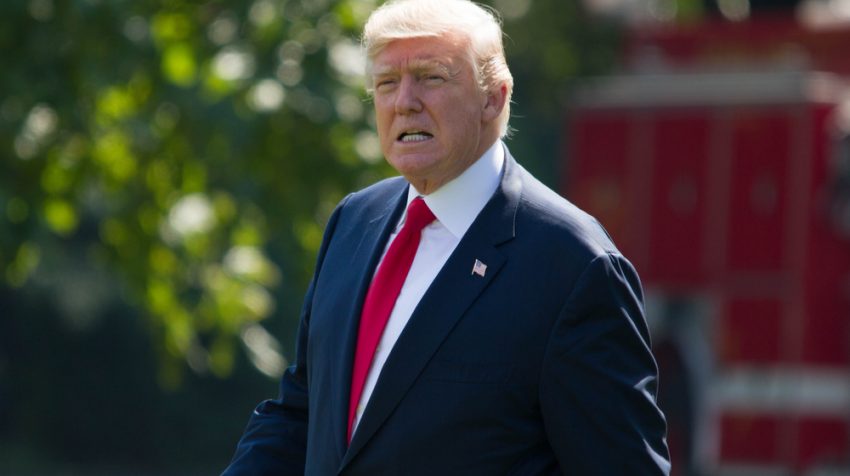 Earlier this year, a short government shutdown occurred when lawmakers on Capitol Hill failed to pass a spending bill. Only a short-term plan re-opened the government.

Small businesses are affected by government shutdowns because it halts the SBA’s loan program and cuts companies off from its other services. Small companies that fulfill federal government contracts have to wait out shutdowns, too.

Reactions to the 2018 Omnibus Spending Bill

The $1.3 trillion spending plan signed by Trump is meeting with mixed reactions from the small business community and others.

President Trump had previously suggested slashing the budget of several agencies and organizations. Among them was the Small Business Administration. The 2018 omnibus spending bill put those cuts aside.

The bill funds the SBA with the same amount it received in 2017, $887 million. The SBA budget for 2019 will be $897 million. The provision for this year includes $186 million in SBA Disaster Loan assistance to small businesses.

The SBA will also be able to maintain its Small Business Development Centers across the country. Cuts to SBDC and SCORE, which provide counseling and other forms of support to small businesses, were proposed by Trump.

Maryland Sen. Ben Cardin says the SBA allotment in the omnibus bill will help local businesses in his home state.

“Small business owners are the backbone of the American economy. They create the majority of new jobs, and they are key to driving innovation and helping maintain our competitive edge,” Cardin said in a statement received by Small Business Trends. “The Trump Administration’s proposal to slash funding for SBA was wrong and short-sighted. These cuts would undermine SBA and the valuable capital, counseling, and contracting programs it offers Maryland small businesses. I’m pleased this spending bill reverses these harmful cuts, but Congress must remain vigilant and ensure SBA is properly funded and ready to support America’s vibrant small business community.”

Oklahoma Sen. Ray Lankford says he voted against the 2018 omnibus bill because it was passed in a reckless manner and spends money the same way.

Despite the benefits that Sen. Cardin sees in the spending bill, Lankford says the government can’t afford to spend at this rate. In a statement, he said:

“Congress has passed an omnibus bill that is $1.3 trillion in hard-earned taxpayer dollars, as our deficit approaches $1 trillion this year and the overall national debt has already topped $21 trillion. I could not support this massive bill nor the broken budget process that brought us this bill. No one has read the bill nor evaluated the long-term consequences of expanding our deficit another $300 billion.”

The American Farm Bureau Federation offered some positive reactions to the omnibus spending plan. In a statement released after President Trump signed the bill, the organization said:

“The omnibus amends the cooperative tax deduction (Section 199A) to restore balance to commodity markets and re-establish fairness between cooperative and non-cooperative farmers. It also clarifies that air emissions from animal waste at a farm are not applicable under the Comprehensive Environmental Response, Compensation, and Liability Act.”

AFBF also says farm haulers will get an extended reprieve from participating in the ELD mandate for hauling trucks. This is the rule that forces trucking companies, for example, to have electronic devices to log driver activity. The organization also agrees with provisions to expand broadband internet access to more rural communities in the U.S. This expansion would benefit farmers in these communities by allowing them to employ ag-tech to help improve their farming and access new markets.

The Coalition to Save Local Businesses says the omnibus spending bill that President Trump signed into law fails to provide clarity on the joint employer rule.

“After several years of hard work on behalf of local businesses in every community in America, our members are disappointed that Senate and House leaders dodged this opportunity to provide permanent clarity and certainty on joint employer,” said CSLB Executive Director Michael Layman in a statement received by Small Business Trends.

“Despite the overwhelming bipartisan support that this issue has received during the omnibus negotiations, as well as expressions of support from the Administration, it is clear that some in Congress would rather play politics with the futures of the hard-working women and men across America than acknowledge their members’ appetites for finding common ground for their constituents on the joint employer situation,” Layman said.

“Despite our disappointment, the Coalition is energized by the support we have seen recently from members of Congress on both sides of the aisle, and we will continue working to bring permanent clarity on joint employer, grow the economy, create jobs, and protect the futures of hard-working Americans,” he added.