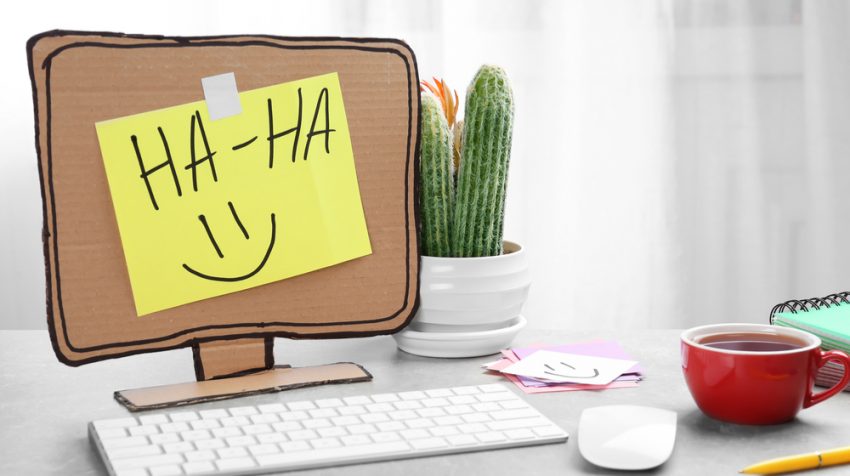 April Fools Day falls on a Sunday and a holiday this year. But this won’t stop people from “celebrating” this day of practical jokes anyway — perhaps in the office come Monday!

There’s a chance some pranksters at your office are already hard at work on a hilarious gag to unleash on co-workers when returning from the holiday weekend.

But according to one employment law expert, April Fools Day jokes and pranks are probably best left for outside the workplace. And as the boss of your small business, it’s your job to make sure the pranks likely to be pulled around your office don’t get out of control.

The office prank is evolving. While you’re still likely to see someone’s stapler stuck in a Jello mold, it’s more likely the pranks around your office will be online.

The company says the most popular pranks today are online or involve social media of some kind. In a survey 37% of respondents said online pranks were most popular at their office.

That’s not good, according to Seyfarth Shaw at Work President Philippe Weiss, an attorney. These pranks are “immortal” in the sense they’ll always be online to remind the recipient of the joke.

The problems start when the recipient or the butt of the prank does not appreciate it.

Any fan of “The Office” will surely remember Jim pranking Dwight all the way through the series, not just on April Fools Day. At the time, online pranks were hardly possible. Well, those office hijinks are still popular, according to the company’s data.

In addition to the online jokes, 34% say “office space remodeling” is most popular at their office. Another 16% say “food-related” pranks take the cake, and 5% said “automotive alterations” were the top jest.

People seem to have reached the height of sensitivity these days so it’s always important to keep this in mind before pulling off a prank.

Weiss offers some advice for entrepreneurs dealing with the issue. If you’re the one in charge of a small business, your pranking days may be over. No matter how ripe the opportunity, “a boss pranking is offering a complete pranking license to his or her employees,” Weiss says.

Instead of participating, the boss should be more of a prank ref. Ensure the pranks being pulled by your employees don’t demean or discriminate.

And as the leader, it’s important you set up some kind of ground rules for pranks at the office. Remind employees pranks should be kept between friends, are light-hearted in nature and safe.

Before an employee pulls off a prank, they should think twice about how the recipient will take the joke.

Employees should also avoid pranking the boss and no one at your small business should consider pulling a joke on any office visitors and especially not your customers.