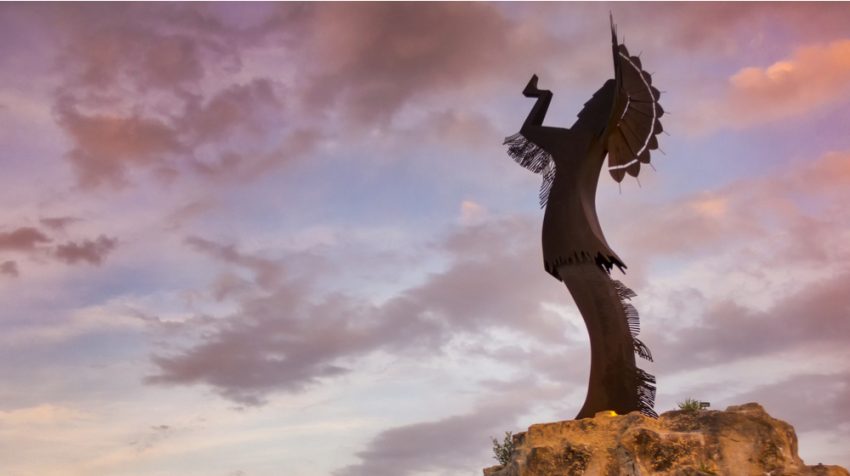 Having a hiring advantage in this tight labor market is a definite plus, and if your small business is located in Wichita, KS, it is 63 percent more likely to get applications over large companies.

This data comes from ZipRecruiter’s analysis of around 5.5 million job posts on its platform comparing small and large companies hiring for similar positions. The overall number favors large companies, but there are regions across the country where small businesses are faring much better.

As the economy keeps delivering better economic data, including low unemployment numbers, small businesses will face more challenge finding the right candidates for the positions they are trying to fill.

The ZipRecruiter study identified small businesses as organizations with less than 20 employees and large companies as those with more than 500 employees. Using a technique called “fixed effects,” the company was able to ensure the same job titles were compared between small and large organizations in the same city and industry. Of the 5.5 million ZipRecruiter posts from 2017, 55 percent were identified as being created by small businesses.

On the official ZopRecruiter blog, economics professor and writer Mitch Downey explains, there are many reasons people want to work for small businesses, just as they do for large companies. He goes on to say, the reason people choose a small organization is as simple as, “In many cities in America, workers would just rather work for a small business.”

The Southwest and Rocky Mountain regions were the best locations for small business hiring. Companies located here had a hiring advantage, leading ZipRecruiter to state they received considerably more applications than their larger competitors. 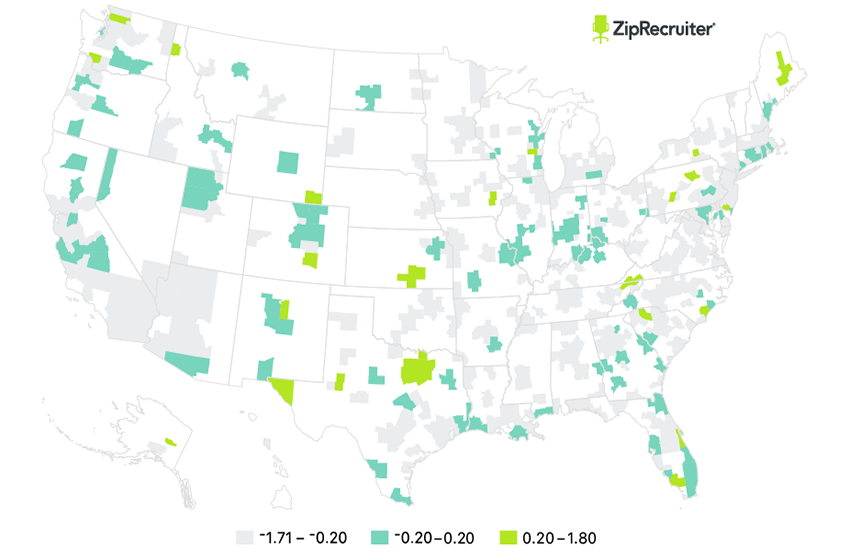 If on the other hand your small business is located in the following cities, you would experience the biggest hiring disadvantage compared to larger companies. Small businesses in New York, NY, see a huge -115 percent hiring, followed by San Francisco, CA with  -84 percent; Pittsburgh, PA with -73 percent, Washington DC with -64 percent, Los Angeles, CA with -58 percent; and Chicago, IL with -43 percent.

The report also looked at the variations in small businesses. ZipRecruiter says there is no real “average” when identifying large versus small businesses in these communities since there are differences and gaps between large and small, even in cities where one or the other supposedly had a clear advantage.

The graph below shows those variations. 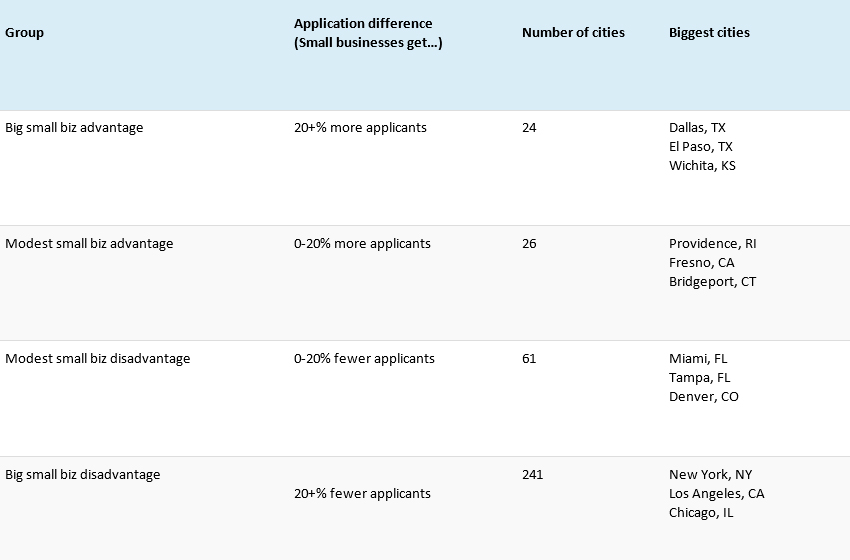