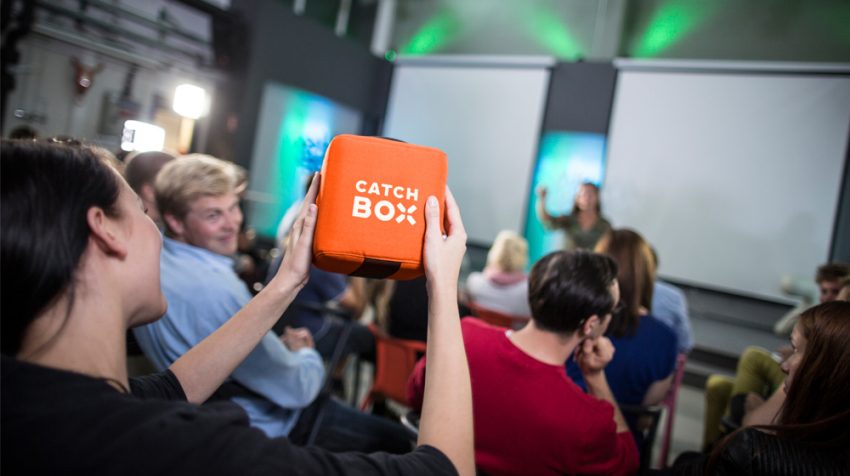 Attend any large meeting or conference and you’re likely to have a speaker using a microphone. However, when it comes time for the audience to participate, sharing the mic can be a bit of a challenge.

That’s exactly the problem that Catchbox is trying to solve. The company, which was initially formed back in 2013 in Finland, has created a microphone that is soft and wireless so you can simply throw it to team members or people in the audience.

The potential benefits of such a product for businesses extend beyond mere practicality. The company believes that making the entire process easier can also encourage more people to speak up in discussions, whether it’s asking questions at a conference or sharing ideas at a company-wide meeting. It can also add an element of fun to speaker sessions, keeping everyone engaged as the microphone is being tossed around the room.

Co-founder Timo Kauppila said in an email to Small Business Trends, “Getting people to participate in the discussion and be engaged can be difficult: whether this is in a large conference or a company all-hands meeting. Traditionally, handheld microphones have been passed around at the end of a presentation for a quick Q&A. Unfortunately, these microphones are not only slow and difficult to move around, but also create an intimidating atmosphere, leaving only the bravest audience members or employees to speak up. Catchbox is a soft throwable wireless microphone that increases audience engagement and participation. Instead of passing a handheld microphone, you simply throw the soft Catchbox into the audience. Not only is this a much faster way to get the mic around, but the playful nature of the product quickly lightens the mood and encourages even the shyest to speak up.” 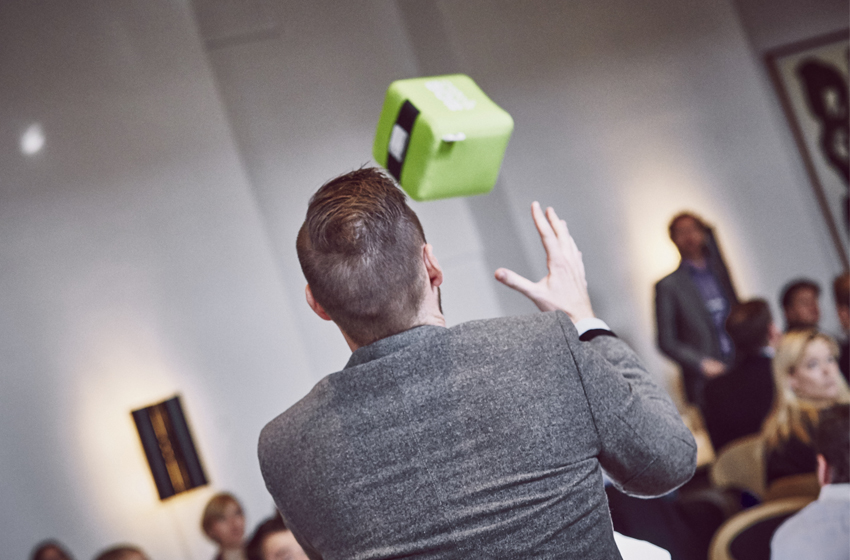 The product essentially looks like a soft, plush box with a small microphone protruding on one side. It comes in a variety of colors and can even be branded with a business or conference logo. It also includes great audio quality and an auto-mute feature that will prevent the mic from emitting sounds while it’s being thrown, so as to avoid loud thuds if it’s dropped.

The product starts at $399. That includes a microphone that can be hooked up to an existing audio system with a wireless mic hookup. Or you can purchase a Catchbox Lite, which includes a built-in transmitter and receiver and is meant for events of up to 100 people, for $549.