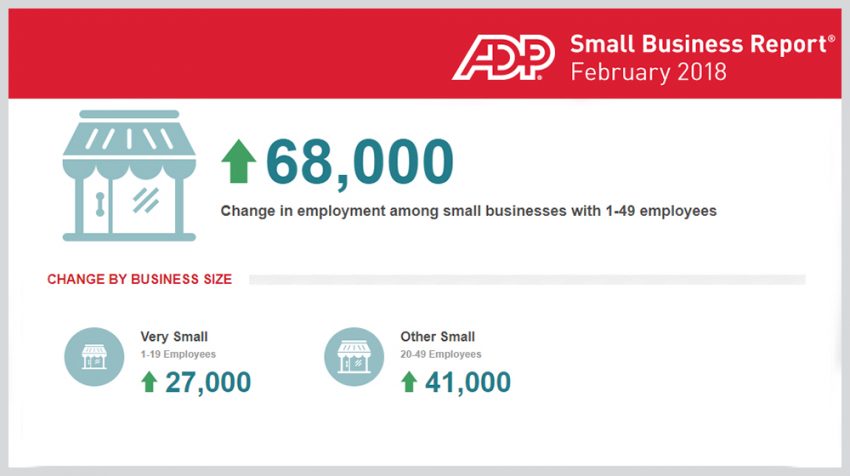 The ADP (NASDAQ:ADP) report is stressing the importance of small businesses in contributing to the overall economy of the country. The data for companies with 49 employees or less is a great indicator of the economic health in the US — which is one of the reasons ADP says it makes the data available to the public for free.

The information in the report gives business owners insight into hiring trends across industries. The data can be used to make informed decisions about growth, funding and hiring.

So how is the Labor Market?

Businesses with 1 to 19 employees generated 27,000 of the 68,000 new jobs created in February 2018 while the remaining 41,000 jobs came from companies  with between 20 and 49 employees. Just as in previous months, the biggest job creator was the service industry with 56,000 jobs followed by goods-producing industries creating an estimated 12,000 jobs.

Once again, the service industry was the clear leader delivering a total of 198,000 across all sectors. 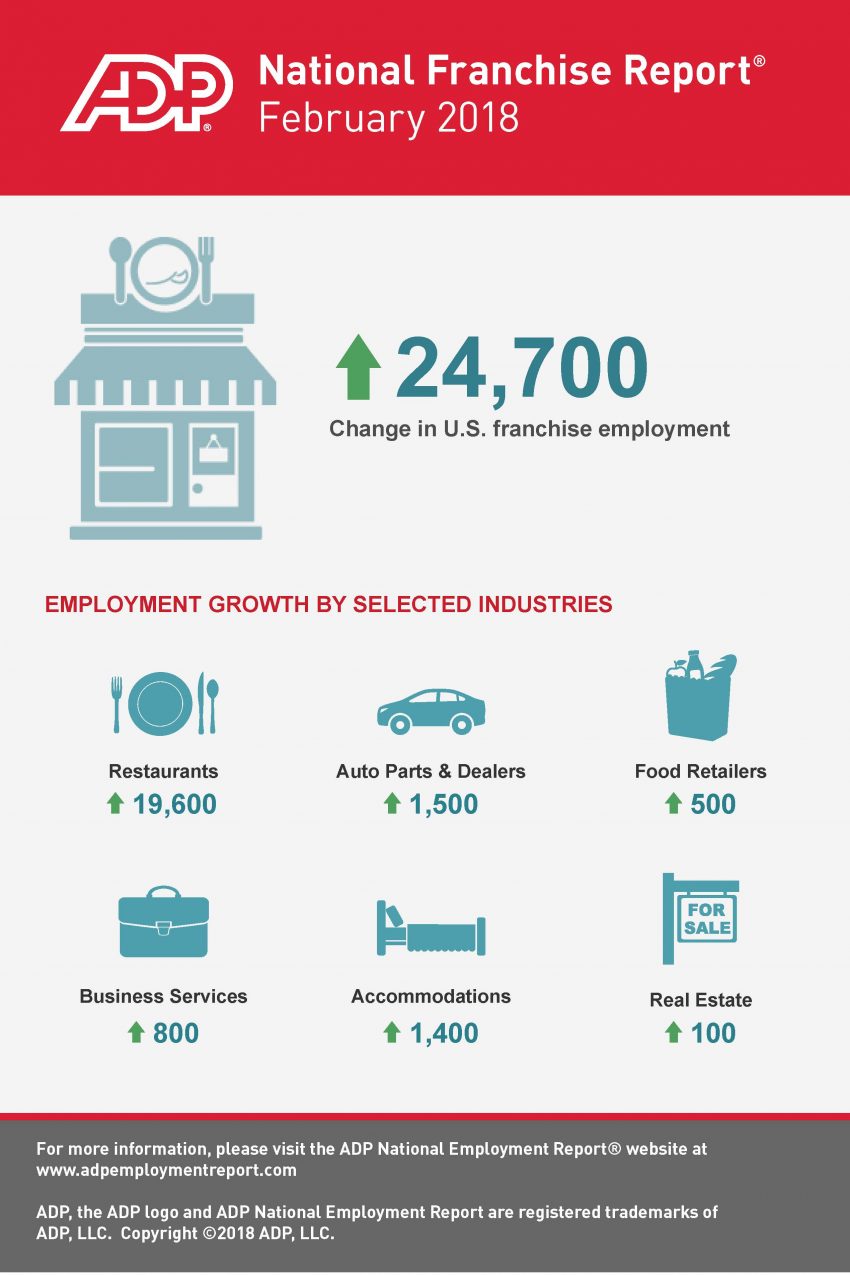 The ADP National Employment Report is produced by the ADP Research Institute in collaboration with Moody’s Analytics.