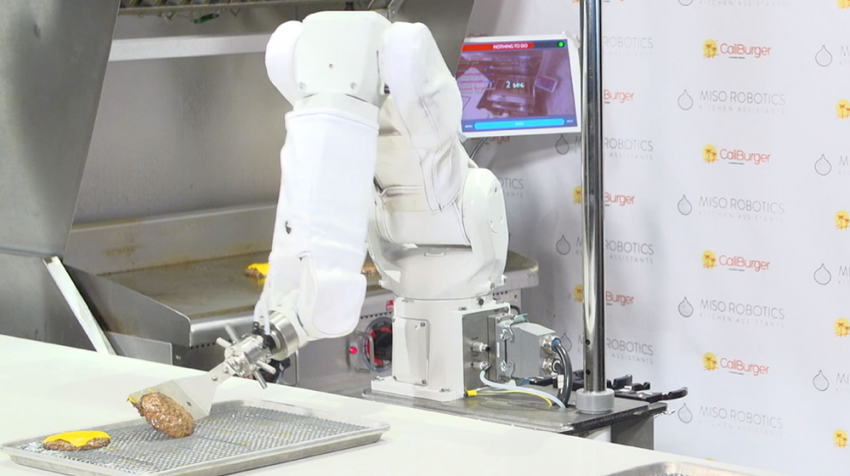 As California continues its march to a minimum wage of $15 an hour, companies are scrambling to find out-of-the-box ways to remain competitive, even if it means replacing increasingly expensive human workers with machines.

A Pasadena, California, fast food restaurant called CaliBurger has just debuted its newest employee, and this one never calls out sick, never files worker’s compensation, never complains, never takes smoke breaks and always does what it’s programmed to do.

In other words, it looks like the “employee of the month” award is no longer up for grabs.

KTLA5 went to the restaurant to document Flippy in action:

Cali Group CEO John Miller says it’s all about consistency, not jobs, although it doesn’t take a rocket scientist, or even a burger flipper, to see where this is headed.

“The key to success in the restaurant industry is consistency. So anytime you go to a CaliBurger anywhere you know that the patty will be cooked exactly the same,” Miller told KTLA5.

Developed by Miso Robotics and sold at a cost of $60,000, or about the cost of less than two California minimum wage workers for one year, Flippy uses thermal imaging and 3D and camera vision to determine when to flip and when to remove the burgers. It can even sense the size and temp of the patty compared with the grill surface temperature and has the ability to use artificial intelligence to learn new tasks.

Pretty high-tech, but Flippy does need humans to put the raw patties on the grill, add cheese, and generally make sure things are running smoothly… for now.

“The kitchen of the future will always have people in it, but we see that kitchen as having people and robots,” said Miso CEO David Zito, who sees the robot as a way to cut costs and render aid to what is a “hot, greasy, dirty” job.

“This technology is not about replacing jobs — we see Flippy as that third hand,” Zito said.

Maybe not yet, but if California Democrats keep it up the only kind of help many businesses will be able to afford will be the kind that has no pulse.