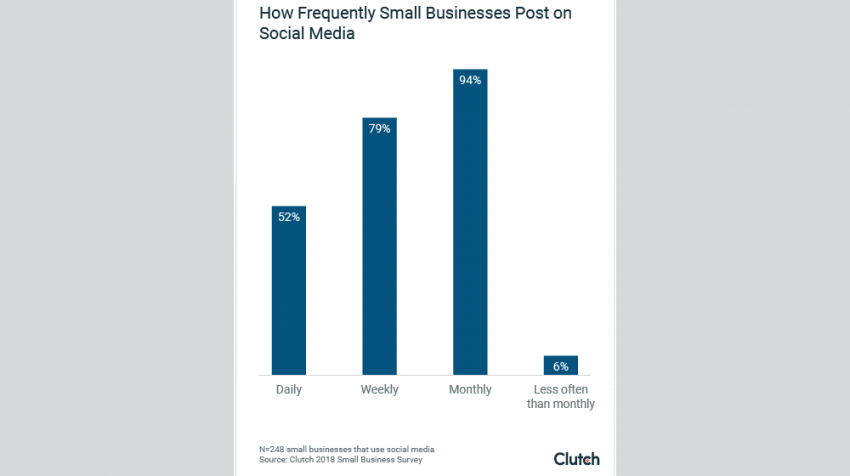 The latest Clutch survey says 52 percent of small businesses post on social media every day, and women-owned businesses are more likely to use it more than men.

How Small Businesses Use Social Media in 2018

In addressing this very point, Herhold quotes Jeff Gibbard, chief social strategist at digital agency I’m From the Future. He said, “I’m surprised 100% of companies aren’t on social media. It’s 2018. Social media is a necessity. All companies should have at least somewhat of a social media strategy.” 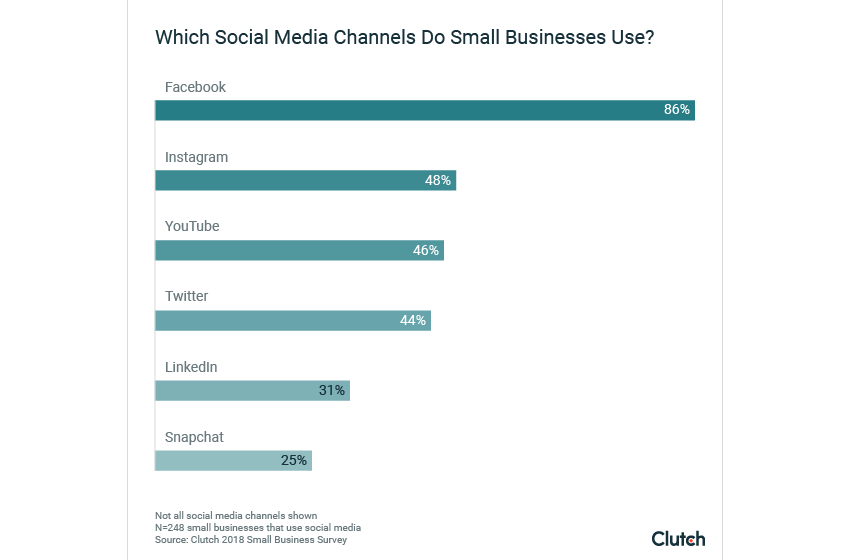 Not surprisingly, millennial-owned businesses are more likely to use social media than other age groups. Seventy-nine percent indicated as much, and for those over 35 years of age, it came in at 65 percent.

In term of usage 52 percent of small businesses post to social media at least once per day, 79 percent weekly, 94 percent monthly, and six percent less than monthly. When they do post, 54 percent use images/infographics, 52 percent offers/promotions, 49 percent reviews, 44 percent videos, 40 blog posts, and 33 percent research data.

Social media allows small businesses to reach a wider audience, and if properly used it can deliver great ROIs for your marketing efforts.

More About the Social Media Survey

Kristen Herhold, Content Developer, and Marketer at Clutch, who wrote the report, says ideally social media use by small businesses should be at 100 percent. And considering the many benefits social media offers small companies, she is spot on.

Because small businesses now compete in the physical and digital world, social media is a great tool for bringing both worlds together. Whether you are promoting new products and services on your ecommerce site or having an in-store promotion, with social media you can engage your customers to take part in one or both events.

Herhold adds, “Whether a company is women-, men-, millennial-, or baby-boomer-owned, all businesses can benefit from social media.”

The survey, titled, “How Small Businesses Use Social Media in 2018” was carried out with the participation of 351 small business owners and managers across the US with fewer than 500 employees. The participants were made of up 54 percent male and 46 female in different age groups, with those 18-34 and 35-54 making up equal parts at 40 percent. The remaining 19 percent were 55 and older.

You can take a look at the full survey here.