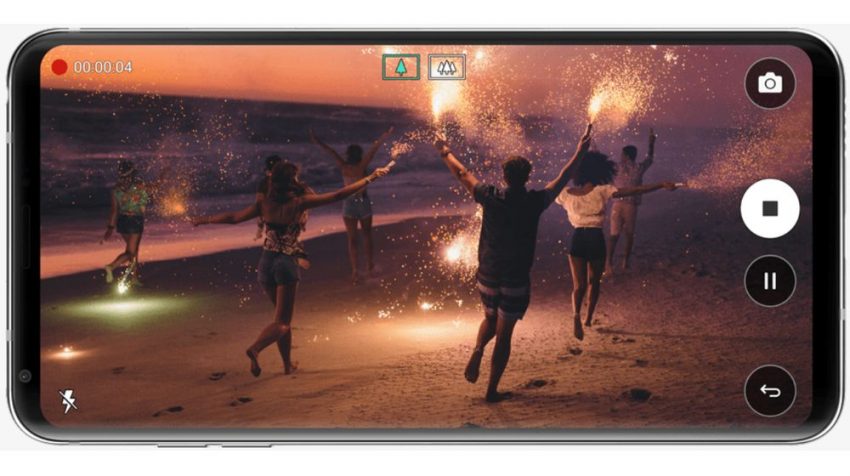 LG makes a return to OLED screens in the LG V30, their latest flagship smartphone. At 537 ppi (pixels per inch) density, it's got a large and useful display with a premium feel and good looks to match. Don't let its thin body fool you — this phone has passed 14 military-grade stress tests. Be mindful of variants.

If you’re looking for a water-resistant, dust-resistant, high-end phone for your small business, the LG V30 is one of the most recent. It’s one of the lightest, thinnest smartphones with Android Oreo on the market.

The screen gives you 2880 x 1440 pixels, and it almost feels as if you’re holding 6 inches of high-res screen and nothing else. It has 4 GB of RAM and 64 GB of memory which you can expand with a microSD card to 2 terabytes. Depending on the carrier, there’s the V30+ if 64 GB isn’t enough for you. (See the Cons section.)

According to LG, more colors (up to 211 percent more) will be rendered when shooting pictures or video. (I’m unsure if my human eye will notice, but at least we know the 16-megapixel camera on the V30 is a step up from what the Samsung Galaxy S8 Plus offers at 12 megapixels.) The LG V30 camera setting has a wide-angle option which I didn’t try. Video mode has some bonus features like Cine Effect and Point Zoom, which are marketed to the 78 percent of Millennials who use phones for video creation.

Starting with its fully-charged 3,300 mAh battery, in three hours of very heavy uninterrupted use, the LG V30 fell to 62 percent battery capacity. This is a positive because I expected a slightly bigger drop during this stress test. By very heavy, I mean I focused on a known battery-hog — specifically Snapchat. When Snapchat wasn’t in active use, I still kept it open alongside normal apps. I switched back and forth between normal apps and Snapchat. Because the V30 is such a thin phone, I wanted to see if Snapchat would make the V30 uncomfortably hot. It didn’t get hot at all, a nice surprise!

The LG V30 has IP68 certification which means it’s dust-resistant and water-resistant in up to 5 feet of water for up to 30 minutes. You could safely rinse this phone several times a week to keep it looking new. It is MIL-STD 810G compliant which means it successfully passed 14 military-grade stress tests. It has a headphone jack placed on top, where I think a jack belongs. Because it was introduced in late 2017, it’s easy to find numerous LG V30 message boards filled with tips, fixes and tweaks written by individual owners. The same is true for recent reviews of it on YouTube.

A quick charger using USB Type C is provided and offers the speed you’d expect. If you want wireless charging, that’s sold separately but at least you have it as an option, another positive you’d expect from a 2018 flagship.

The battery, though good, is non-removable. The front-facing camera (or “selfie camera” as some like to call it) is basic at just 5 megapixels.

If you simply want the basic V30, please be sure you don’t get distracted by variants. But one variant worth considering is the V30+ which has double the storage (128 GB) but the same amount of RAM. The V30+ is surprisingly only $82 more than the $830 unlocked version (which means a handset isn’t locked to one carrier), but it’s only for Sprint, T-Mobile and US Cellular.

When it comes to buying smartphones, “the fewer variants, the better.” Too many variants can lead to confusion. Followers of LG Mobile who predicted there’d be only one V30 variant were wrong. There are now a few variants of the V30 out there like the V30S ThinQ. When you see any LG product with ThinQ in its name, it means artificial intelligence is somehow inside, whether it’s a smartphone, smart appliance, etc. Do most small businesses truly need AI in a phone? Hard to say, but in 2018, I’d guess no unless experimenting floats your boat. Specifically for the V30S ThinQ, ThinQ means camera features with EyeEm (an image-recognizing AI developed in Germany) woven in, as well as voice commands with an AI layer. 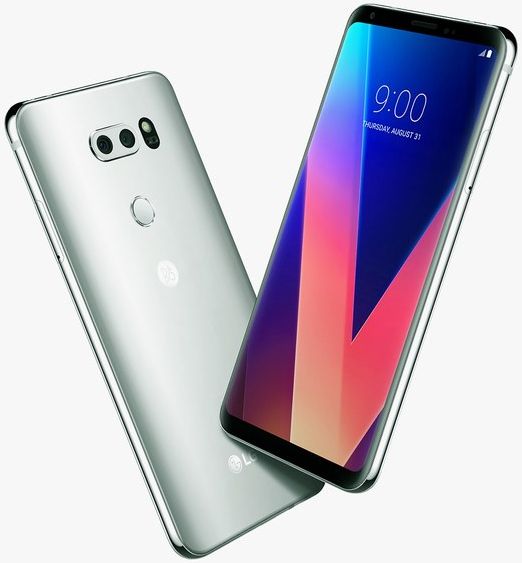 I see the LG V30 as a solid, high-quality choice for most businesses.

With an 18:9 aspect ratio, however, images (in portrait mode) will be taller than what’s produced on other phones. This could sometimes cause an image that’s shot on a V30 to look off-kilter if opened on another phone. To remedy this, just be mindful of edge extremes during your shooting and any post-production (e.g. Instagram or Snapchat stickers). If your business does a lot of stickers on Instgram or Snapchat, then I’d throw in this minor point of caution. Otherwise, I recommend the V30 for business. If your business is near a lot of water or dust, consider this phone.

If you’re bristling at the price, be aware carriers are usually open to price negotiation if you’re buying several phones for employees. LG recently announced the V30 will earn a special approval in a Google-led program following an upgrade to Android 8.1. The (Android 8.0 version of the phone is what is being reviewed here).

If you’re a medium-sized enterprise, this information may apply to you as well. The Google approval, known as “Android Enterprise Recommended” approval, is meant to help IT departments and COO’s make good choices, especially if structuring a new CYOD (Choose Your Own Device) plan, or tweaking an existing one. As an indicator, the approval complements an LG offering named LG GATE (Guarded Access To Enterprise) which is an on-ramp to added value like ease of device deployment to your employees, and cybersecurity updates delivered on-schedule.”