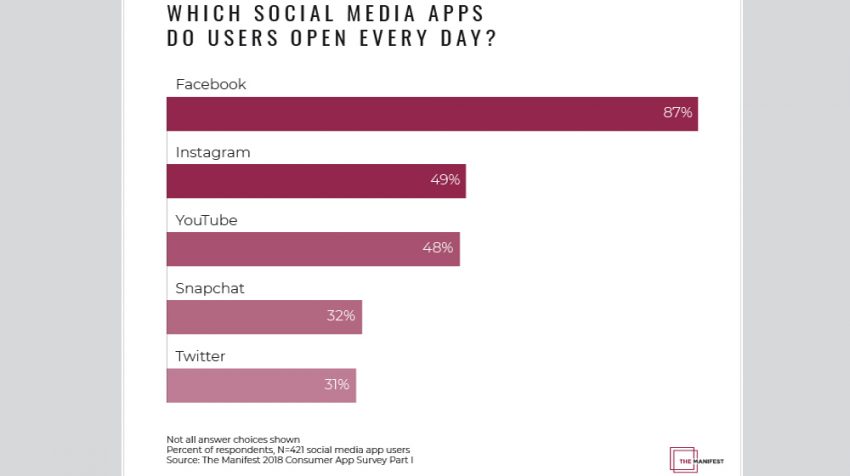 In surveying smartphone users to understand how they use social media, a recent survey found close to 90 percent use Facebook every day. The platform is a clear leader, with Instagram (also owned by Facebook) coming in second at 49 percent. Meanwhile, 48 percent of smartphone users reported using YouTube everyday , 32 percent in the case of Snapchat and 31 percent for Twitter.

The survey has some very insightful data for understanding how social media apps are being used across all demographics. With this data, small businesses can engage with their audience at the right time and on the right platform with the content they are more likely to consume.

For small businesses looking to increase their social media presence and engagement, knowing when and who is more likely to respond to your marketing effort will yield better ROI.

By far, Facebook was the most popular social media platform with 87 percent of the respondents. When the data was broken down into age groups, Facebook continued to do well, with 85 percent of millennials  and 93 percent of Baby Boomers saying they used the site daily on mobile.

Once they are on their favorite social media app, 35 percent spend 10 to 20 minutes while 34 percent said they use it equally throughout the day. When looking at times, 30 percent preferred evening use, 22 percent preferred afternoons and 14 percent liked mornings. 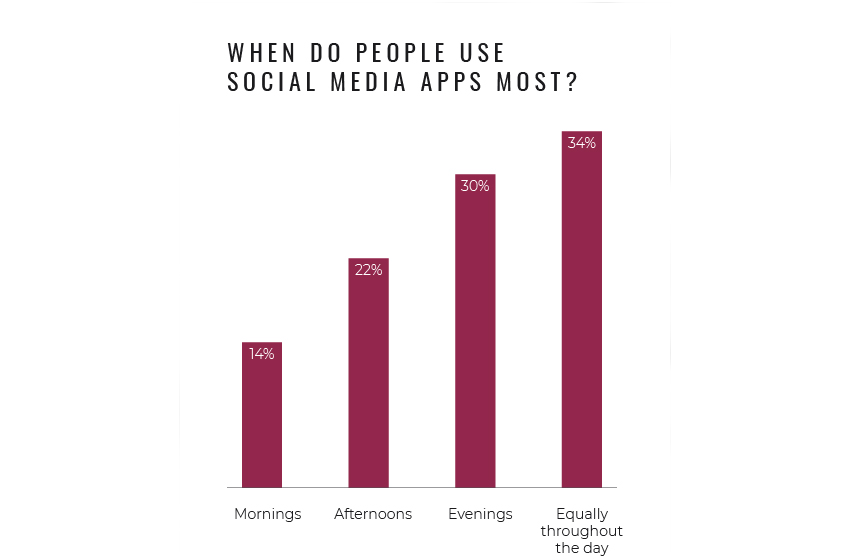 The most popular activities for mobile app users include consuming and interacting with content. Panko points out the survey results mirror the so-called “90-9-1” rule of social media, suggesting users consume content 90 percent of the time, interact with it 9 percent of the time and only share it 1 percent of the time. The survey data also reveals the percentage of people who actively participate and publish content, a mere 1 percent. 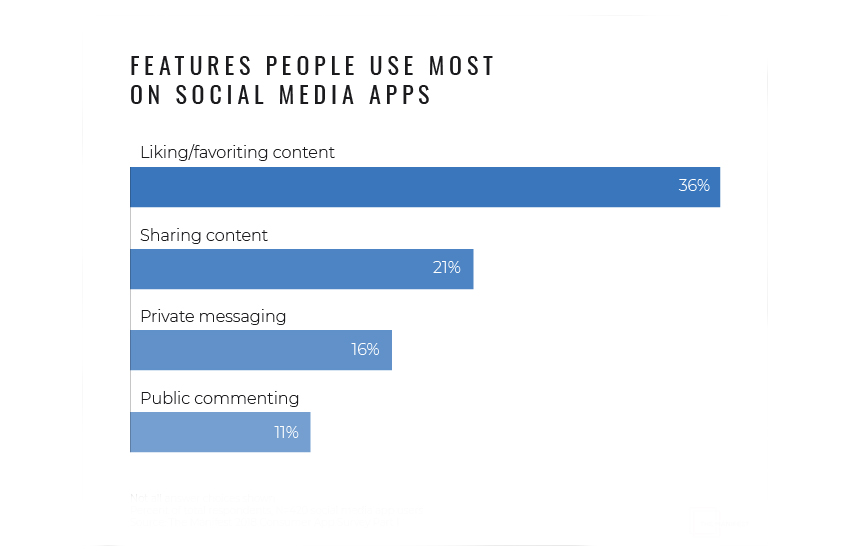 Applying the Data to Small Business

The report concludes by saying, “The majority of the time app users are only consuming, liking and favoriting content, as opposed to creating content themselves.”

If you are able to create the right content for your audience, you will get more eyes on your page, giving you a better chance for further engagement.