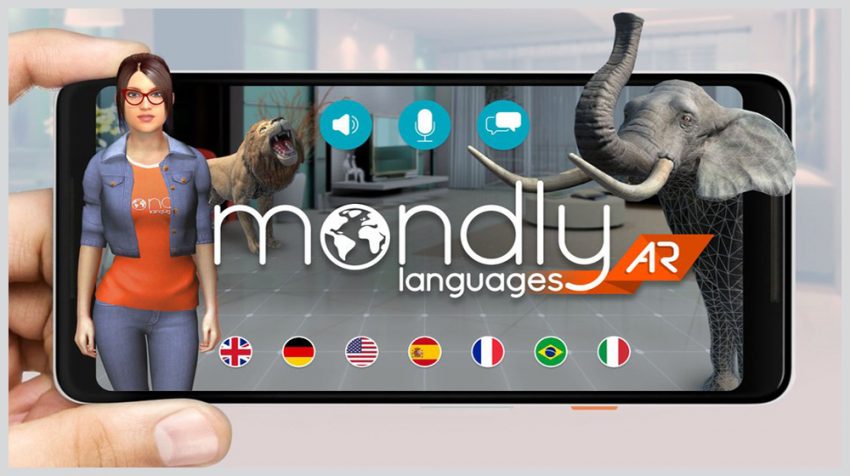 If you want to learn a new language for your small business endeavors, a new app from Mondly seeks to make things easier using augmented reality (AR). Here’s an overview of how the new MondlyAR works.

Mondly says its new language learning app is the first to be powered by AR and chatbots with speech recognition. The company adds, it worked in close collaboration with Google to launch the new app as the search giant is increasing the number AR-enabled apps in Google Play.

Even with all the available translation tools, devices and software available on the market, there is nothing like speaking directly to your customers, vendors and partners in other countries using their native tongues. And because you no longer have to be a multi-national corporation to conduct business in other countries, getting a basic understanding of the language in the country or countries where you do business will be appreciated by the locals.

Mondly CEO Alex Iliescu says in a press release, “Our goal at Mondly has always been to lower the barriers to technology-based learning. While MondlyVR was a huge step in the right direction, with the release of MondlyAR, headsets are no longer a barrier to immersive language lessons with a virtual teacher.”

According to Mondly, a virtual teacher carries on a conversation with you by processing spoken language and offering instant feedback and replies with a human-like voice.

Mondly has created virtual planets, animals, musical instruments and other images users can relate to in order to simplify the language learning process. The virtual experience extends to interaction with these image by allowing you to walk up to and around them. The virtual language learning assistant will guide you through the images that appear in your environment.

The app also uses advanced statistic and adaptive learning capabilities to teach you the way you learn and follow the progress you are making. Mondly says by the end of the lessons you will have mastered the most useful 5,000 words and phrases of your chosen language.

How Can You Get MondlyAR

You can download MondlyAR from Google Play and start using it with free introductory lessons. The company says it will be available for iOS by the end of the month (March 2018), but you can download the regular Mondly app at the App Store now.

If you want to learn any of the 33 languages in more detail along with the seven recently introduced with full AR experience, you will have to subscribe to Mondly Premium. This will cost you $9.99 per month or $47.99 for the whole year.