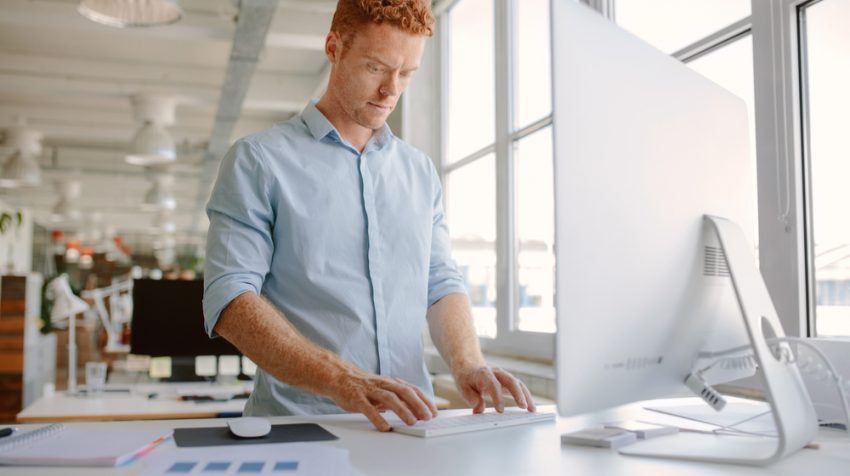 Standing desks were being hyped as a cure-all for the sedentary nature of the way most of us work today, but a new study says otherwise. Curtin University in Australia has found standing desks can lead to “discomfort and deteriorating mental reactiveness” with prolonged use.

In the study, the researchers found acute negative health effects during two hours of prolonged standing. The participants experienced increased discomfort in the low back, lower and upper limbs (to varying degrees) and lower limb swelling.

The result of the study impacts companies of all sizes. Even small businesses are trying to curb the negative effects of sitting all day in the office, and standing desks have been used to combat the problem.

Professor Alan Taylor, a physiotherapy expert at Nottingham University, told the Daily Telegraph, “The bottom line is that this expansion has been driven more by commercial reasons than scientific evidence. But the evidence is catching up and it’s showing there are some drawbacks.”

The Curtin University study looked at 20 individuals (7 male, 13 female) working at standing desks for two hours. All of them reported a clinically meaningful increase in discomfort. And although the study had a small number of participants, it backs previous studies with large numbers of individuals.

The American Journal of Epidemiology published a study in its September 2017 issue involving more than 7,000 people on the effects of occupational standing. In that study, workers who stood more at work were twice as likely to develop heart disease as opposed to those that sat more often.

As far as cognitive functions, there was a statistically significant slowing in reaction time from the Sustained Attention to Response Test results, as much as 78 ms over the two hour period.

The study is quick to point out the clear association between excessive sedentary behavior and negative health outcomes. This includes increased risk of all-cause mortality, cardiovascular disorders, diabetes and cancer, as well as musculoskeletal disorder concerns.

Finding the right balance is key to ensure you are doing all you can to safeguard your health against the negative effects of sitting or standing for too long.