What Google Can Teach You About Building a Successful Team 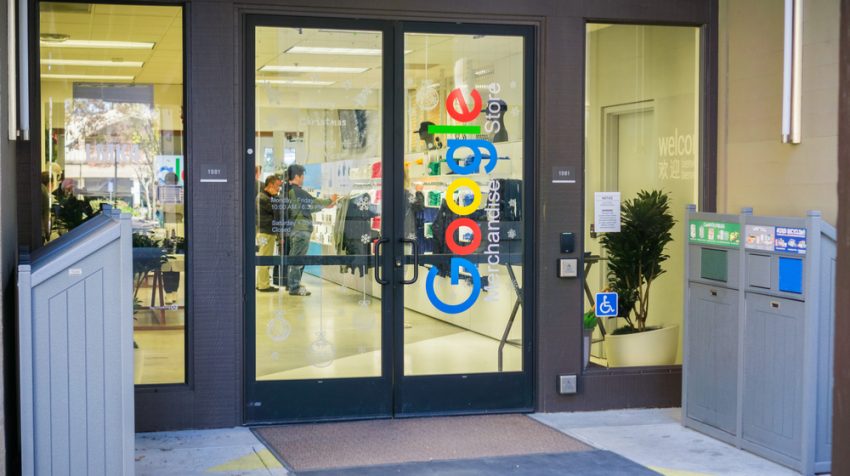 It’s no surprise that Google, now part of Alphabet, loves data, and the company’s execs frequently share the revelations they find, such as their insights on mobile web use. But, some would be surprised to discover that this unicorn company often turns their eye inward, analyzing information about their people to help improve their operations.

A group of employees from Google’s People Operations section, the equivalent of an HR department, decided to complete an analysis to answer one question: What makes a Google team effective?

Here’s a look at their approach and the startling revelations they had along the way.

The minds at Google wanted to know why some teams soared towards success while others seemed to struggle. Initially, the company’s executives, like many other great business minds, assumed that, when it comes to hiring, bringing in the most talented professionals was the ideal path to glory. But, it turned out, they were “dead wrong.”

According to Google’s re:Work site, they made the discovery after reviewing over 180 Google teams, conducting more than 200 interviews, and analyzed 250+ attributes they identified, cross-comparing the makeup of stellar groups and those that weren’t reaching such heights.

Ultimately, they determined “who is on the team matters less than how the team members interact, structure their work, and view their contributions.” And that is a powerful finding for those interested in upping team effectiveness and productivity at work.

Along the way, they discovered “five key dynamics that set successful teams apart” from the rest: 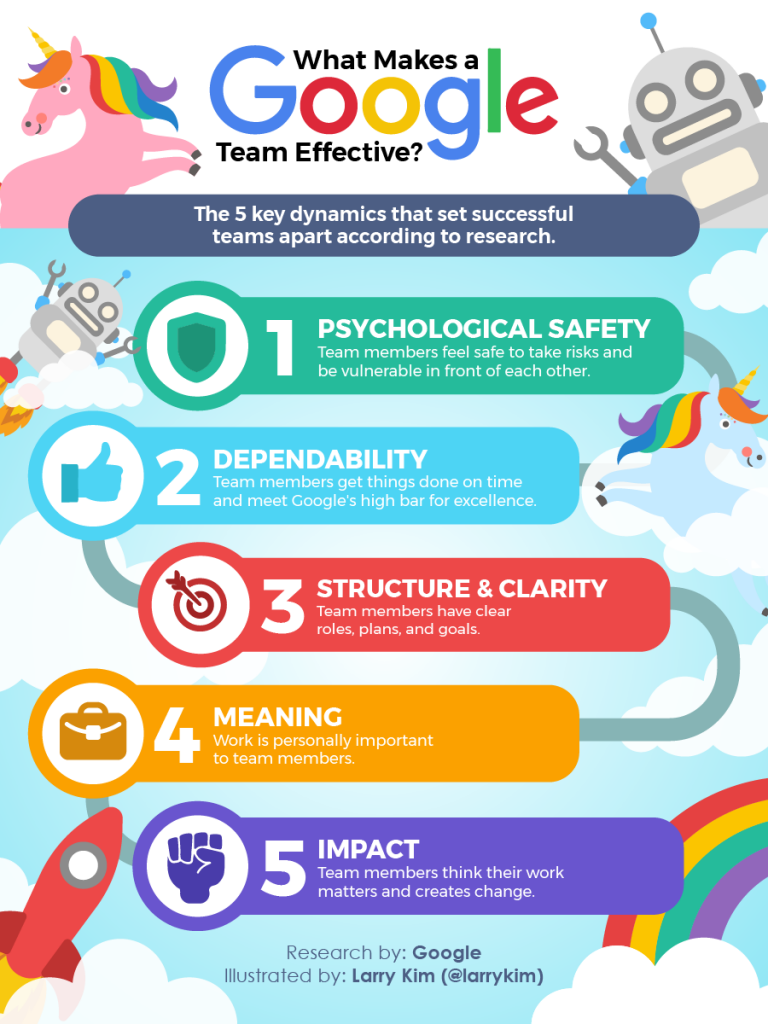 While they all play a role, the first trait, psychological safety, was substantially more crucial to overall success. Here is an overview of the characteristics Google identified and why the unicorn company believes they matter.

As Google put it, psychological safety is based on a primary question: “Can we take risks on this team without feeling insecure or embarrassed?”

The researchers found it to be the most important factor, by far, that could determine a team’s likelihood of success.

While risk-taking at work may seem easy on the surface, employees who don’t feel safe when contributing an idea or asking questions are less inclined to participate or innovate. Why? Because people are “reluctant to engage in behaviors that could negatively influence how others perceive our competence, awareness, and positivity.”

Think about it. How many times have you been in a meeting and held back because you weren’t sure how your idea, opinion or question would be received? Or felt nervous before a big presentation because you were concerned about being judged?

Ultimately, people want to protect themselves from harm and negative judgments made by others. So, if coming forward with an idea or asking for clarification on a goal or task can damage our reputation, we are more likely to keep quiet for the sake of professional self-preservation. Professionals, including entrepreneurs, often fear being wrong, and having an idea shot down with bravado can often bring that fear to the surface.

Teams that feel safe are more likely to take risks, admit mistakes, collaborate or even take on new roles. Feeling as though you are working in a judgment-free space empowers teams, allowing them to benefit from diverse ideas and innovative thinking, increasing their overall effectiveness and improving collaboration, something most millennials desire. It also ensures that employees can ask questions without fear, limiting the chance that they will head off in the wrong direction or operate under an incorrect assumption just because they were reluctant to face the repercussions of speaking up.

When it comes down to it, no one likes working with someone they can’t depend on, and having an unreliable team member is guaranteed to cause problems, regardless if the person is otherwise toxic.

To be dependable, all members of the team need to complete their tasks on time and to the expected quality standards. Without that, the entire group will struggle, regardless of whether others are willing to pick up the slack.

Employees need to clearly understand their role within the team, any current plans and business goals that affect their work. Without this, workers may have a difficult time identifying who is responsible for what, why certain actions need to be done, and what the broader objectives happen to be. Cumulatively, this leads to uncertainty which can harm the team’s ability to focus on what matters and cover all of their duties.

See Also: When Building Your Team, Don't Focus on Superstars

In a world where cultural fit has become increasingly important, it’s no surprise that those who feel personally connected to the business and their work are more likely to excel. People who are passionate about the company’s mission experience higher levels of job satisfaction, which ultimately improves performance.

Beyond finding the work meaningful, the most talented teams also believe that what they do matters in a real way; that their contributions provide value and support positive change. This makes the day-to-day feel more important, as employees understand how their assigned tasks impact more significant goals in a fundamental way, making even tedious work seem valuable.

By creating teams that possess the five traits above, you are setting them up for success. So, instead of focusing solely on hard skills and education (even if the candidate has a degree from an Ivy league school), examine the personalities of your employees and make sure that they come together in these key areas. That way, they’ll be primed to exceed expectations, innovate and work like well-oiled, collaboration machine.