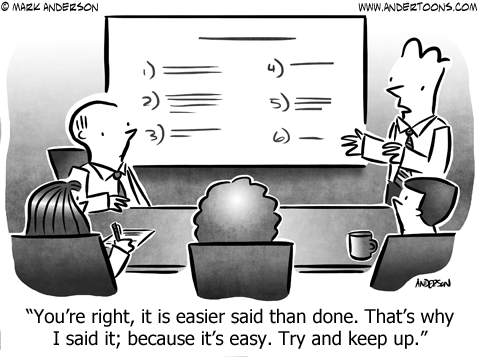 Being a cartoonist means you’re a bit of a contrarian. Take for example the phrase “Easier said than done.” I think we all assume that generally whatever “it” is that it’s worth doing, even if difficult.

But the cartoonist looks at that and thinks “You know what? Saying it is easier. Let’s just do that.” And then cartoons like this come out the other side.

The “try and keep up” is just comedy gravy.