In the News: Gender Equality a Hot Topic for Small Business 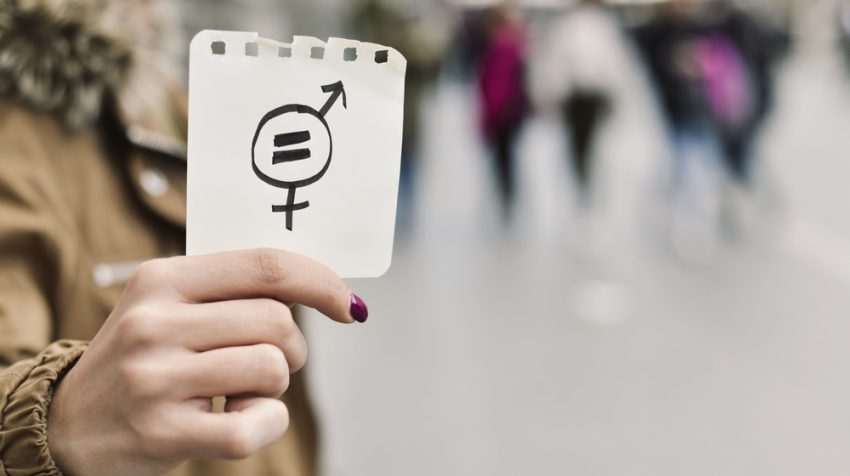 International Women’s Day was observed around the world on March 8, and the day highlighted how far businesses have to go to achieve equality in the workplace. A new survey released by Randstad US says female employees would leave their company for another if it provided better gender equality .

In other related employment news, the 2017 Virtual Vocations Year-End Report has revealed more Americans are working remotely, artificial intelligence has become part of the hiring process, and you can take a look at 15 life-saving tips when hiring for a senior position.

You can read the rest of the employment news along with all the rest of this week’s Small Business Trends news and information roundup below.

80% of Female Employees Would Quit Your Company Over Gender Bias

If gender bias is an issue in your organization, you may lose employees as a result. A survey released by Randstad US says 80 percent of female employees would switch to a company with greater gender equality if faced with such issues.

The third annual report dedicated to telecommuting shows a growing trend toward working  remotely among American workers in a variety of industries. According to the report, more industry segments now offer some form of remote work arrangement to their employees, either full or part-time.

Why Equality and Diversity Need to be SMB Priorities

We’re at the start of a new year, and for many the beginning of a new fiscal year. So now is a great opportunity for small business leaders to pause and consider how they’re progressing on efforts to create a better and more inclusive work environment for their employees. There’s a strong business case for diversity that small businesses simply can’t afford to ignore.

DeepSense Uses AI to Evaluate Your Next Hire

With so many variables at play when hiring a new employee, DeepSense has found a way to simplify parts of the process. Using artificial intelligence, it automates candidate evaluation by analyzing readily available data. DeepSense is a solution created by Frrole. The company says using just the email address of your candidate, it can provide insights into your next hire.

After a promising start to 2018, there’s been drops in both new small business jobs and wage growth in February, according to a recent report by business services supplier Paychex and businesses analytics provider IHS Markit.

Governor Jay Inslee of Washington State signed a bill into law which counteracts the federal net neutrality rules passed by the Federal Communications Commission (FCC). The bill makes Washington the first state in the country to sign such a law. The FCC created the net neutrality rules in 2015 in order to stop service providers from controlling or “throttling” internet traffic.

A 26-year-old ruling responsible for making most of the internet tax-free is being revisited by the US Supreme Court. And the Trump administration is joining states across the country in pushing for collection of sales tax online. The high court is scheduled to hear arguments in the case, which ruled States can’t force merchants to collect taxes without a physical presence in their state.

Jamal Graham didn’t originally set out to start a successful ecommerce shop selling his natural and organic beauty and body care products, along with essential oils and incense. He actually started out as a street vendor in Washington, D.C. Eventually, he moved onto selling products via mail order, retail, trade shows and the business’s own website, Essences of Jamal.com.

As California continues its march to a minimum wage of $15 an hour, companies are scrambling to find out-of-the-box ways to remain competitive, even if it means replacing increasingly expensive human workers with machines. Or more specifically, replacing fast food burger flippers with a robot named Flippy.

Uber has announced the availability of Uber Health after beta testing the platform with more than 100 healthcare organizations across the US. The new service is going to provide transportation for the patients of healthcare providers even if they don’t have a smartphone or the Uber app.

WordPress Powers 30 Percent of the Top 10 Million Sites, How about Yours?

WordPress is now used on 30 percent of the top 10 million sites. When you consider there are an estimated 2 billion sites, getting to the top of the heap is a noteworthy accomplishment. WordPress Powers 30 Percent of Websites The new figures come from W3Techs, a company which monitors and surveys web technology usage.

Allscripts (NASDAQ: MDRX) and Lyft have come together to provide non-emergency transportation to the patients of healthcare providers as part of their workflow. The announcement of this partnership comes after rival Uber recently announced a similar service. Both platforms are addressing the growing problem of keeping medical appointments due to lack of transportation.

Microsoft (NASDAQ: MSFT) has announced full guest access support in Teams will be rolling out soon. This comes after Microsoft added partial guest support for Azure Active Directory account holders in September of 2017. Guest Access in Microsoft Teams With the new availability of this feature, users with business or consumer email address (Outlook.com or Gmail.

Job seekers can now use Facebook (NASDAQ: FB) to search and apply at local businesses directly on the site in more than 40 countries around the world. This gives small businesses a whole new way to recruit talent. Job Seekers Can Now Apply to Jobs on Facebook When Facebook allowed job postings on its site in February of 2017, it was limited to the US and Canada.

What is Vero and Can it Help Your Small Business?

A new social media platform has gained a lot of traction in recent weeks. Vero is a social app that doesn’t include any ads or algorithms to impact what users see from those they follow. It simply features posts in chronological order, a simple thing users of platforms like Facebook and Instagram have been clamoring for. The app actually launched back in 2015.

YouTube has announced three updates to its live streaming service giving live broadcasters, including small business marketers, more options to engage with their audiences. The new features give content creators and their audiences more options, whether an event is live or after the fact.

How the New Tax Law Affects Your Small Business

According to recent data, the newly passed Tax Cuts and Job Act does contain provisions small businesses can take advantage of with some strategic planning. This is what a new infographic by Micah Fraim, CPA reveals. Congress passed the $1.5 trillion tax bill with temporary tax cuts for individuals and permanent tax breaks for corporations in November 2018.

Have you ever searched for an attachment in an email, and spent more time than you would like to admit looking for it? Dittach has created a Chrome extension for finding and managing the attachments in Gmail that is as easy as a Google search.

Standing desks were being hyped as a cure-all for the sedentary nature of the way most of us work today, but a new study says otherwise. Curtin University in Australia has found standing desks can lead to “discomfort and deteriorating mental reactiveness” with prolonged use.

Waze Carpool has been relaunched with new features that allow users to choose who they ride with for added safety and convenience — and small businesses especially can bennefit. No More Blind Matching In the past, the Waze app blindly matched the person you shared the ride with based on pickup and drop-off locations. Times being what they are, this can be a scary proposition.

Dropbox has formed a partnership with Google (NASDAQ: GOOGL) Cloud which will bring Dropbox and G Suite users, including small businesses, together for seamless collaboration. Dropbox Partners with Google Cloud With this integration, Dropbox said it is delivering a unified home for work.

Time is Running Out! Read More on How to Make Sure Your Business is GDPR Compliant

The new European privacy regulation known as the General Data Protection Regulation (GDPR), goes into effect May 25, 2018. Businesses in the U.S. that store data of citizens within the European Union, must become compliant with GDPR before the impending May deadline.

Sony (NYSE: SNE) announced the Xperia XZ2 at Mobile World Congress 2018, where the prevailing theme amongst smartphone manufacturers this year has been cameras and entertainment.