Warning: How Safe are You and Your Employees from Your WiFi and Mobile Devices? 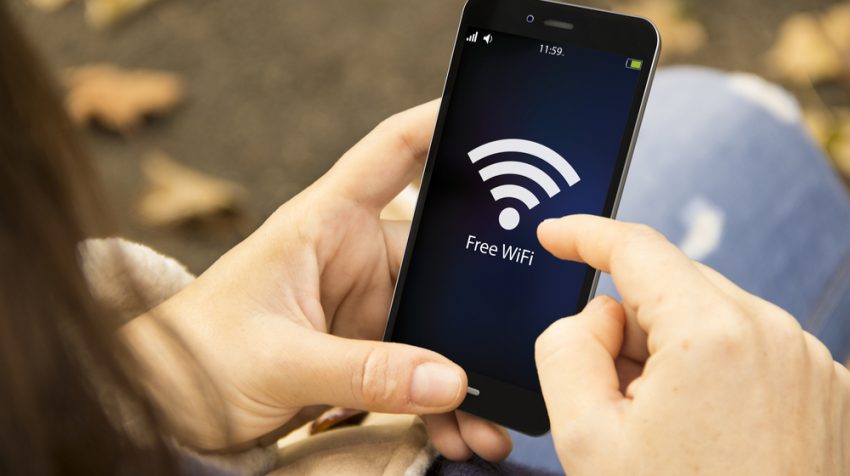 Should you need to worry about radiation from your WiFi?

Before I delve straight into answering that question, I guess I need to clear up a few of the basics first like: “what exactly is WiFi radiation?”

So here you go.

WiFi Radiation: What You Should Know

Most WiFi devices emit RF (radio-frequency) radiation (or microwave radiation) 24 hours a day. This radiation is more or less the same type used by microwave ovens for cooking food.

A microwave oven bombards your food container with microwave radiation. This produces molecular friction which heats up the contents of the container. Such a phenomenon is known as the thermal effect or the heating effect.

WiFi devices including the likes of wireless PCs and routers come with transmitters using microwave radiation to convey information back and forth into the air. Bluetooth speakers and headphones rely on the use of RF signals to play music. Even smartwatches use radio frequency to connect to your phone.

So should you worry about any of that? Turns out you should.

Radio frequency signals from Bluetooth, WiFi and cell phones, in general, are considered a nonionizing form of radiation.

Meaning, unlike the ionizing forms of radiation, say, UV light from the sun, or medical tests like x-rays or CT scans, they do not carry a whole lot of energy to alter or break your DNA which is one of the possible ways cancer can occur.

However, some research still comes with the suggestion that nonionizing radiation can have noticeable effects on living beings. Just how serious they are remains the question.

Some of the possible biological effects that have been linked to WiFi are:

So What Should You Do?

Now don’t get overly concerned about wireless networks because of the biological effects highlighted above.

After all, remember these are only linked to nonionized WiFi waves; there’s no real proof to back them up. And it has also been said exposure from a single router in your business or home may be very small. The risk may be considerably greater in places with dozens of routers and laptops working at the same time.

Anyway, here are a few precautionary steps for you to consider to be on the safe side:

1. Go for an Eco-WiFi Router

Because it offers a safer alternative to a standard WiFi conenction.

The software gives the router its unique ability to function in low EMF. This short video below can shed more light on the matter.

2. If Possible, Keep your Phone or Tablet Away from your Head or Body

Now, this is particularly true in areas with weak cellular signals. for e.g., when your cell has only one bar. That is because in such situations your phone would increase its functional power to compensate for the lack of coverage.

Carrying your phone in a bag instead of keeping it in your pocket can work wonders. You should also not rest your tablet on your body for an increased period of time.

And then, when you go to bed, consider having your phone away from the place of your sleep. Put it to the “flight” mode, or switch it off entirely.

Your Ethernet cable’s the one linking your router or modem to your PC.

Most people do not usually give this cable a second thought. If you are one among them, you are making a huge mistake.

The cable can be a source of EF radiation and hence, must be shielded as a precaution. You will find lots of cable categories — labeled 5, 6, 7, etc. — available for purchase. My recommendation would be to go for a Cat6a Snagless Shielded Ethernet cable. It is safer and more effective.

Always remember to switch off your WiFi when your device is not in use. The less the exposure, the better. With that, I will sign off finally for the day. Hope you had a great read.