Only 20% of Tech Jobs are Held by Women, How About at Your Business? (INFOGRAPHIC) 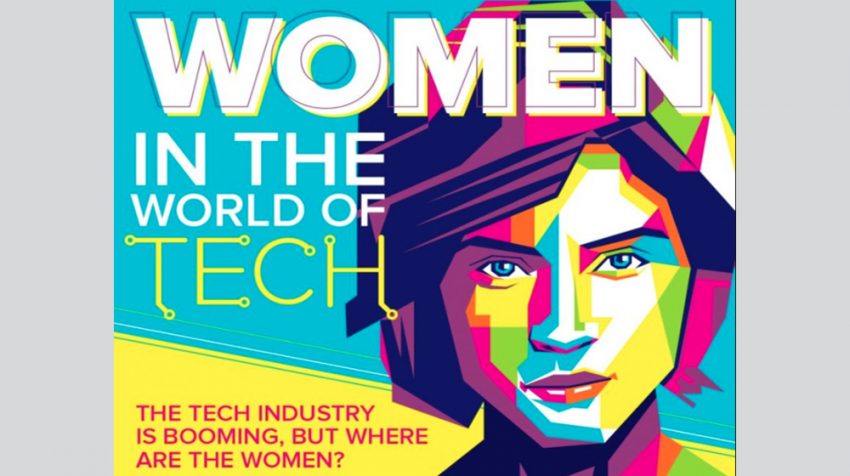 After a long slump, the tech industry appears to be finally back in business. Surprisingly, however, that has not brought cheer for women techies.

According to data compiled by virtual event solutions company, Evia, women make up less than 20 percent of U.S. tech jobs, even though they make up more than half of the U.S. workforce.

Even worse, women now hold a lower share of computer science jobs than they did in the 1980s. This is surprising because unemployment across tech positions in 2016 at 2.5 percent was significantly lower than the 4.9 percent national average.

The boom in the industry is creating more jobs for techies. Data reveals there were 627,000 unfilled positions in tech in April 2017.

Software, cybersecurity and cloud computing professionals, in particular, are in high demand. As a result, techies are making more money than most professionals. In 2016, tech workers received an average annual salary of $108,900 compared to the national average of $53,040.

Women in Tech Lagging Behind

Why are women then not able to make the most of these opportunities?

There are several factors that prevent women from pursuing a tech career. According to a survey, girls become interested in tech careers at age 11, but lose interest soon after. Experts believe lack of female mentors and gender inequality are some of the factors responsible for this trend.

On top of everything else, gender bias is extremely prominent in the tech industry. And unwittingly, companies foster a culture that doesn’t encourage women to pursue a career in tech.

Luckily, times are changing and big players such as Intuit and Salesforce are taking steps to attract more female employees.

In addition to investing in the recruitment and retention of female staff, companies are addressing the pay gap and offering flexible work policies.

What’s holding back women in tech? Check out the infographic below to learn more.

Shubhomita Bose is a Staff Writer for Small Business Trends. She covers key studies and surveys about the small business market, along with general small business news. She draws on 8 years of experience in copywriting, marketing and communications, having worked extensively on creating content for small and medium sized enterprises.
30 Reactions
Subscribe
Follow @smallbiztrends
RSS LinkedIn Pinterest iTunes