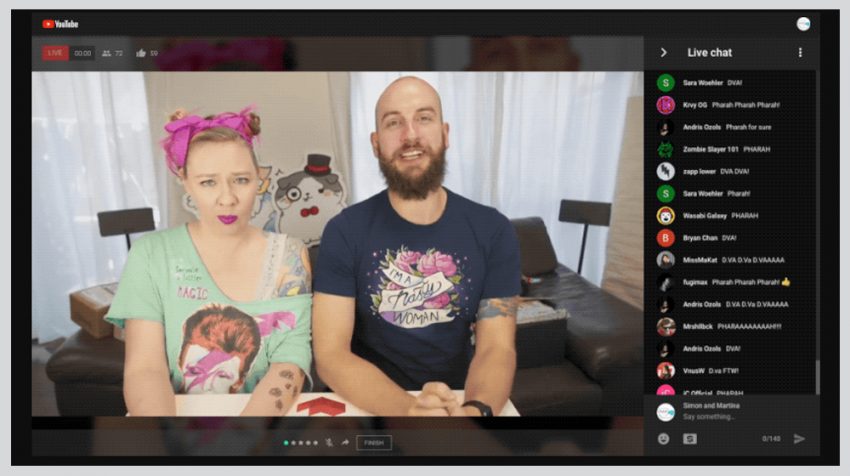 If your small business wants to broadcast live on YouTube, you can now live stream without additional encoders or software on your desktop using Chrome. YouTube announced the new feature on the official YouTube Creator Blog.

The process of live streaming has been simplified to just a couple of clicks, YouTube says. Before this new feature, streaming live content entailed going through complicated setups. Users would have to apply encoding software to capture the content from their device and send it to YouTube to be live streamed.

With live stream, small businesses can use video to engage with their customers and deliver value-added services. Whether you are a restaurateur, plumber or piano teacher, you can use live video to offer cooking lessons, teach basic plumbing or a particular music piece. And best of all, it has been simplified so anybody can use it.

By simplifying the process, YouTube is looking to get more creators to use the live stream feature, which is now a growing trend among users and other platforms. Facebook Live, Twitter’s Periscope and Twitch all provide the same capability.

YouTube tested the feature with creators, who were using it for beauty tutorials, fan updates and product reviews before making it available to all users.

As of now, you can only use the new service on Chrome, but Vadim Lavrusik, Live Video Product Manager for YouTube, said in the recent YouTube blog post, other browsers will soon be included. The capabilities will also extend to mobile devices. Lavrusik says you will be able to start a live stream directly from the camera app in select devices in the coming months, including some from Asus, LG, Motorola, Nokia and Samsung. But Lavrusik goes on to say the company’s goal is to make the feature available on more devices using its new YouTube Mobile Live deep link throughout the year.